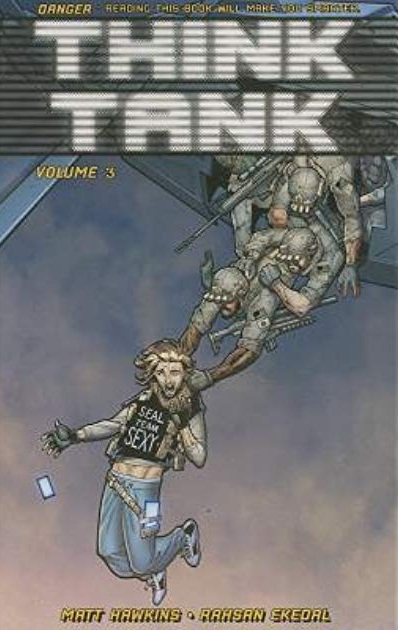 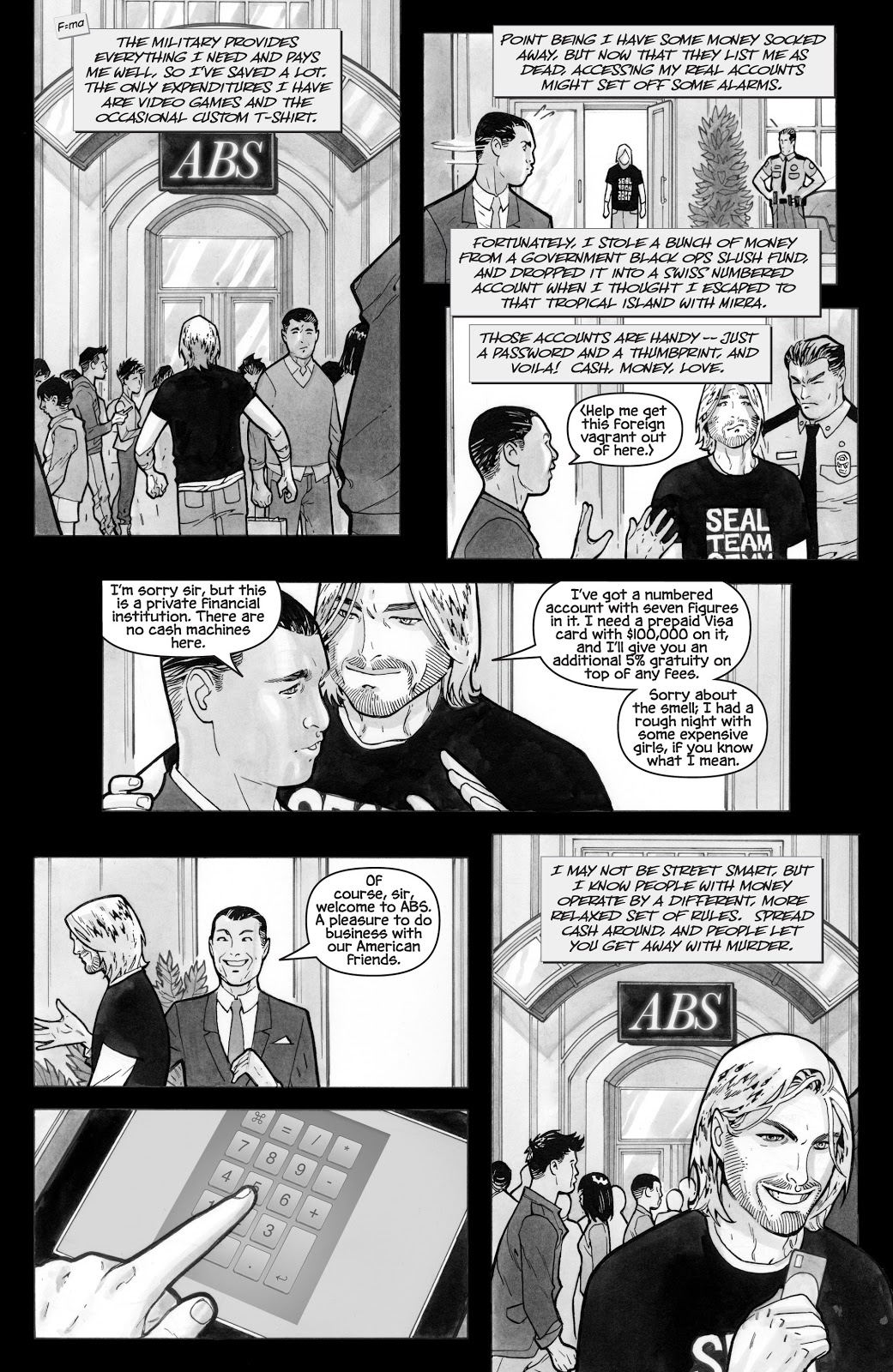 Until now technological genius David Loren has spent his time confined to a military base, coming up with a succession of military weapons. After the use of one in volume two, circumstances dictate he needs to be in field for an operation in Taiwan intended to rectify what’s proved to have been a mistake. It’s new territory for Loren and for the series.

In the brief glimpses of military hardware seen earlier in the series Rahsan Ekedal has applied the same dedication as he has to character and location. This volume requires far more military hardware, and he’s great with it all. It also requires constant shifts of scenery, base to jungle to warship to city and so on, and Ekedal convinces with all of them, pouring the detail into the jungle.

Filtered through Loren’s first person narrative, Matt Hawkins continues his subversive rolling out of how the USA deceives the world and its own population, with an off the record CIA overseas base prominent. The previous volume introduced a warmongering Senator with the President’s ear, and connections deep in the base where Loren works. Those connections and the manipulation they afford ensure Hawkins can build each of his chapters to a surprise ending. This is within an over-riding plot about the possible outbreak of World War III, the logic being that some politicians consider a war between the USA and China not only inevitable, but a good idea.

Is removing Loren from his lab a good idea? While there’s still a joy to seeing him manipulate out in the real world as there is seeing him within the lab, it also removes part of Think Tank’s fundamental DNA. The recommendations below supply several enthralling examples of other creators working in the spy or action thriller genres without a technical genius, yet none of them have worked on a series that has Think Tank’s unique selling points. Accept the shift of tone, and it’s also the case that none of those series have worked so overtly with imminent war. Also good is how Hawkins horrifically underlines something explicitly stated earlier in the series, that Loren’s greatest weakness is overconfidence, a supreme belief in his own infallibility. For all that, Loren using his wits and resourcefulness in the real world isn’t quite as entertaining as seeing him in the lab to which he returns for volume four.