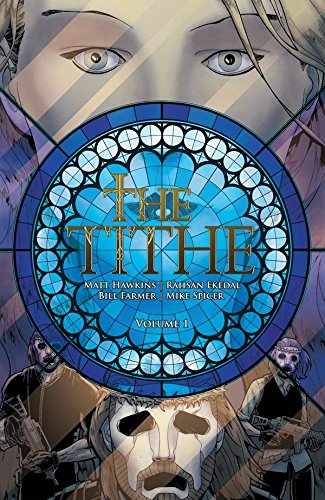 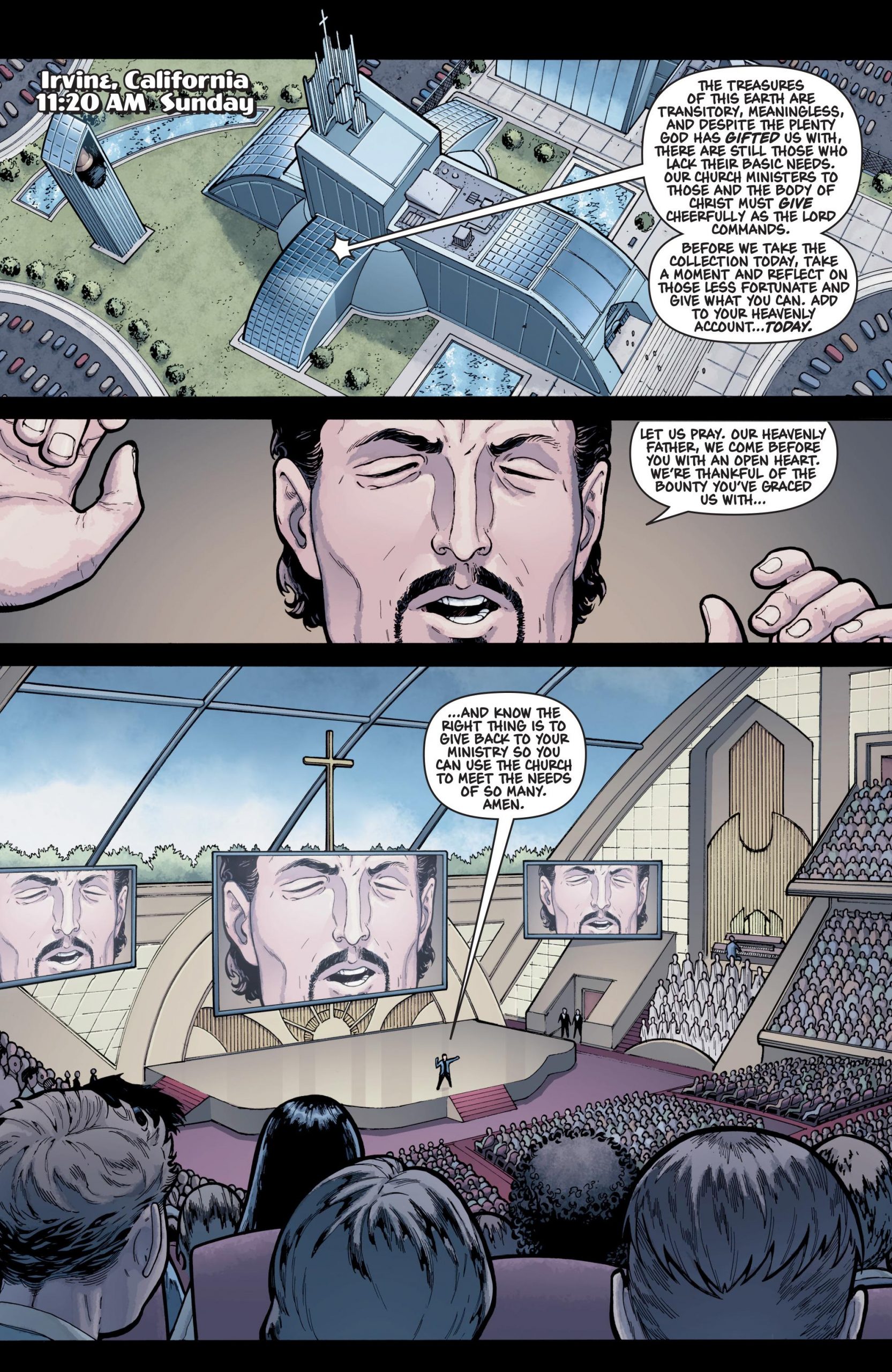 The tithe was traditionally the ten percent of a peasant’s income they were expected to donate to the Catholic church, and Matt Hawkins opening The Tithe with a quote from televangelist Jim Bakker, convicted of financial fraud in 1999, pretty well sets the theme.

Pastor Tibbett is shown on the sample page, convincing the congregation to give generously during his state of the art service in his very expensive church. He doesn’t know it, but he’s been targeted by the hacker Samaritan and is about lose not only that money, but the content of his vaults. Readers see it’s a woman calling the shots, sending taunting messages to investigating FBI agents Dwayne Campbell and Jimmy Miller, and gradually learn there’s a purpose to what she’s doing.

What at first seems to be a very obvious attack on preachers who defraud people in the name of god is wrapped in a thoughtful procedural investigation story by Hawkins. He widens the focus to include the people aiding Samaritan and their individual problems, stresses the public resentment at the FBI when Samaritan does what they can’t, and sets up pertinent motivations for Campbell and Miller. One has sincere religious beliefs and resents those who’d exploit what he sees as the truth, while the other is frustrated that there’s a superior hacker out there.

Rahsan Ekedal collaborated with Hawkins on the similarly smart Think Tank, and has become a more polished story-led artist. There’s no slacking about his fully detailed pages as he brings the characters to life and places them in location that he’s taken the effort to ensure look real.

Over the first couple of chapters Hawkins sets the seeds for the finale, suggesting several ways things might not go to plan for either the FBI or Samaritan, and while incorporating what’s been hinted at, he still comes up with a tense ending of what turns out to be only the first story arc. It’s a very enjoyable crime caper, and there’s more in Volume 2.

The story only occupies two-thirds of the pages, which for any other graphic novel might be seen as shortchanging the readers, but Hawkins takes a very personal hand in the bonus material. He gives references for his sources about topics that feed into The Tithe, provides an essay about his own relationship with religion, and his thoughts on some of the story’s characters. Eight pages previewing another of Hawkins’ series is either welcome, or having customers pay for the marketing of Postal depending on your view. Less bonus material from Ekedal features, but you do get all covers to the original serialised issues. 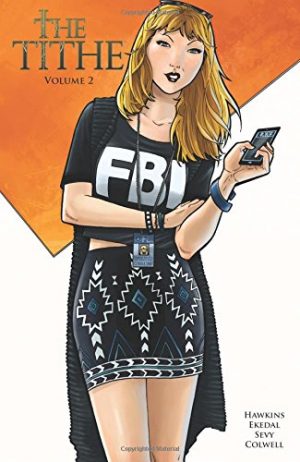 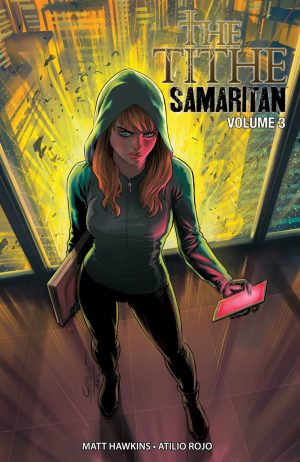