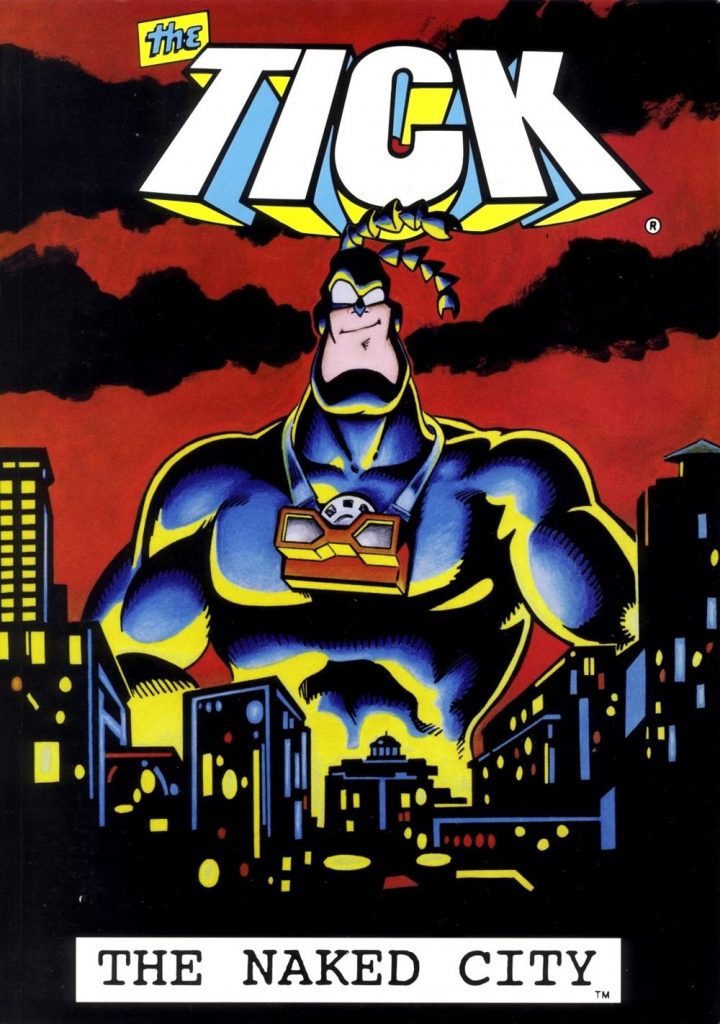 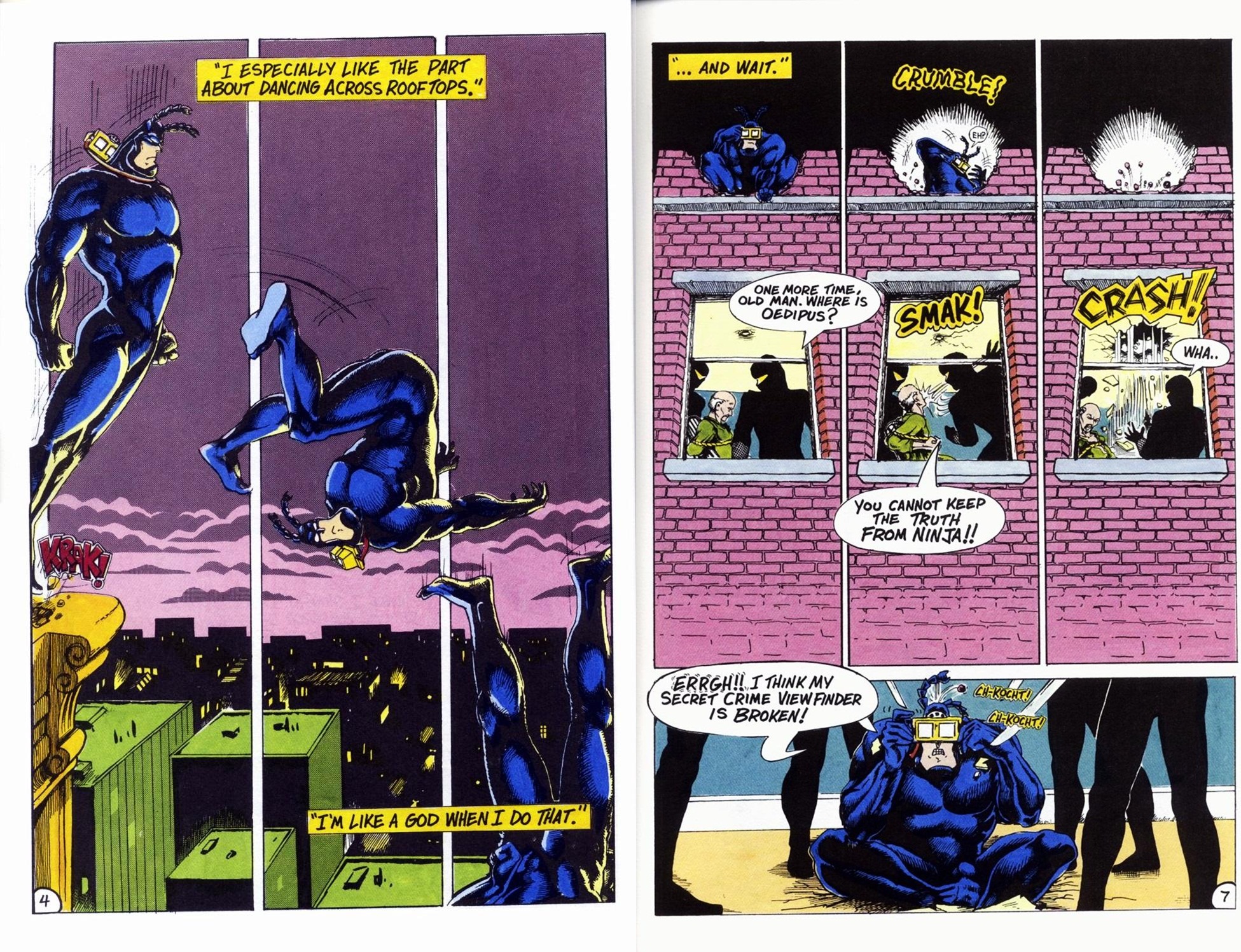 With both an animated series and two live action TV series, The Tick has to rate as the most successful superhero series ever to originate with an individual rather than a company. Series creator Ben Edlund has always been far sighted, keeping his comics in print in the 1980s and 1990s so that anyone could always start the series from the beginning, and was a relatively early adopter of graphic novels. This 1996 collection, for instance, is the earliest stories of the parody character, but the coloured versions, as opposed to the same content in black and white in The Tick Omnibus Vol. 1: Sunday Through Wednesday.

These early stories may be crude in places, but they display a clear creative vision, and a laudable degree of originality. Edlund acknowledges the initial similarities between the Tick and Dave Sim’s Moon-Roach character, both parody superheroes having a shaky connection with sanity, but distances himself from that relatively rapidly. As the sample pages show, he may be taking his layouts from superhero comics, but he’s mastered their techniques early, while his drawing style has more in common with the exaggerations of 1970s underground comics. His influences, however, extend beyond as a homage to Edward Hopper’s Nighthawks painting displays. The art is a little rough around the edges, but it carries the story

The Tick is dressed as a superhero, but there’s little superheroic action, as he may be muscular and invulnerable, but he’s also a deluded idiot whose trouble-stopping is more by accident than design as he stumbles into situations. What makes him work is that Edlund is a funny guy. When the Tick is told the place will shortly be crawling with ninjas, he’s not afraid, as ninjas are more afraid of you than you are of them, and Edlund introduces the idea of a ninja theme park. It’s only in passing, but hilarious. The Tick’s dim pomposity and attention deficit are here from the start, and Edlund surrounds him with other ridiculous characters such as the dull and overweight Arthur, and Paul the Samurai, who spilled into his own brief series.

A seat of the pants freshness still characterises The Tick after all these years because the jokes are good, and the parody rapidly moves beyond comics into more general action film tropes as the saga of the ninjas continues. The second, single chapter story displays a growing sophistication as it deals with staged superhero scenarios, packaged and sold with a framed photographic memento. It might move back to superheroes, but it’s got a high joke density and shows Edlund being able to compact his ideas.

This was Marlowe’s sole dalliance with the Tick, and now long out of print. As the colour is little more than functional, a better bet is the same content in black and white as The Tick: The Complete Edlund, adding the next six issues Edlund wrote and drew.