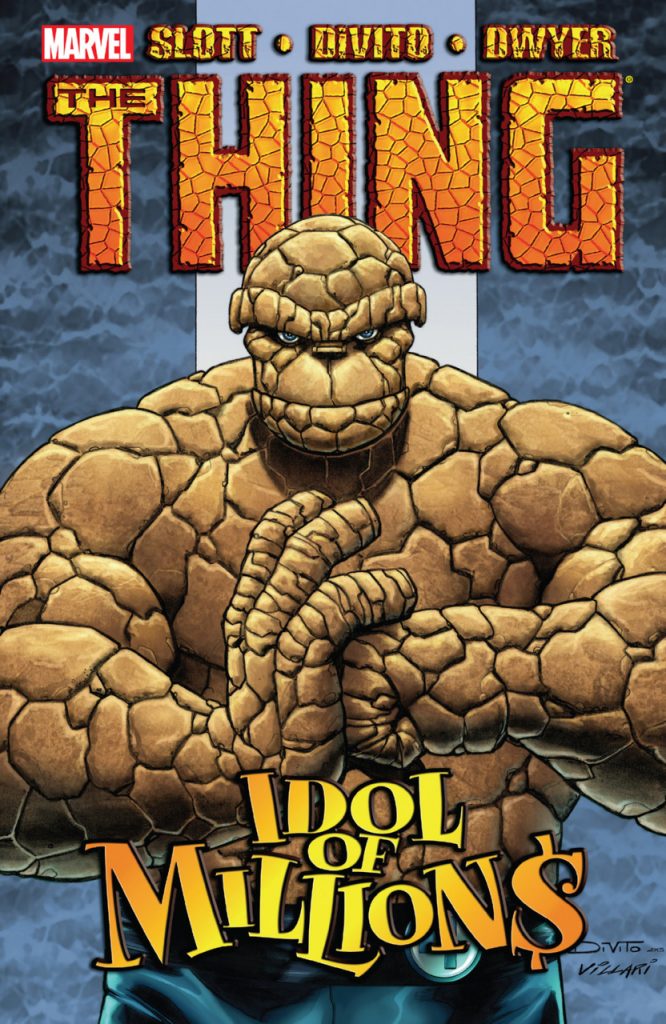 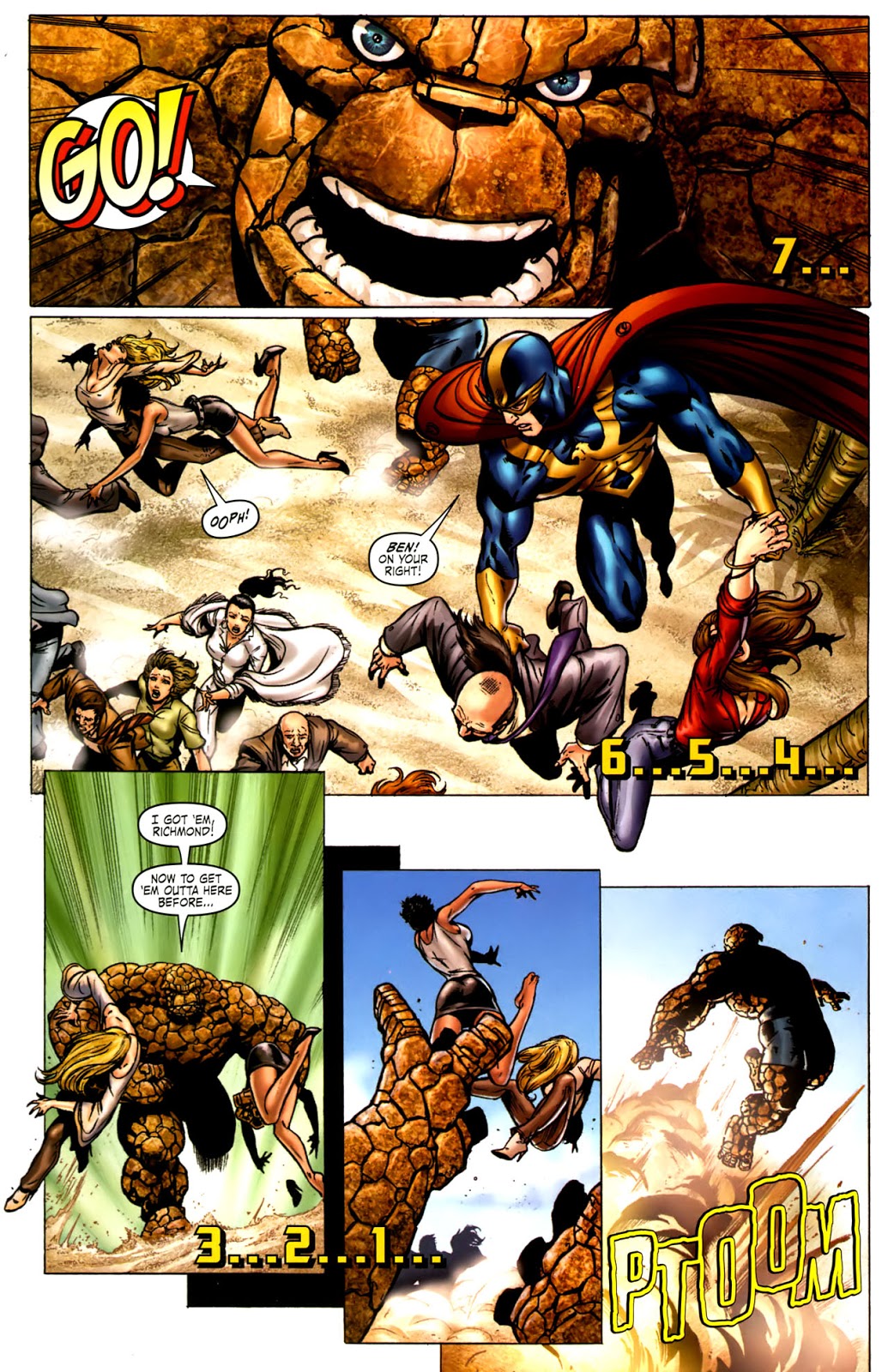 The Thing has been a troublesome character for Marvel for a couple of decades now, with no-one really sure what to do with him. His gruff, blue collar personality and great visual appearance were once novelties, and while there really isn’t another character like him to this day, his appeal has diminished considerably, with the 1980s the last time he was a headliner.

It’s probably why Dan Slott, then an unknown writer, was given a free hand with him in 2006, slightly modifying how the Thing is generally perceived. His starting point is the revelation in J. Michael Straczynski’s contemporary Fantastic Four that the Thing is actually immensely wealthy due to his being a quarter of the FF and sharing in all their patents and discoveries. Slott twists that slightly, with the Thing controlling his finances being the difference, whereas previously his money had been funnelled into the cost of repairs, research and modifications to equipment.

Slott ensures the Thing is embedded in the wider Marvel universe away from the Fantastic Four. They have cameo roles, but Slott writes as it as if it’s his one shot at using all the Marvel heroes he loves, and so plenty of others are used. The Thing remains central, with the wider cast revolving around him. This leads to a unique Hulk vs Thing battle, and there are also roles for Nighthawk, Daredevil, Tony Stark, the Inhumans, Spider-Man and others, with Andrea Di Vito’s art looking like he’s getting a kick out of drawing every single one of them. In comparison Kieron Dwyer’s final episode is very ordinary.

For all the guest stars, interesting villains and imaginative sequences, this isn’t as good as Slott’s later work. He’s fine with the superhero elements, but strip the cast back to their personalities and it’s all very shorthand and unconvincing, from the Thing’s new girlfriend to the use of villain the Constrictor, someone Slott is unaccountably fond of, as he’d use him in other series. The best piece of characterisation is the Thing returning to the Yancy Street community where he was raised. So, there’s a base level enjoyment, and Slott has rarely been poor, but anyone gathering his entire works can leave this for a while.