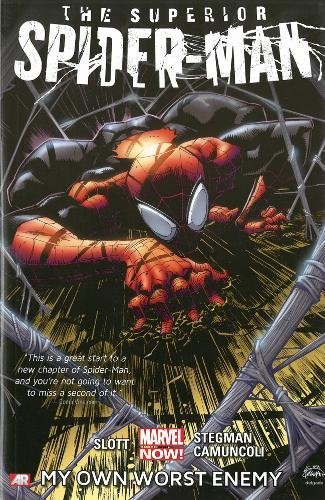 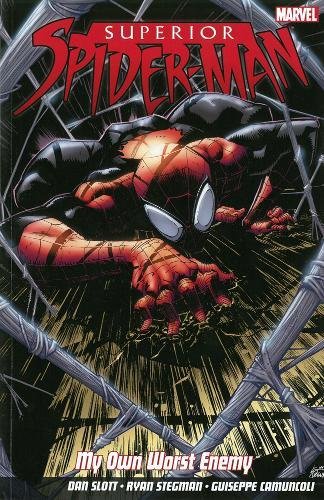 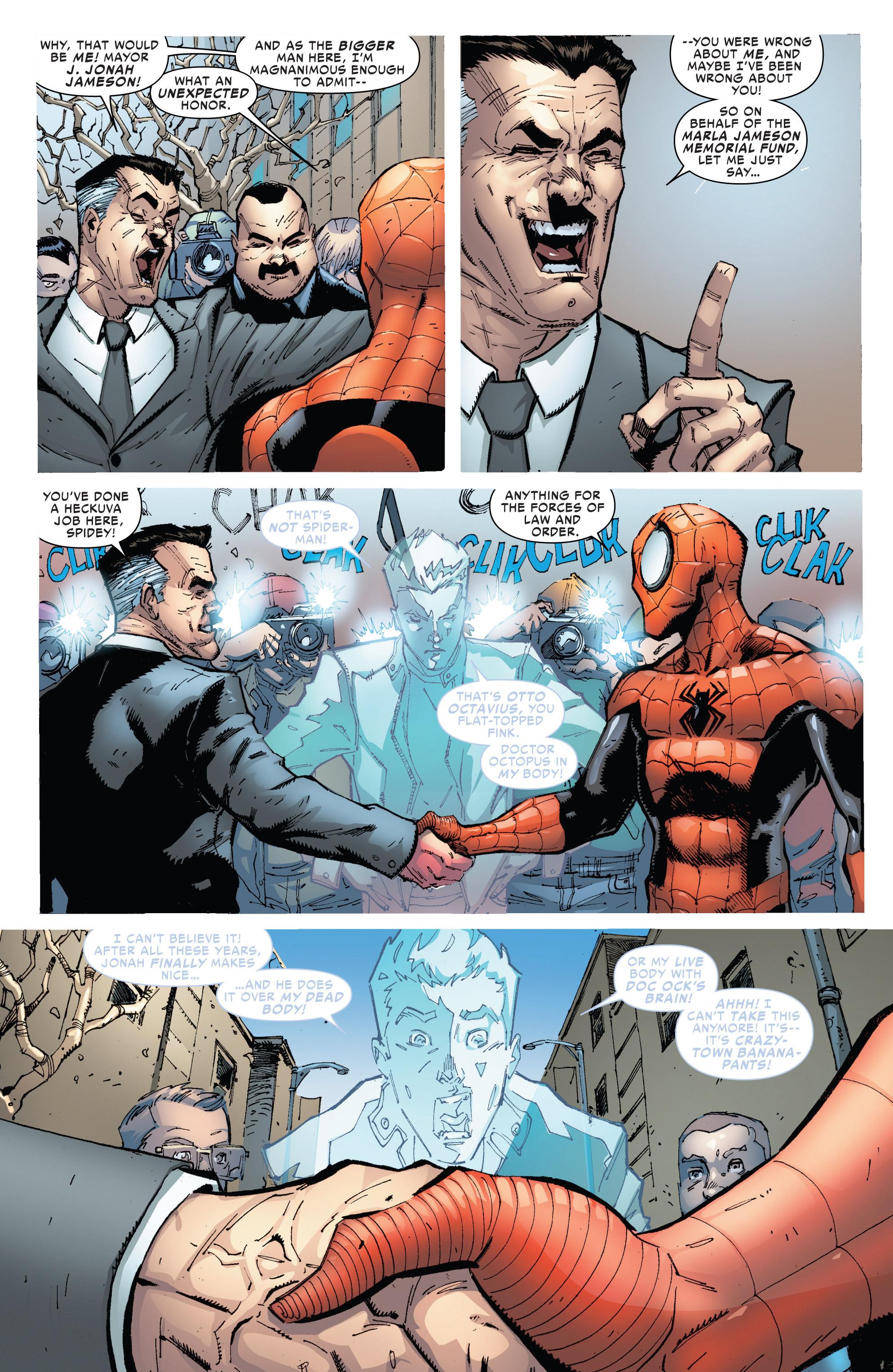 The Superior Spider-Man began with a big surprise. It’s unlikely anyone now coming to the series will be unaware of what that is, but just in case if you’d prefer to be shocked by the opening pages of My Own Worst Enemy, don’t read beyond the third paragraph.

The series began in 2013 when Dan Slott had already been writing Spider-Man’s adventures for several years. He’d introduced several concepts that freshened the character, not least ensuring that Peter Parker had a run of good luck for a change. That all came to a halt with Dying Wish.

Spider-Man had essentially been the same character since his 1962 introduction, which was Peter Parker, or clone thereof. He wasn’t so stale as to need the electric shock paddles, but Slott’s method of giving the series a considerable jolt was new and eventually well received, although scepticism was the prevailing mood on publication. This wasn’t short term. Superior Spider-Man was serialised for almost three years, generating six graphic novels, all of them very readable.

Peter Parker’s body is still Spider-Man, but the controlling intelligence is that of Doctor Octopus. It’s a match that works as for all the personality differences, Otto Octavius is also a scientific genius, therefore able to hold down Parker’s job, and his different approach to science enabled a visionary change in how Spider-Man operates. Minor social problems are overcome by Octavius being able to access Parker’s memories. He is far less tolerant, far more egotistical, and obsessed. He continues to be Spider-Man to prove himself a better version, hence the title.

A rotating selection of artists contribute to the series. Ryan Stegman introduces the project. He’s adaptable and capable, bringing this new Spider-Man to life in slightly more jagged and cartoon manner than has been customary, which fits the new identity. Thereafter Giuseppe Camuncoli, who’d already proved himself on Spider-Man, takes the new version on a test drive.

Almost immediately Slott throws in scenes displaying the difference between the new Spider-Man and old. He’s more violent, and views J. Jonah Jameson as a man he can get on with. Slott also establishes early that there’s some residue of Peter Parker remaining, but Octavius is unaware of this, and that the personality change isn’t so drastic that it prevent him fooling even those closest to Parker. Slott’s writing is noted for its whimsical elements, and these are very apparent and enjoyable, most obviously in the manner in which Octavius massively improves Spider-Man’s early warning system to prevent dates with Mary-Jane Watson being interrupted. Further clever twists on what Spider-Man could be as a different personality abound, and while they won’t have their greatest relevance until Parker regains control of his body, Slott’s already introducing factors important to his conclusion. There’s also the matter of Parker’s love life “A woman like Mary-Jane Watson lives for danger and excitement, and now that I’ve factored that in…” It’s creepy.

This is first rate superhero comics. There’s an accumulation of little moments to enjoy, possibly more so for people who’ve read a lot of Spider-Man, and a constant wit and intelligence the guiding factor. Octavius is aghast that Parker never earned his doctorate, and even the Vulture, one of Spider-Man’s oldest and most basic enemies, is upgraded into something altogether more troublesome while remaining true to the long-established version. Slott’s vision continues in A Troubled Mind.

The material reprinted here can also be found combined with the preceding issues of Amazing Spider-Man: Dying Wish in hardcover as Superior Spider-Man Volume 1. 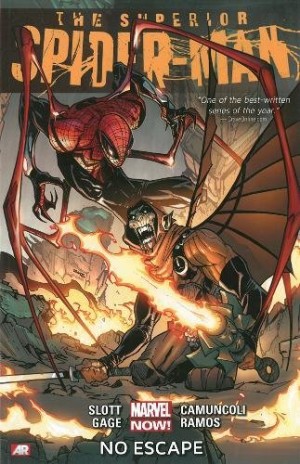 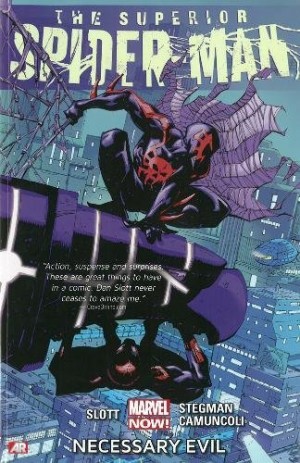