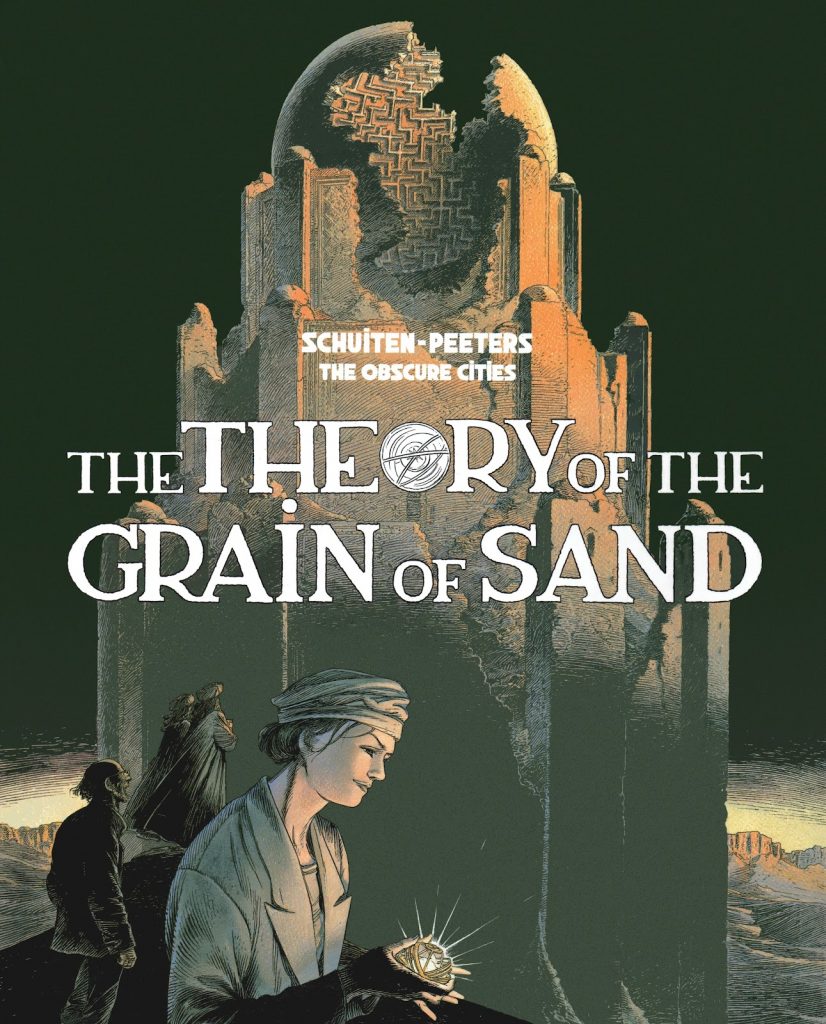 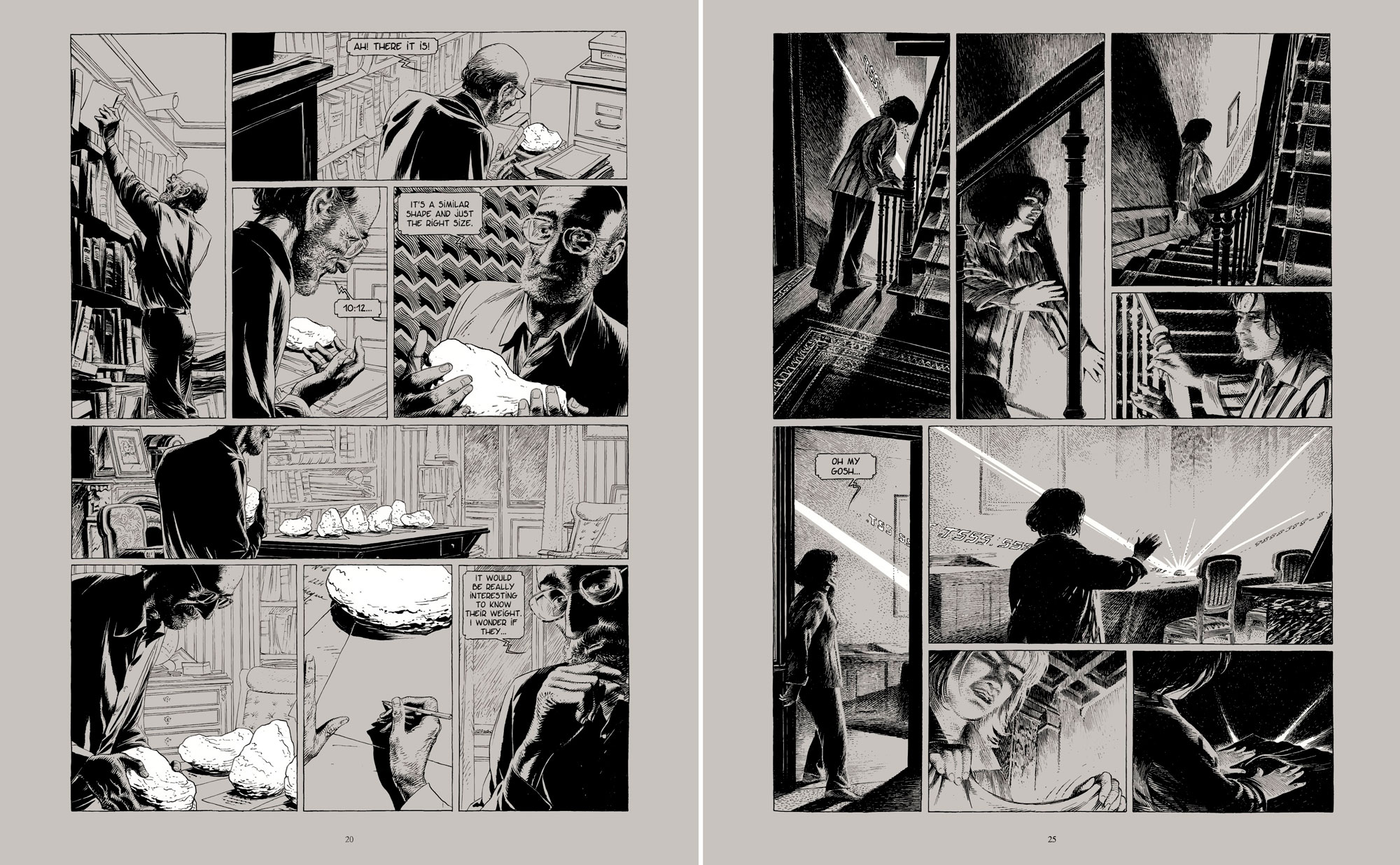 The Theory of the Grain of Sand is a series of interlinked mysterious events that occur in the city of Brüsel. It’s an alternate version of Brussels with airships, pedestrian skybridges between towers, double-decker trams and all the other steampunky, neo-Metropolis features (although they call it ‘Post-Urbicande’ style) that are a feature of François Schuiten and Benoit Peeters’ Obscure Cities. In an apartment building, a woman discovers sand scattered through her rooms. A man in another apartment finds a large stone sitting on his desk. A man who runs a restaurant finds he has unexpectedly lost weight. A bearded, turbaned man almost seven feet tall known as Gholam Mortiza Khan, from the eastern country of Boulachistan, has been trading jewellery with a dealer, Elsa Autrique. He usually does this through an intermediary but decides to come to Brüsel himself. Autrique is fascinated by the intricate talisman he wears and convinces him to lend it to her, but when he fails to return, the small oddities begin to accelerate into frightening disruptions. And other unexplainable phenomena begin happening elsewhere in the city.

The pages are coloured a single uniform grey, including the speech balloons and gutters, so the entire image area is tonally muted. All the items alien to the environment of Brüsel are white, which glows against the grey and lets the reader know they don’t belong there, a clever and dramatically simple artistic effect. It also has a story purpose too when Mary von Rathen arrives in town to investigate these phenomena. The former Leaning Girl is now a renowned authority in solving the unsolvable. She is able to see what others cannot: the nature of these disruptions in the fabric of this universe. The ’theory’ in the title of this volume is an idea much like Lorenz’s Butterfly Effect, one of the cornerstones of chaos theory of the world linked in such a subtle, complex way that ripples from a butterfly flapping its tiny wings in Pyeongchang can eventually multiply to become a tornado in Kansas.

Originally published in two landscape volumes in 2007 and 2008, The Theory of the Grain of Sand has been redesigned with a conventional layout for this English edition. It also includes a thirteen page afterword detailing the history of the house occupied by Autrique. Schuiten and Peeters enjoy mixing elements of the real world into their stories where possible, often using their friends as models for characters and turning real locations into fictional ones. The real Maison Autrique was built in Brussels in 1893 by the Art Nouveau architect Victor Horta, and the Obscure Cities team, big fans of his work, were heavily involved in the restoration of this neglected building back to something like its original form. Drawings by Schuiten and text by Peeters explain the stages of the process and Horta House is now open to the public. This afterword also lets us understand why this book might feel like just one more cog in the metafictional machine built from art and architecture that preoccupies these creators, with plots and characters which don’t quite join up, but beautifully elaborate surfaces you can lose yourself in. 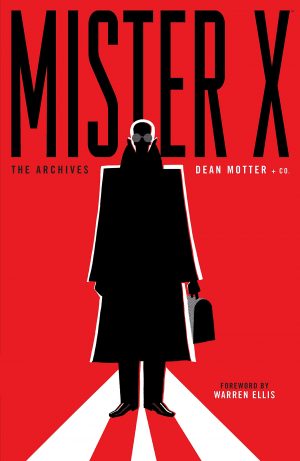 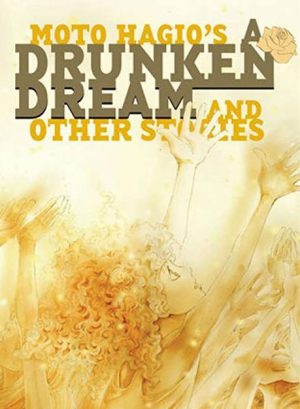