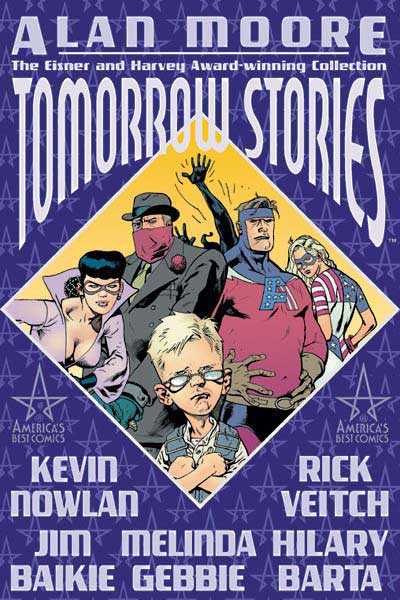 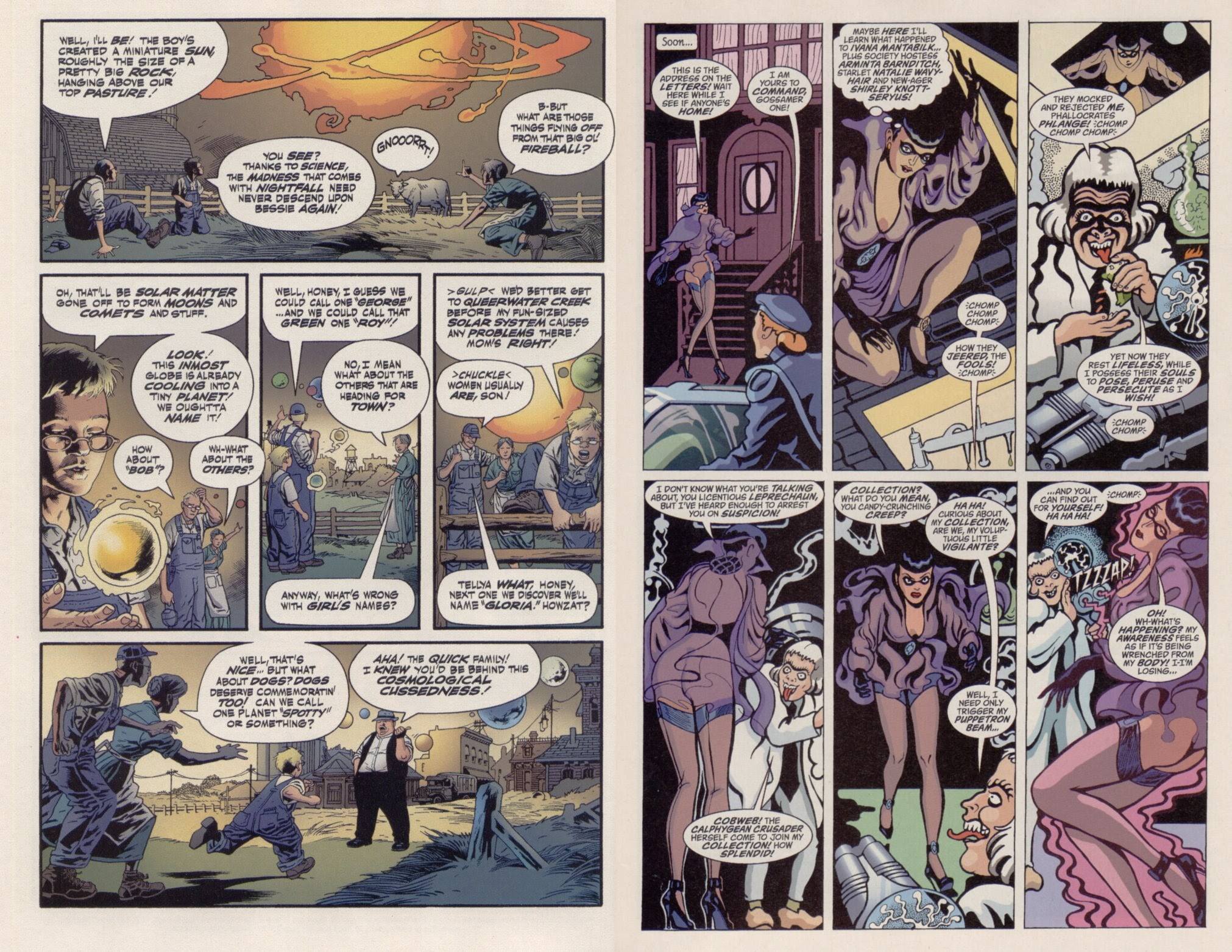 Alan Moore revolutionised American comics with a series of stunningly well-crafted series and shorter stories featuring characters created by others, and in the late 1990s began working for Jim Lee’s Wildstorm outfit. Initially writing for the imprint’s reductive and post-modern line of superheroes he gradually began constructing his own universe, loosely based on a number of perennial concepts, genre archetypes and the visual likenesses of some 1940s characters long unused – and unclaimed – by copyright farmers.

It deftly injected some fun back into a medium plagued and overwhelmed by grim tales of assorted vengeances and mind-numbing violence. The stories also found room to intellectually challenge as well as play with the readership. Moore and a selection of his very talented friends employed all the vast benefits of a shared continuity without becoming bogged down in histrionics and shallow bombast, producing a line of clever, witty, beautifully illustrated adventures aimed at those adults grown from the Baby-Boomers. They fed the comics revolution only to be somehow deprived of their fundamental fascination by an industry increasingly devoted to fads and short-term profits.

The most perfect example of this erudite graphic philosophy was undoubtedly Tomorrow Stories, a series designed as a themed anthology title and the greater part of which has been collected in two splendidly wacky volumes of action, suspense, adventure, mystery and imagination.

Volume One, fully scripted throughout by Moore, leads with the introduction of Jack B. Quick – Boy Inventor illustrated by the incredibly talented Kevin Nowlan (sample spread left) who introduced a junior Edison in ‘Smalltown Stardom’. The juvenile super-genius, resident on a farm in rural Queerwater Creek, rashly creates a miniature sun in the back pasture and must deal with the diminutive solar system that develops – causing traffic chaos and concomitant conniptions amongst the townsfolk and livestock. Blending cutting edge science with wondrous surreality this feature always conceals an uplifting laugh amongst its conceptually challenging wonders.

Rick Veitch illustrates Greyshirt, a fulsome tribute to Will Eisner’s urbane detective The Spirit, and the feature begins with ‘Amnesia’, a tale of stylish murder. Jim Baikie slipped comfortably into broad parody and biting satire with the patriotic wonders The First American and U.S.Angel, battling Nazis, aliens and daytime television audiences in ‘Dumbsday!’

The first issue closed with ‘The Cobweb’ an exotic pastiche of such (scantily) costumed 1940s mystery women as Phantom Lady and Tarpe Mills’ Miss Fury in a plethora of artistic styles provided by Melinda Gebbie (sample spread right). This crusading feminist Lady of the Night stars in a thought-provokingly whimsical yet sinister tale of scandalous delights and forbidden horrors wherein the Amorous Avenger battles a mad scientist who literally turns women into toys and playthings.

That’s some creativity and variety already, and a fifth strip duly arrives, again a complete contrast as Hilary Barta reintroduces an old champion awakened to a world that has pretty much outgrown him. Inky Idol Splash Brannigan: Indelible Avenger made a long-overdue first reappearance in ‘The Return of the Remarkable Rivulet!’, wherein a downtrodden comics artist accidentally frees an ebullient liquid asset to fight crime and crush her intolerable deadlines.

Bold, insightful, witty and not at all precious, Tomorrow Stories is a brave attempt at being fresh with archetypes whilst asking audiences to respond with brain as well as gut. There is a Book Two, you know. 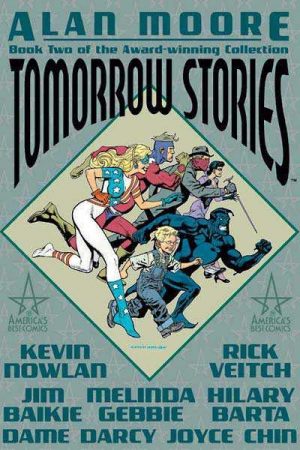