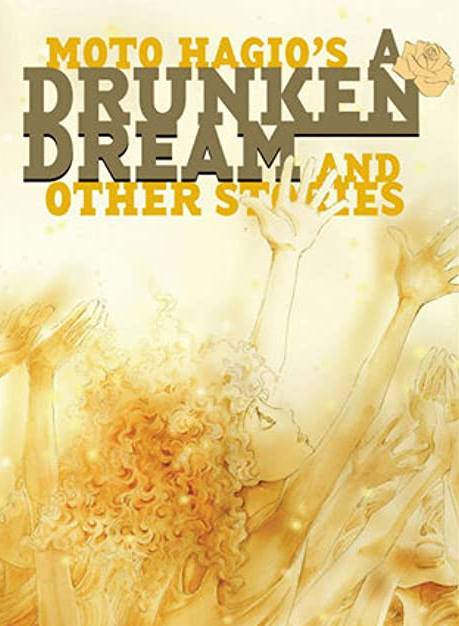 In Japan a new wave of female artists and writers stormed the male bastions in the 1970s, transforming a niche into a viable, autonomous marketplace, consequently reshaping the entire manga landscape in the process. At the forefront and regarded as part of a holy trinity of astoundingly gifted and groundbreaking creators is Moto Hagio. The other two, if you’re in the mood to go googling – and of course, other search engines are available – are Keiko Takamiya and Yumiko Oshima.

This hardback collection presents ten short stories selected by translator Rachel Thorn as representative of a career spanning more than fifty years. Hagio’s most popular works are generally science fiction, but this volume traces her beginnings through more traditional themes of romance. However, she probes into far darker and more personal subjects, so the contextual matter might be a tad distressing. It is all, however, rendered with stunning sensitivity, brilliantly visual metaphors and in truly beautiful graceful tones and lines.

The opener ‘Bianca’ from 1971 is a wistful reminiscence and disguised disquisition on creativity wrapped in the tragic story of a childhood companion whose parents separated, whilst 1971’s ‘Girl on Porch with Puppy’ is a disquieting cautionary tale about little girls who don’t try to fit in. From the same year, ‘Autumn Journey’ is a complex mystery concerning a young man trying to meet his favourite author.

‘Marié, Ten Years Late’ hails from 1977, a heartbreaking example of a “Sophie’s Choice” as a lonely, frustrated artist discovers the truth behind the breakup of a perfect friendship, whilst the science fictional ‘A Drunken Dream’ (1980) deftly describes a doomed reincarnating romance which has spanned centuries and light-years. This is the only full colour story in a generally monochrome volume. Hagio is among the creators credited with creating the “boy’s love” sub-genres of shōnen–ai and Yaio: sensitively homoerotic romances, generally created by women for women and this lyrical, star-crossed fantasy is a splendid example of the form.

‘Hanshin: Half-God’ (1984) is a disturbing, introspective psychological exploration of Hagio’s favoured themes of familial pressure and intolerance, described through the lives of conjoined twin sisters. Yucy is a beautiful angelic waif whilst Yudy is an ugly withered homunculus. Yudy narrates, and her life is changed forever by an operation to separate them. This incredibly moving tale adds barbed edges and ground glass to the ugly duckling fairytale and cannot fail to shock and move.

From the same year comes longer romantic tale ‘Angel Mimic’ as a failed suicide eventually evolves into a slim chance of ideal love, which leads into the harrowing tale of rejection that is ‘Iguana Girl’. Although couched in fantasy terms, this tale of contemporary Japanese family life follows the life of Rika, an ordinary girl whose mother thinks she is a monster, and how that view warps the way the child perceives the world throughout her life.

‘The Child Who Comes Home’ (1998) again examines rejection, but uses the memory of a dead son and brother to pick open the hidden scabs of home and hearth. This superb commemoration ends with the elegiac and almost silent, solitary pantomime of 2007’s ‘The Willow Tree’, showing yet another side of family love.

Abuse of faith and trust. Love lost or withheld. Isolation, rejection, loss of purpose. All these issues are woven into a sensuously evocative tapestry of insightful inquiry and beautiful reportage. The stories grew up as the readers did; offering challenging questions and options, not pat answers and stifling pipedreams. Sequels please, ASAP!