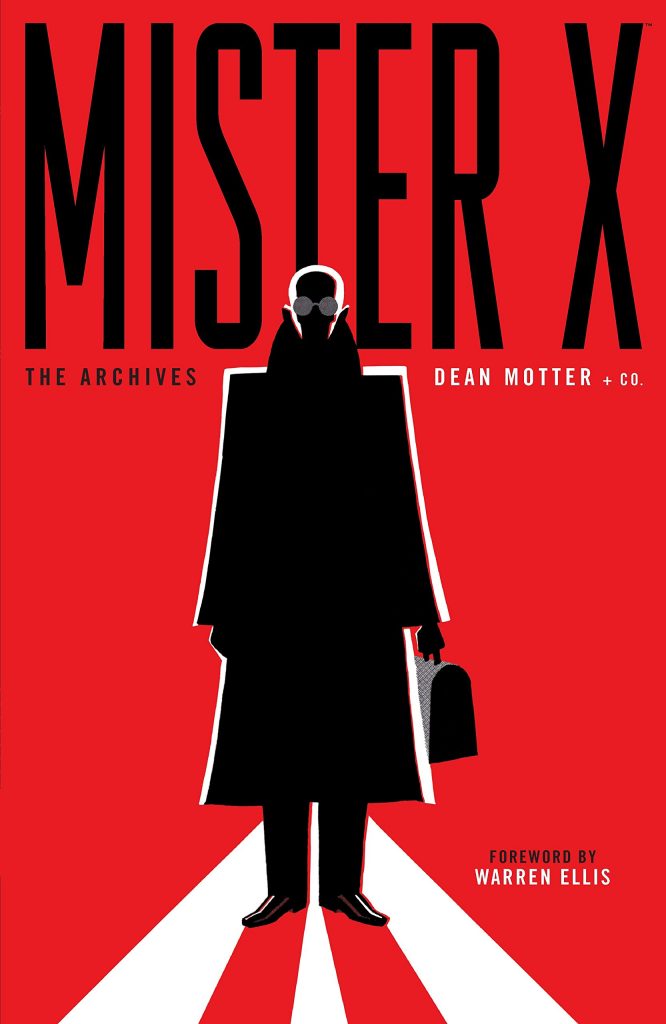 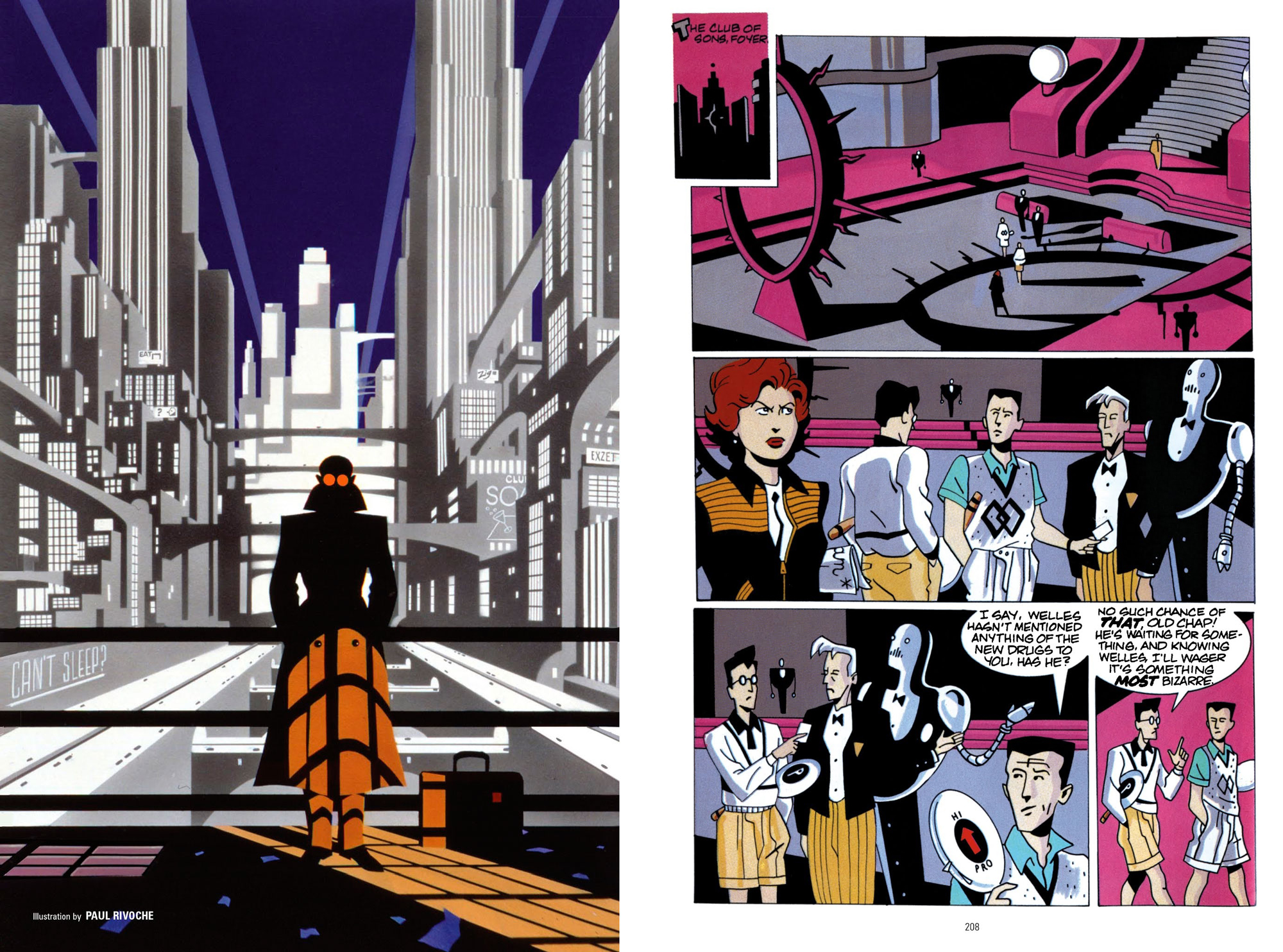 Around 1980 an image began circulating in comic shops and trade magazines that showed a beautifully designed retro-future cityscape reminiscent of the 1927 SF masterpiece Metropolis, with a shadowy figure in the foreground. The poster by Paul Rivoche was advance publicity for Mister X, a series created and written by Dean Motter and drawn by Rivoche, set in a dystopia called Radiant City. It was evidently inspired by the ideas of Le Corbusier, a foundational modern architect famous for the Modulor and high-rise buildings made of concrete. As details emerged, anticipation for this series grew and grew, advance orders were high, and more intriguing poster images followed. But years passed and no comics appeared. Eventually it was announced there would be no work from Rivoche or Motter but instead, the Hernandez brothers of Love & Rockets were to be the new creative team. Four issues of Mister X were produced by Gilbert, Mario and Jaime Hernandez before they departed. Eventually it restarted with scripts by Motter and art by Seth, in a kind of Yves Chaland-pastiche style, lasting another nine issues before Seth also left.

Mister X: The Archives is a 384-page collection that features 13 issues of Mister X with art from Jaime and Gilbert Hernandez, Paul Rivoche, Seth, Ty Templeton, and Klaus Schonefeld, plus the final 14th issue written and drawn much later by Dean Motter. It’s introduced by Jeffrey Morgan, editor of 1980s rock magazine Creem. Warren Ellis writes a foreword and Dean Motter also supplies a short intro. Many artists and writers at various times either did pin-ups or short stories with their tributes to this character, and this book contains a three-page story by Dave McKean plus an eight page story Heartsprings and Watchstops, illustrated by McKean and written by Neil Gaiman; Bill Sienkiewicz writes and illustrates The Brain of Mister X, an ‘unfinished episode’ that is eight pages of painted art plus two pages of sketches; five pages of drawings from Paul Rivoche form the ‘Somnopolitan Sketchbook’; pin-ups from Michael Wm. Kaluta, Howard Chaykin, photographer Dan Couto and illustrator Glen Hansen and all the covers drawn by Rivoche round out the collection.

“Sleep… is a waste of time…so much to do, and so little time to do it,” says Mister X as he injects himself with the drug that will keep him awake. The premise of the driven, restless Nosferatu-esque protagonist silently haunting the giant skyscrapers of his flawed city, looking for answers among its damaged citizens is very compelling. Rivoche’s superbly evocative initial designs were enough to hook a great many people, but ultimately there isn’t much else to Mister X except a great concept. The only version of Motter’s character that feels intriguing is the four issues by the Hernandez brothers who fill the content vacuum by merging their L&R universe with his. The rest of this book is a collection of creaking clichés and vaguery. Some of the art is enjoyable, the exciting graphic design is so good it almost convinces you there is something compelling underneath it, but overall there’s no there here and this archive is likely to be read once and never again. If you’d like to keep your affection for Paul Rivoche’s wonderful image intact, read The Return of Mister X and let your involvement end where the Hernandez brothers do. 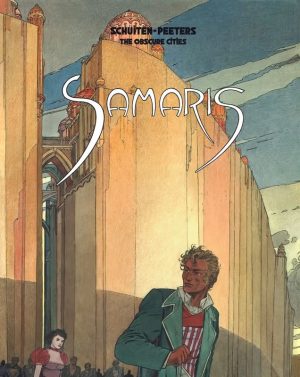