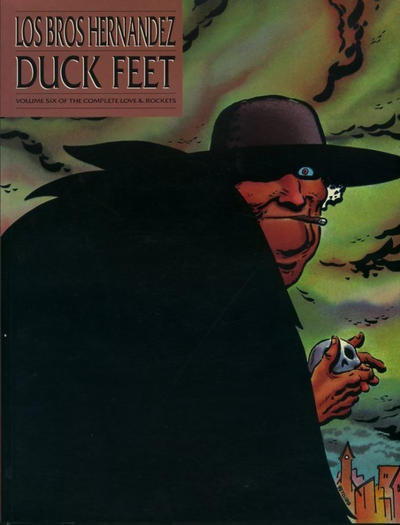 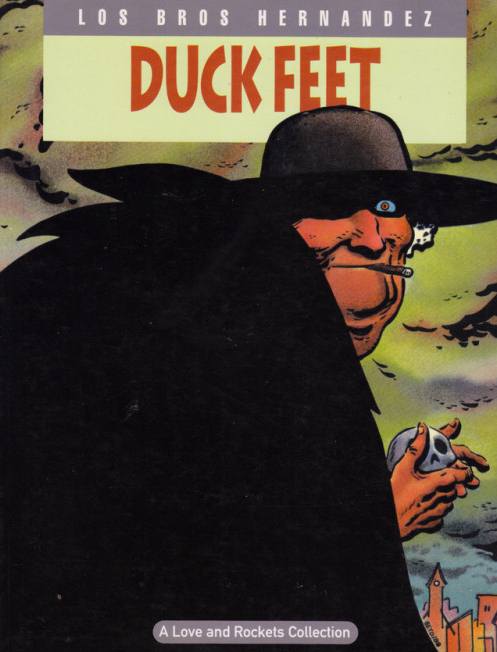 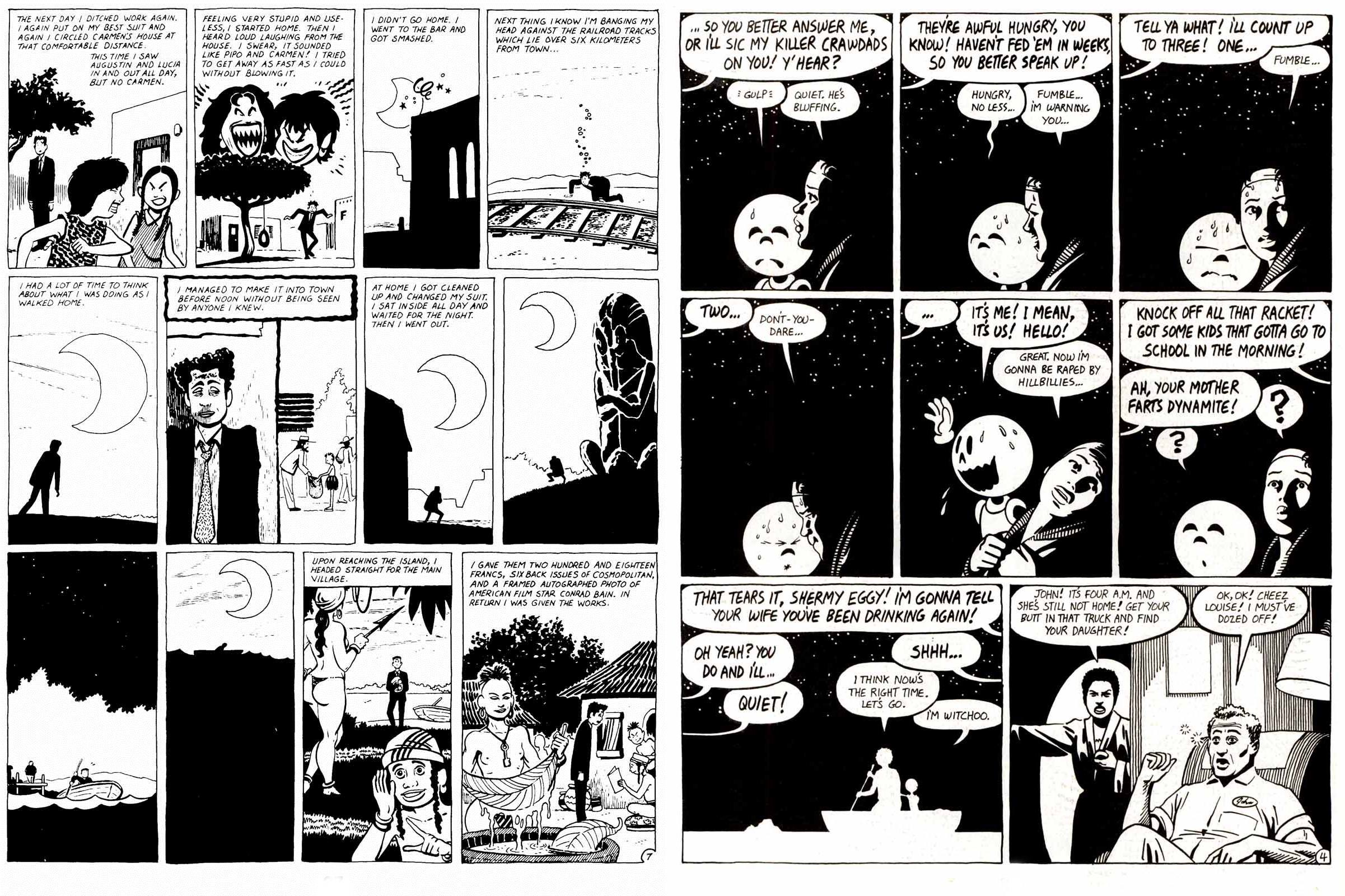 Duck Feet is titled after a Gilbert Hernandez story, and showcases how in 1985 his writing was considerably more ambitious than Jaime Hernandez. While Gilbert was adding depth and resonance to the inhabitants of his fictional Central American town of Palomar, Jaime’s stories continued to be bouncy, entertaining and beautifully drawn, but never scratching beyond the surface of his cast.

Gilbert’s ‘The Mystery Wen’ opens the book, featuring Heraclio, Palomar’s bastion of sanity, yet not beyond a bout of hypochondria as he discovers a strange lump on his head. The collection comes full circle by the end, returning to Heraclio with a first person narrative explaining how besotted he’s always been with his wife Carmen. It’s a heartfelt gem, and its absence from the UK Duck Feet edition is an astonishing lapse. ‘Duck Feet’ gets its title from the belief of Palomar’s children that the old lady they consider a witch will be revealed by her feet. It’s another gem, this time longer, and switching wonderfully from comedic farce to crime to something altogether more sinister and surreal.

Also absent from UK collections is ‘Bullnecks and Bracelets’, a spotlight on Israel’s complicated life where we discover he’s not what most people think amid a series of sophisticated vignettes also revealing other Palomar inhabitants. It’s some ambitious storytelling and a lot points the way to what follows as either Blood of Palomar or Human Diastrophism.

When these stories originally saw print there wasn’t enough appreciation of what a good artist Gilbert is. That’s perhaps an inevitable downside of sharing pages with Jaime’s even simpler line, but put him up against almost anyone else working in comics and his line and technique are a match.

Jaime’s sample art is from ‘Rocky and Fumble’, a story completed a couple of years before the rest of his material, featuring a long forgotten, yet nonetheless charming pair of characters. While it has neat personality touches and science fiction represented by the robot, the downhome country yearning seems more influenced by The Waltons than anything else. Their story is brought to an abrupt end in a second visit with a different mood. Another Jaime rarity is four pages from an early Fantagraphics anthology, touching and whimsical as Maggie’s insecurities manifest when Rand Race visits.

There are fewer Jaime pages in this collection, and only just over half of those are Locas material, primarily concerning Maggie and Hopey having to find somewhere else to live. Can they manage that without Hopey winding up the wrong person? They’re light, frothy and funny, wonderfully drawn rambles, but really not hinting at the storytelling leap Jaime was about to take in The Death of Speedy. Much the same applies to the pair of two pagers, both simple and almost exercises in compacting a story.

This is the final collection from the original Love and Rockets books to feature the work of both Hernandez brothers. In the 21st century reprint productions Jaime’s content is found in The Girl From H.O.P.P.E.R.S., while Gilbert’s material also features in the paperback Heartbreak Soup and the hardbound Palomar collection. Jaime’s Locas stories feature in his hardbound equivalent, Locas.