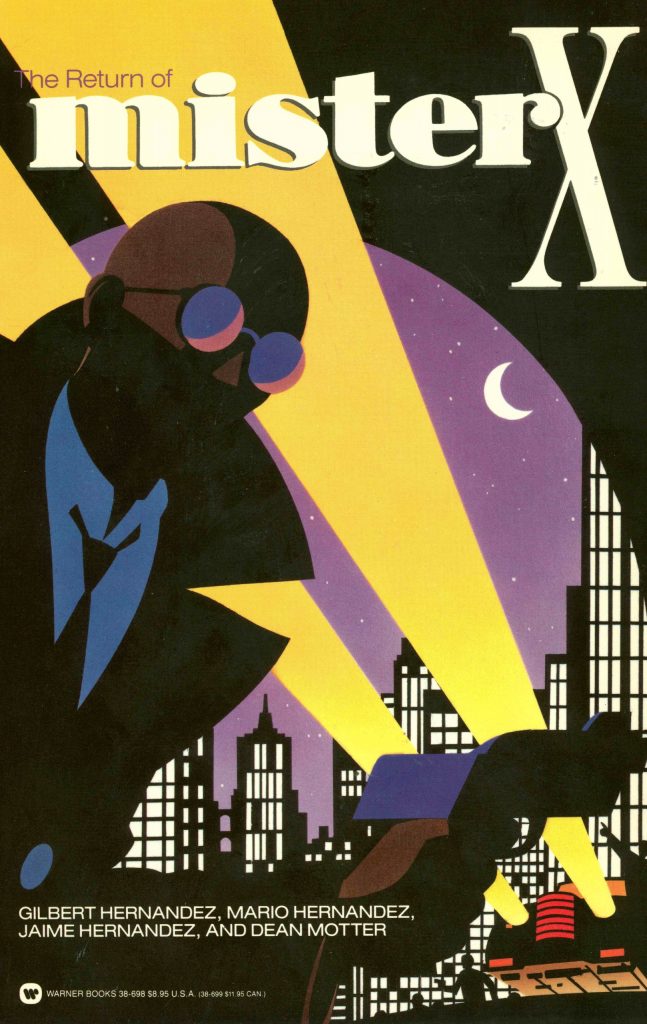 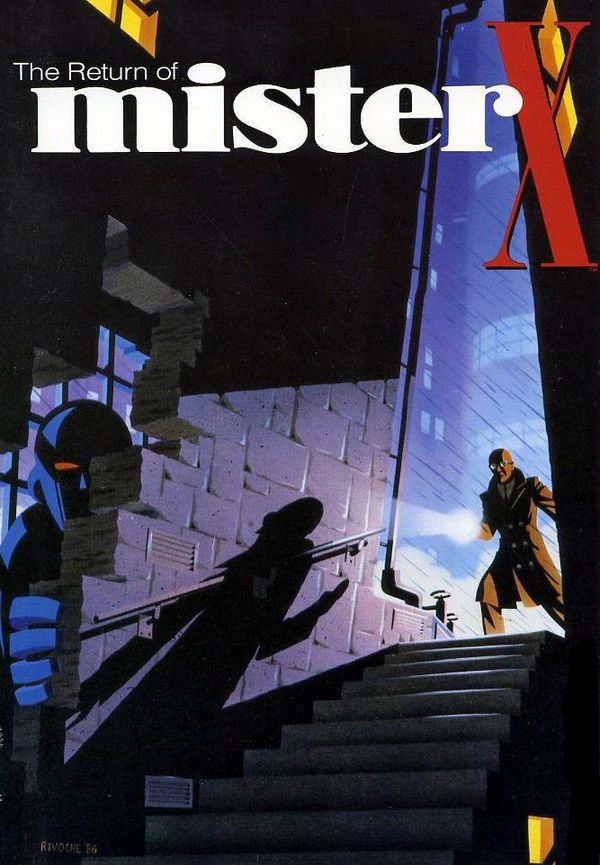 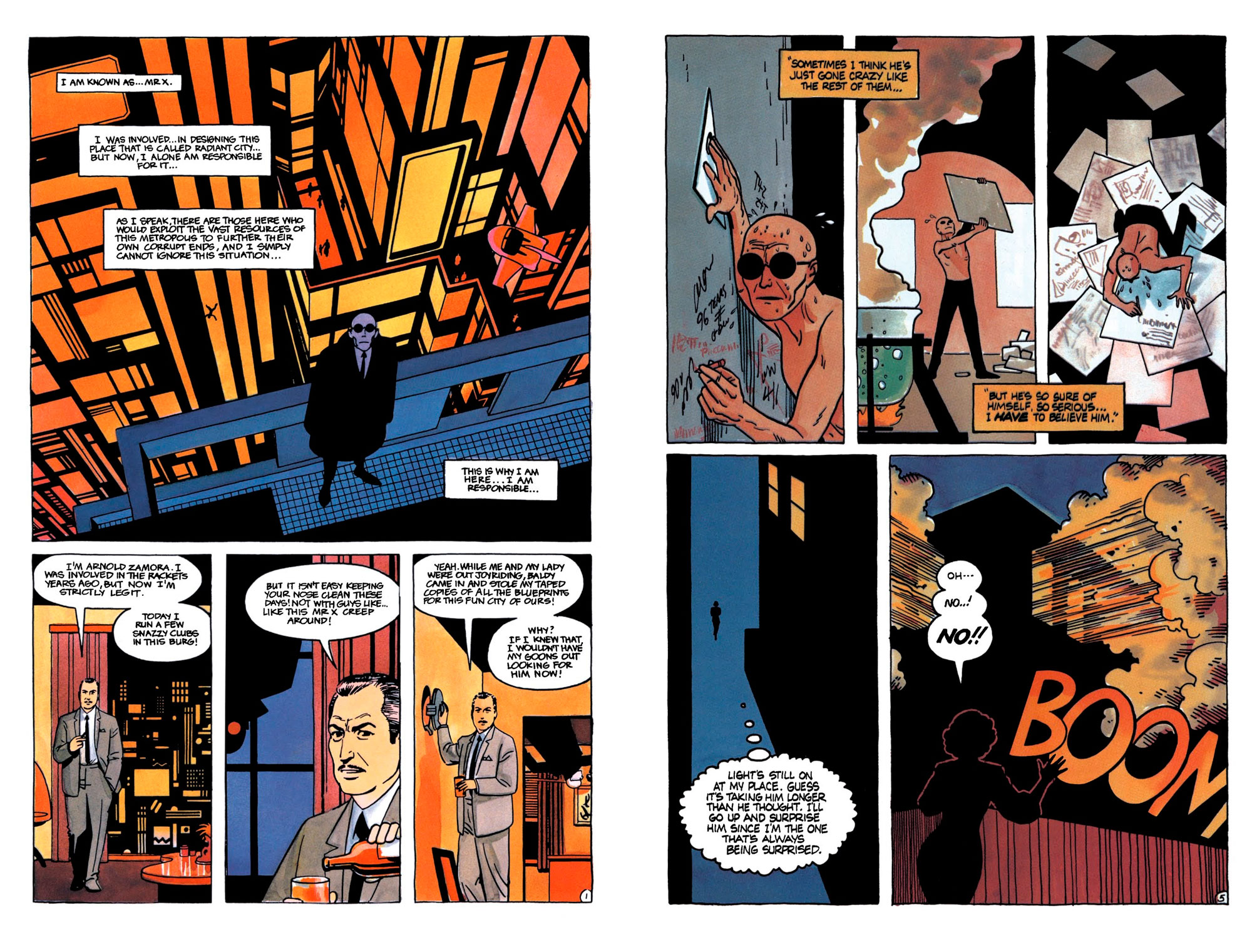 The Return of Mister X collects the four-issue series Mister X first published in 1984. The mysterious Mister X was created by Dean Motter and introduced with brilliantly designed posters by Paul Rivoche, harking back to movies such as Metropolis (1927) and Things to Come (1936). The action all takes place in a strongly Modernist (in the 1930s sense of the word) setting, a city of skyscrapers, flying cars and art-deco-styled robots, called Radiant City. Despite its imposing, stylish and beautiful towers, it’s not a good place to live. It was designed according to the principles of ‘Psychetecture’ supposed to affect a person’s mental state by the shape and position of walls, floors and all other architectural elements. However, during the construction phase corners were cut, plans were altered or ignored for cheaper substitutions and the result is a warped, dangerous place slowly driving everyone who lives there insane. Great premise, right? In the end Motter and Rivoche did not produce any comics. Instead, the series was written by the three Love & Rockets creators, Hernandez brothers Gilbert, Mario and Jaime, and drawn by Jaime Hernandez.

The Return of Mister X opens with a shadowy figure emerging from a steaming manhole, the city reflected in the glasses that mask his eyes. “The city of his dreams… The city he himself designed… was now the city of his nightmares. Yes, the man has returned to undo the damage he believes he has done… even if it kills him.” Mister X is one of the two architects who designed Radiant City. His partner Simon Myers is recently dead after a mysterious suicide. After a long exile Mister X has returned, determined to fix his city, assisted by regular infusions of a drug that allows him to stay awake indefinitely. But first he must find the original plans, which are now the property of Arnold Zamora, a gangster who controls gambling, drugs and other activities across the city.

1930s dystopia isn’t really the Hernandez brothers milieu so what they deliver instead is a blend of 1940s romantic screwball comedy, 1950s detective noir and 1970s science fiction that zips along at a bubbly pace with a cast of characters only slightly removed from those found in early Love & Rockets stories ‘Mechanix, 100 Rooms’ and ‘The Lost Women’. It’s a beautifully drawn, fun mixture of genres and styles that’s very entertaining to read. It ends with everything set up to generate a continued series, but the Hernandez brothers’ involvement with Mister X ended here, so this stands alone as an interesting one-off. A selection of sketches and pages by Paul Rivoche at the back of the book give some indication as to the original direction of this project, the reasons for its non-appearance smoothly glossed over (although not too hard to find online now). Mister X eventually continued under a new creative team with Dean Motter more directly involved and the final graphic novel collection of this series is Mister X: The Archives.