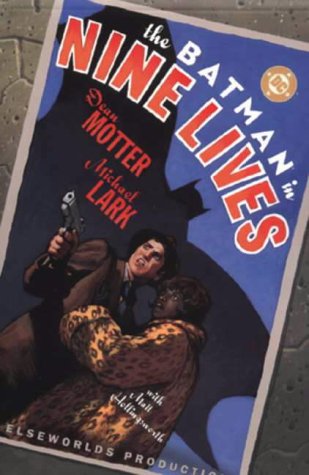 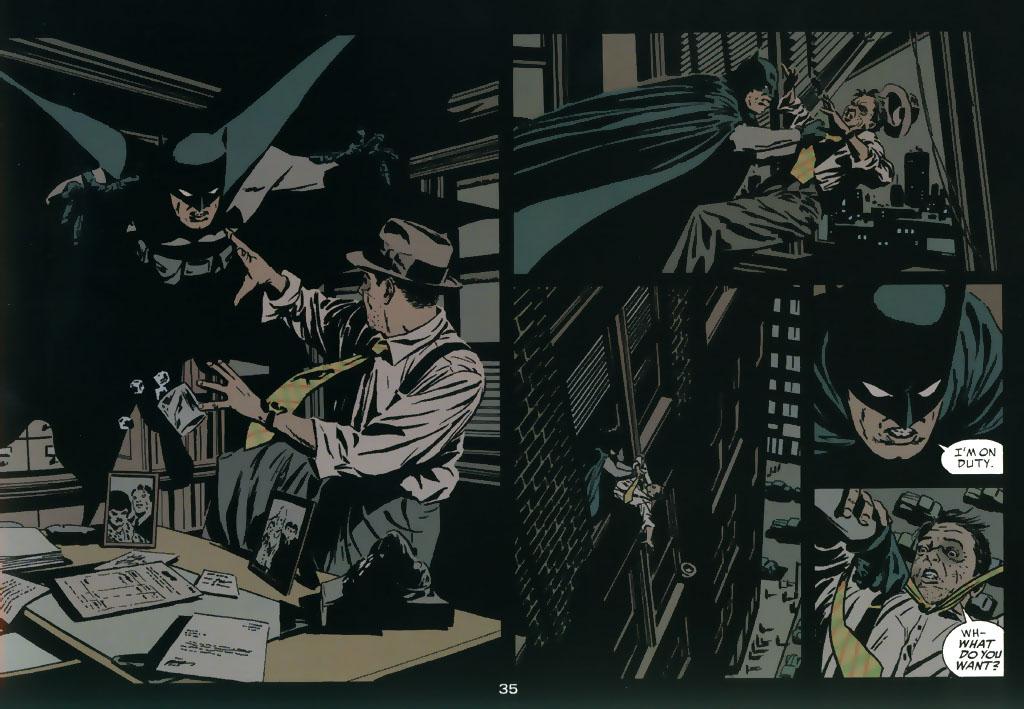 Nine Lives features the Batman of an alternate universe, or ‘Elseworlds’ as DC once had it, where familiar names and faces are recast in unfamiliar roles, such as Dick Grayson, dissolute private eye. Dean Motter and Michael Lark set their story in a stylish 1940s, and take the unusual choice of telling it in landscape fashion across a spread rather than the traditional page to page, which works by giving the graphic novel an individuality.

Plenty of Batman’s enemies are featured, but only the Penguin resembles his present day identity as a form of Kingpin, while the likes of the Joker and Mr Freeze are transformed into 1940s gangsters in sharp suits. Each of them has a connection with Selina Kyle, recently deceased. An alluring night club hostess, she had a string of suitors including Bruce Wayne. Is he Batman in this world? Batman is very sparingly used as we’re introduced to the cast. He features in a fine opening from Lark, fighting a massive sewer alligator, but it’s Grayson who carries the narrative, acting as guide and leading investigations.

Lark’s magnificent here. As well as distinct period detail and clear storytelling he throws in passing visual motifs representing the more familiar identities of the cast, recasts Laurel and Hardy as credible gangsters, and supplies a great car chase. The colouring of Matt Hollingsworth raises the art still further. He employs a limited palette not too far removed from sepia to evoke the period, and keeps matters dark to reflect the tone.

Motter’s plot is classic gangster noir, with everyone looking for an item last in the possession of the late Selina Kyle, and no-one willing to believe Grayson hasn’t got it any longer, a running joke. The gangsters are planning an audacious robbery and loyalty is a completely vanished virtue. The minimal use of Batman works well, although could disappoint anyone not sucked into Motter’s well tuned manipulation.

There have been so many Batman graphic novels of the years that some are lost in the shuffle, and Nine Lives deserves better.