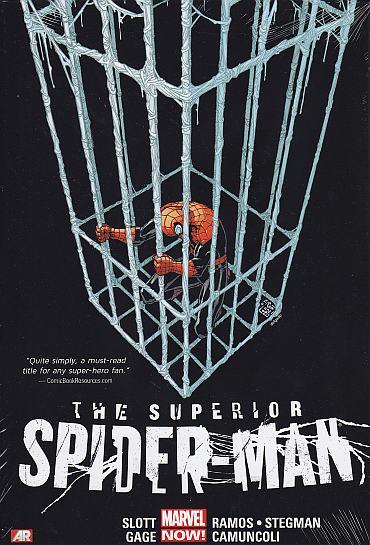 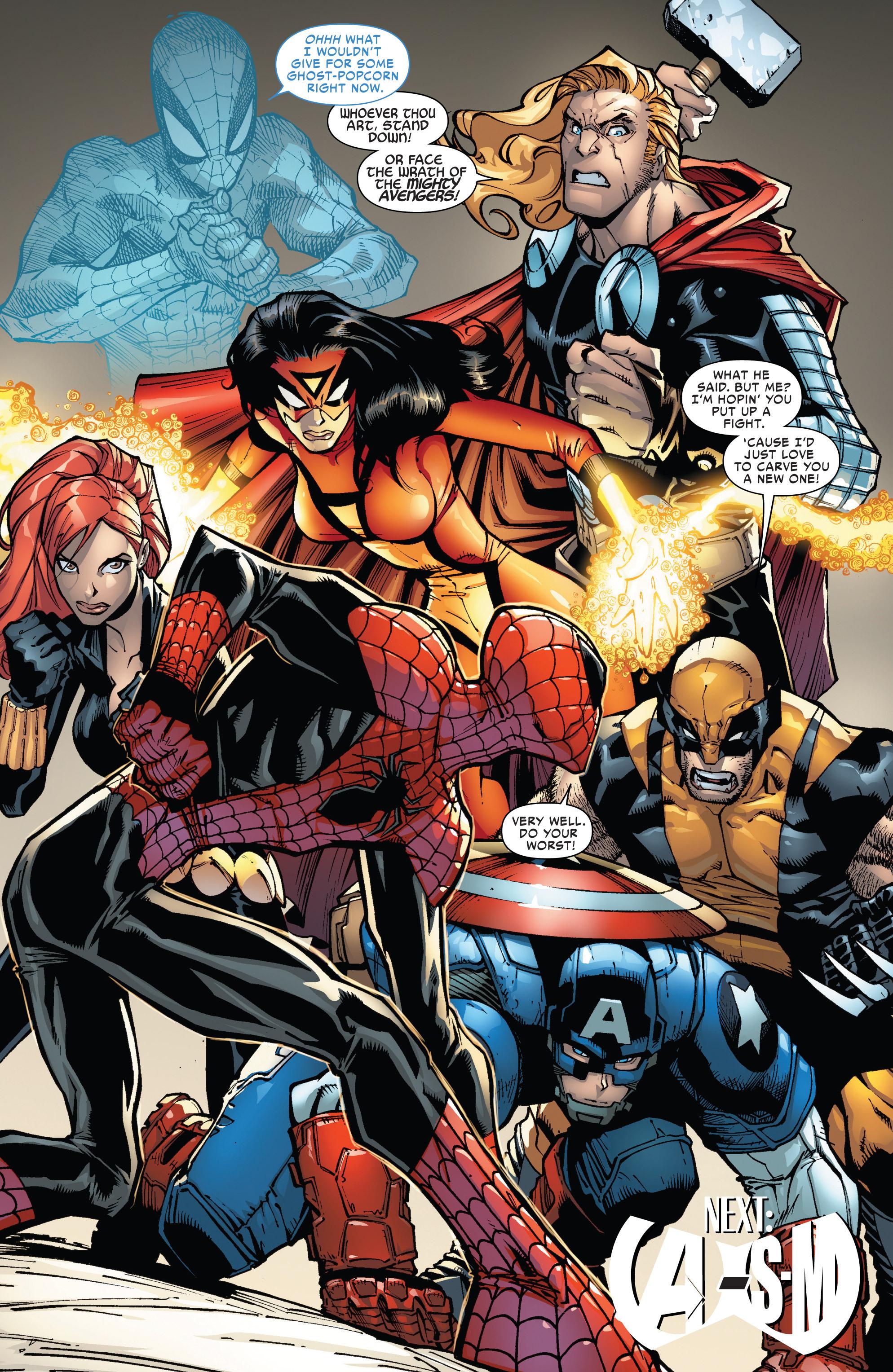 Doctor Octopus goes a long way to cementing his status as Spider-Man over the course of this hardcover collection, first dealing with a troublesome conscience, and then expanding Spider-Man’s activities exponentially. If you’d prefer, you can find the content in paperback as A Troubled Mind and No Escape.

The reason for the latter’s title is the best story on offer here (although it’s all good). This is all the more unlikely as it features the Spider-Slayer as the villain of the piece, and that’s never previously been an indication of quality. “Our so-called super prison is a joke”, rants mayor J. Jonah Jameson at a press conference, “that’s why as my next act as mayor I am shutting it down for good! I refuse to have that revolving door on my doorstep!” Later in the book he’s there for the closing and the execution of a criminal, and from that Slott supplies a confined environment extravaganza. The key is that far from being ignorant about the premises, as it’s Octavius’ mind now controlling Spider-Man he’s intimately familiar with the prison and has prepared before arrival.

Before that there’s been a face-off against his Avengers colleagues, who feel his recent behaviour has overstepped boundaries, and the battle that seemed unlikely for this series of Spider-Man versus Doctor Octopus. There’s also Octavius dealing with a matter he now believes has been a limitation on his effectiveness. That’s actually a tragedy, and is Slott toying with readers as to how the series is going to progress.

The art throughout is broad cartooning, with Humberto Ramos (sample page) less restricted than Ryan Stegman, and Giuseppe Camuncoli’s pages leaning more toward realism. All are good artists, and reader response will be determined by what level of exaggeration about the art is too much. Also involved is Christos Gage, who scripts much of the content from Slott’s plots, and he captures the arrogance and superiority of Octavius every bit as well as Slott.

As with the previous volume, there’s not much in the way of extras to entice buyers who already have the strories, but the quality of the work is the inducement as this is Spider-Man material you’re likely to read more than once.