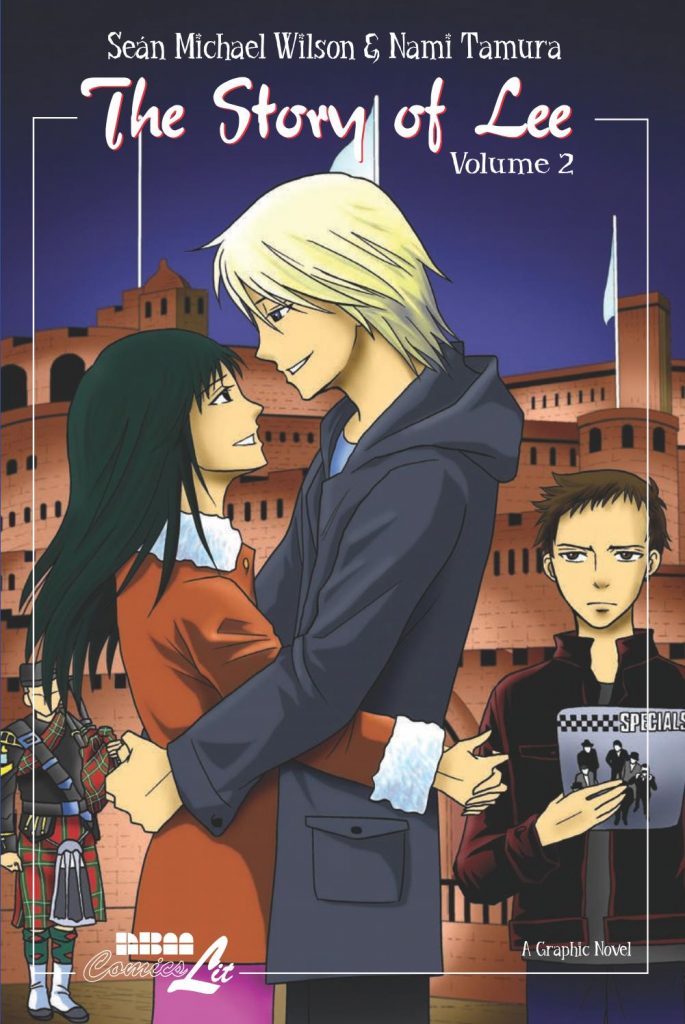 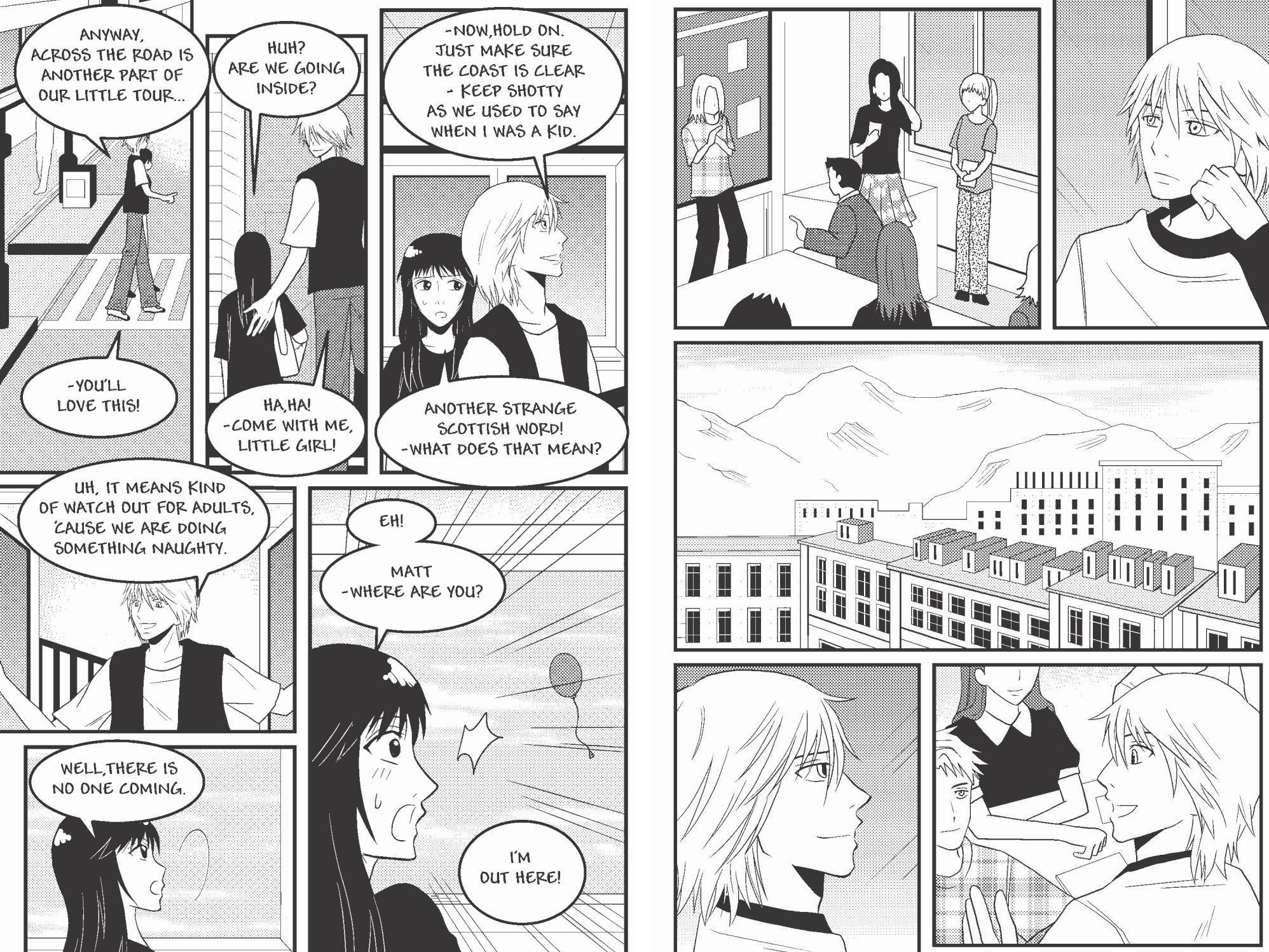 We met Lee Chan as a young woman in her twenties feeling stifled in Hong Kong, and with a considerable knowledge of British style and culture even before she ran into English teacher Matthew Macdonald. Volume 1 ended with Lee’s otherwise authoritarian father agreeing that she follow her dreams by taking a university course in Edinburgh.

While there were leisurely, mood-setting aspects to the first volume, this middle section sags considerably. Lee and Matt arrive in Edinburgh to stay with Matt’s old flatmate Richard, and too much of Sean Michael Wilson’s plot concerns Lee being shown around with Matt the tour guide to his home town, not coincidentally also Wilson’s. There are brief local colour elements, but too much of the story seems to be passing time without any great relevance. When conflict arises it seems artificially generated, an extraordinary jealousy and unreasonable nature not previously supplied as part of Matt’s the sensitive poet’s personality, and there are problems with the dialogue also. All too often it seems as if Wilson is speaking directly through his characters, keen to throw recommendations of Graham Greene or Christopher Hitchens our way, with building his cast the secondary purpose. A long sequence with Lee visiting Uncle Jun is interesting in parts, but exemplifies this tendency as Jun shares his wisdom accumulated through travel.

New artist Nami Tamura doesn’t work out. There’s a consistency with the way Lee and Matt looked in the first volume, both relatively simply drawn, but they’re entirely lacking in emotional expression, looking much the same whether they’re happy or angry. Beyond that, there’s not enough variation in the layouts and Tamura’s version of Edinburgh doesn’t work either. The centre is among the most beautiful of British cities, but the landmarks Tamura ships in from references are sterile, and her Edinburgh is extremely underpopulated.

Wilson supplies a flavour of British dialects, four pages occupied at the end of the story with his engaging explanations, also peppered with autobiographical detail. At its heart The Story of Lee is a romance, not a genre greatly in favour in English language comics, and while it’s nice to see a stab at it, there’s not enough to this middle section to grab the attention. Lee’s story concludes in the far better volume 3. Alternatively, all three graphic novels are packaged by NBM as a complete set.