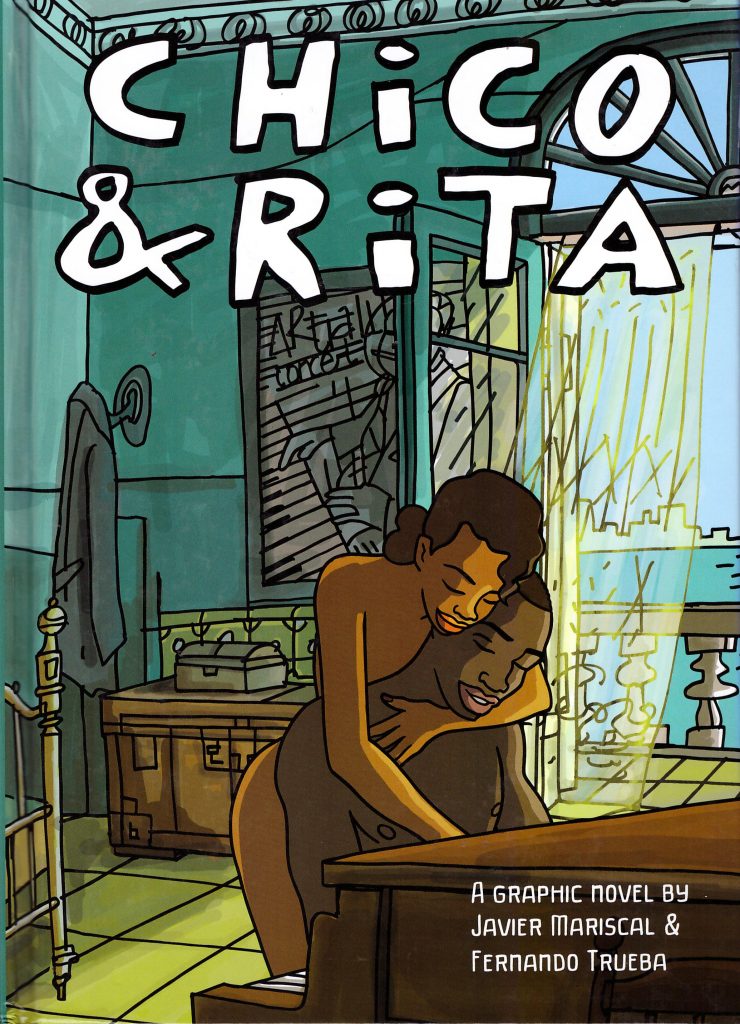 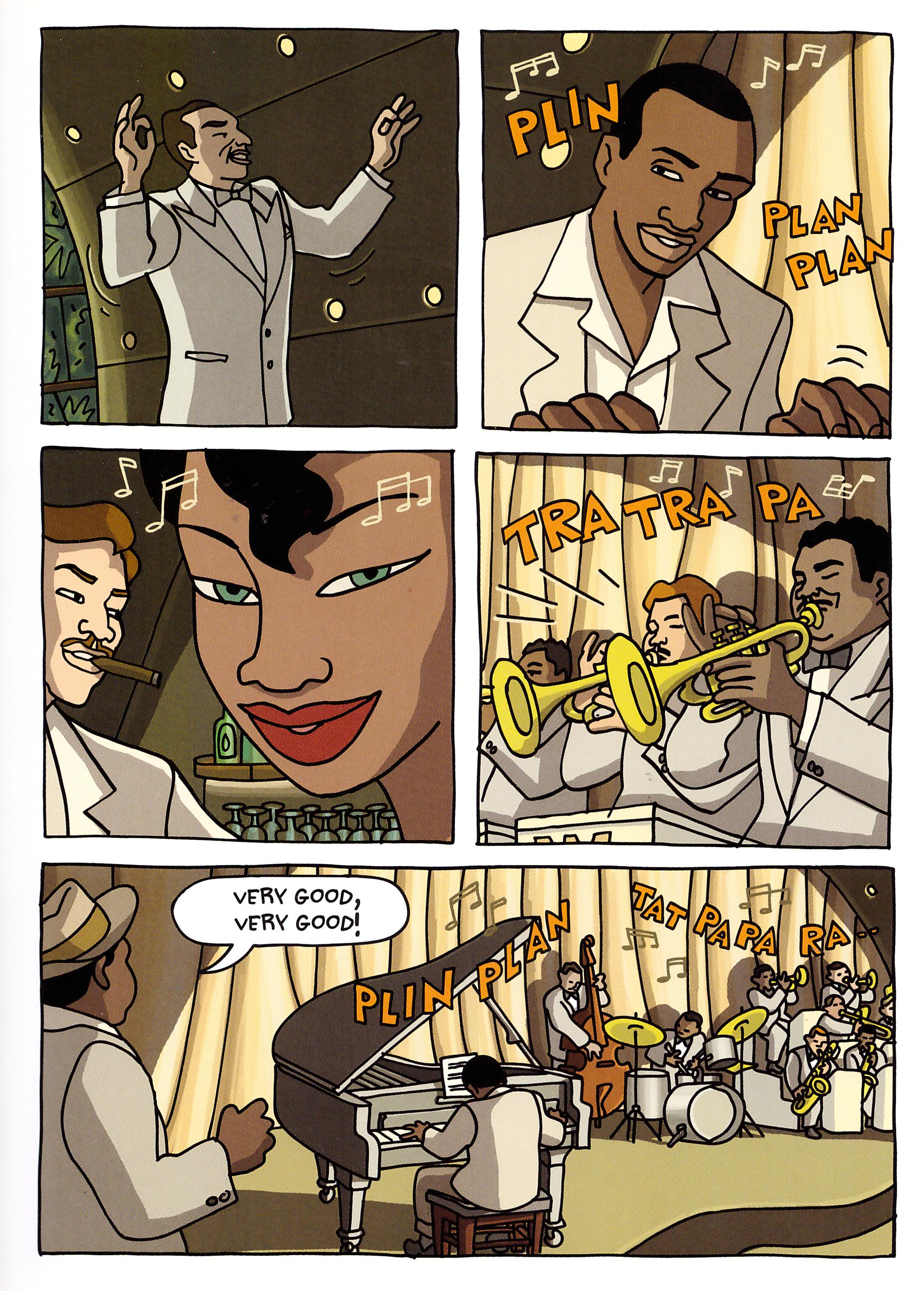 In present day Havana everyone knows Chico as the guy who shines the shoes of the tourists, but back in the day when Havana was swinging, the last golden period of tourism in the late 1940s, Chico and his partner Rita were briefly the toast of the town.

Not much work by Spanish artist Javier Mariscal has been translated into English, and he’s possibly better known as a designer and illustrator of children’s books, but he brings Havana to stunning life, as well as being a rare artist who can evocatively illustrate musical interludes. Strictly speaking, the artwork has been provided by Studio Mariscal, with six other artists credited in the small print at the front of the book, and another eight for the vibrant colour. Whoever’s actually responsible, there’s a consistency, and a vibrancy about the illustration, essential for a book about music, and a beautiful evocation of place. The buildings, rooms, and furnishings have an individuality about them. Yes, much of the work had already been carried out by the animators of the film version that Fernando Trueba also wrote, but Havana looks so enticing here, and is considered down to level of scattered chairs and tables on small rooftops in the distance as the present day Chico looks out of his window. New York is equally detailed, but toned down to reflect the reception accorded black Cubans.

Even if the animated Chico & Rita movie weren’t widely known, the cinema origins might be assumed from the art, with long sequences making the most of the locations and even the minimal word and thought balloons intrusive. They occasionally underline what’s perfectly well drawn, which is one of very few flaws. The social conditions of the time are incorporated, but as background without intruding too much, and remain so despite being key to a couple of scenes.

Switching briefly back to the isolated Chico from a story otherwise set exclusively before the 1960s cultivates an additional sense of melancholy over what’s an emotional roller-coaster, having much in common with standard rom-coms where heartbreak appears inevitable until the final reel. Chico’s a brilliant intuitive pianist, and Rita’s voice sets off his light jazz arrangements to perfection. They’re infatuated with each other from their first meeting, but somehow misunderstandings contrive to keep them apart romantically. A deliberate sense of foreboding is accelerated throughout, and the real life circumstances of the Buena Vista Social Club are smoothly incorporated toward the end. By then we’ve been taken on a passionate and joyful ride as smooth as the featured pink cadillac. It’s a gem.