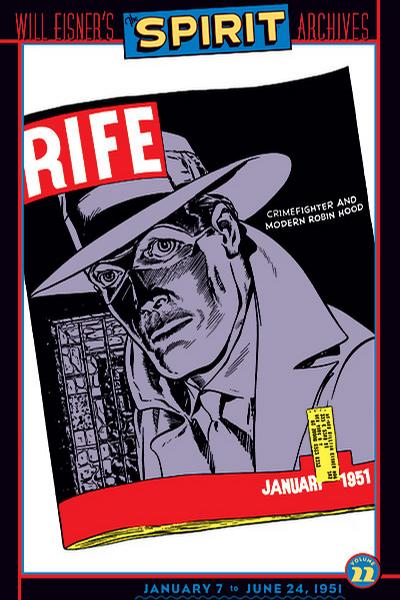 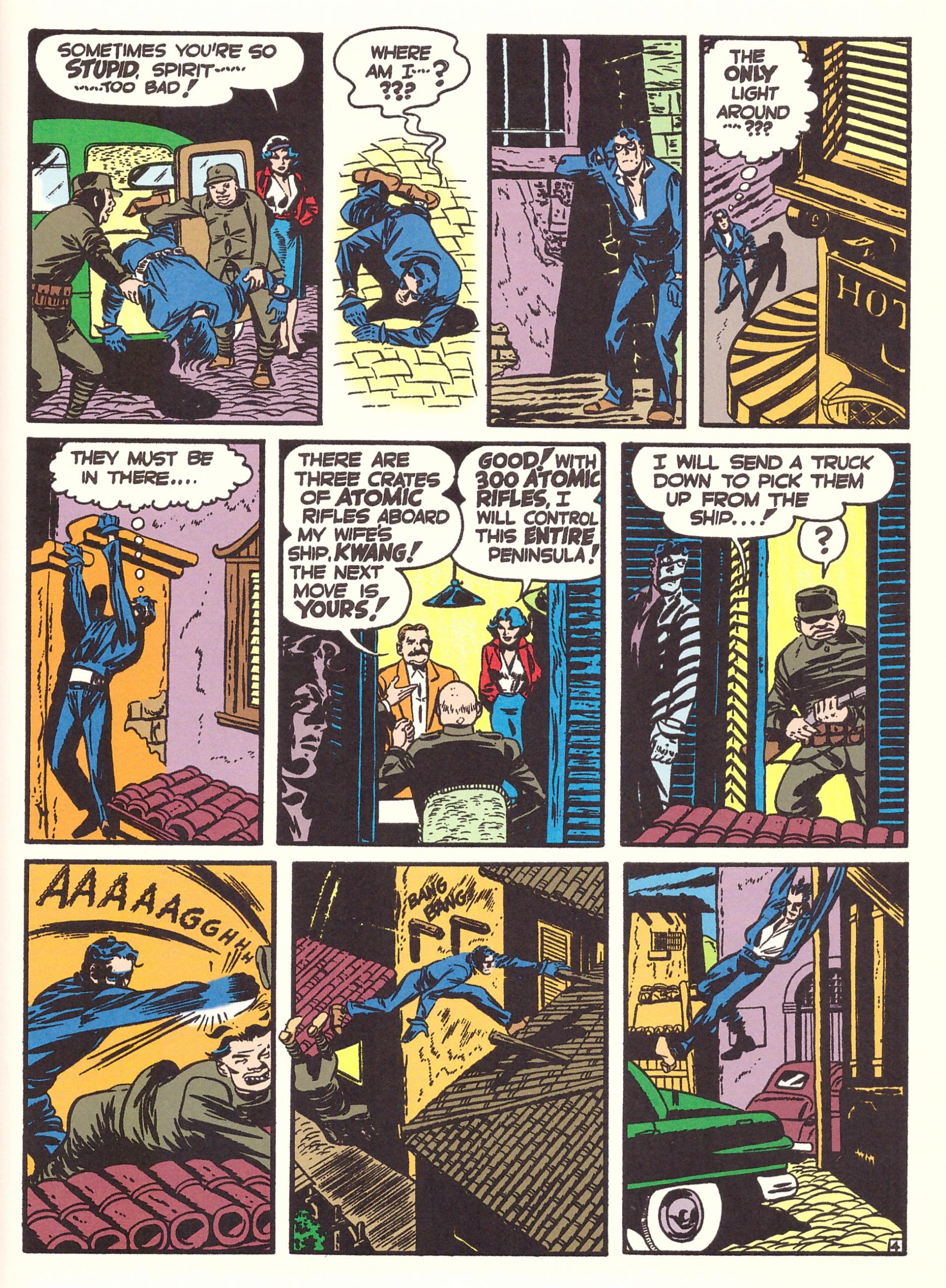 Work through The Spirit Archives 22 as a collection from start to finish on its own, and it’s a readable selection of stories. However, if you’re reading through the entire series it’s obvious a wall has been hit and deadline problems have accumulated. Several stories are either redrawn versions of older stories, or those older stories themselves are provided with new framing sequences. The cover-feature is a clever idea, but it’s an obvious time saver in presenting portraits of the main cast accompanied by text biographies. To make matters worse, Jules Feiffer, whose witty scripts had so refreshed The Spirit (as seen in Archives 21) had to undertake national service, meaning that his contributions are absent from the halfway point.

He was replaced by Klaus Nordling, a fellow all-rounder who’d produced the Lady Luck feature for the Spirit newspaper section, and since 1948 had been contributing art to the Spirit pages. Despite Eisner’s name still the only credit in the printed version, he seems absent from most of this collection’s final third with Nordling writing and drawing many of the stories, his finer line distinguishing his work from Eisner’s pencils and inks. Eisner may have suggested plots, but otherwise his contribution is limited to touch-ups and occasional inking and just two complete stories. ‘Hobart’ is a characteristic piece about an oddball, in this case a hermit whose cave is raided by crooks believing he’s something more, and we see P’Gell’s seventh husband in ‘The Contraband Queen’.

By most standards Nordling is a top class creator. As seen by the sample art, his drawing is great, he can construct an action-packed adventure, and the idea of sending the Spirit across China provides a change of pace and exotic locations. What Nordling’s plots lack is the touches of whimsy, heartbreak or sentimentality that raise The Spirit above the standard adventure strip, and his attempts at including such items, such as the mother writing to warlord King Kwang, lack the humanity.

Not that Feiffer’s earlier material matches the invention of his 1950 contributions either. The Octopus returns, and returns again, and yet again, which diminishes any novelty about seeing him interact with P’Gell and Darling O’Shea.

It’s only very occasionally that a story from this selection hits the heights. Nordling’s best attempt is when a crooked doppelganger of Commissioner Dolan turns up, the confusion ramped up beautifully. Not even the Grand Comics Database, so good at identifying uncredited creators, can definitively attribute ‘Dragnet for Johnny Buffalo’, in which an absent child with a great imagination and a tricycle causes havoc when following the Spirit. And ‘Last Prowl for Mephisto’ is far from Eisner’s best, but it stands out here, with the devil turning up in Central City and bemoaning the changes.

The Spirit is a superior feature, but this selection is the weakest since Eisner took back control with the material seen in Spirit Archives 11.