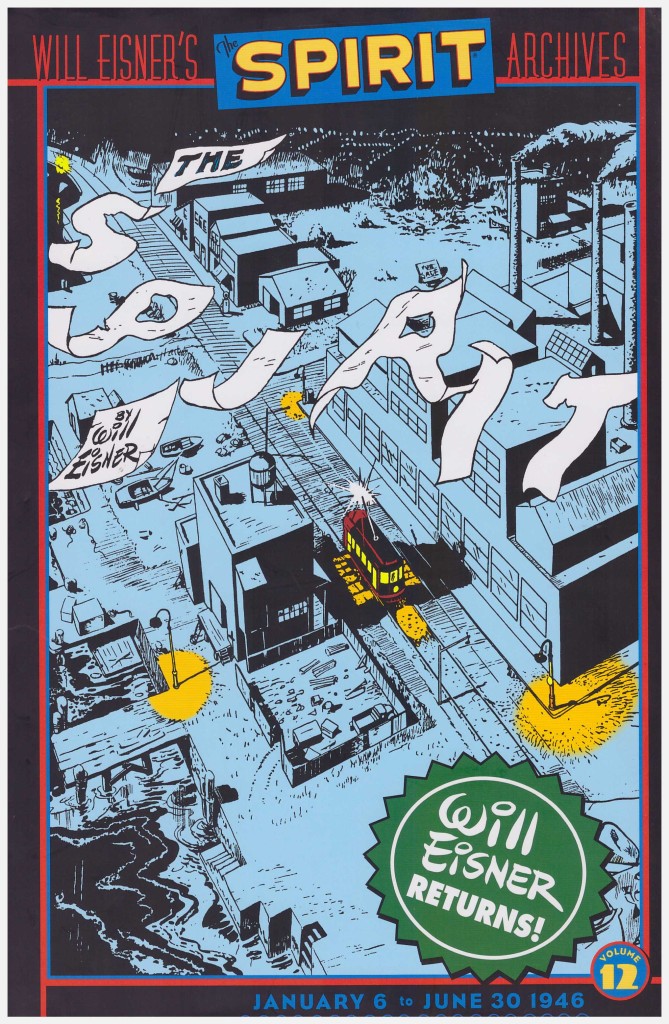 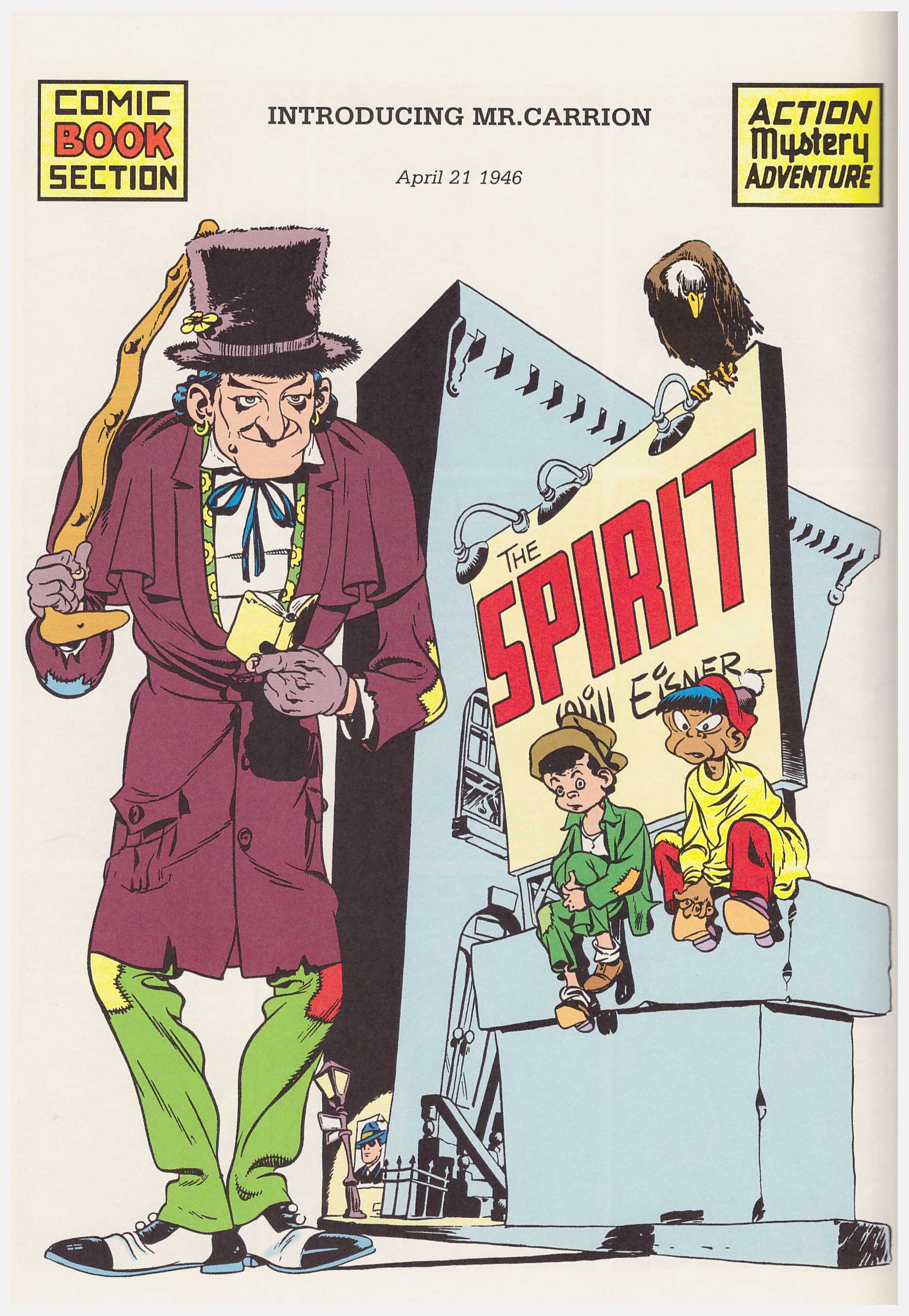 As the cover notes: “Will Eisner returns”. Actually, the final two stories in Spirit Archives 11 were written and laid out by the strip’s creator, now having served his time in the armed forces during World War II, and released to continue his primary occupation.

What’s collected here begins with strips originally circulated in 1946, and it doesn’t approach the best of the feature, but with Eisner replacing Manley Wade Wellman as primary writer, the quality immediately leaps upward. The stories may rely a little too much on slapstick and exaggeration than they later would, but there’s little of the convenience, plot holes or cliché that often occurred in Eisner’s absence.

With the exception of the opening strip, Eisner skates around the art, producing the occasional splash page and laying the strips out for John Spranger to pencil. He imitates the Eisner style, but is less cultured overall, prone to exaggeration. This, though, is being really picky in the light of what would follow when Eisner would resume pencilling (Spirit Archives 14) as Spranger’s Spirit looks better overall than when drawn by the far more highly regarded Lou Fine in Archives 11. If Eisner’s not inking, it’s handled by Bob Palmer, later a successful cartoonist, but then just starting out. As it consists largely of the streets and buildings Palmer would ink, the cover to this volume is his, the only Spirit splash page he drew.

The story it leads into, ‘The Last Trolley’, is one of the best in the book, with a white collar criminal trapped in a carriage with the hardened gangsters he snitched up. It toys with reader expectation while delivering a fine mood and tension.

Eisner’s resumption of control of the strip is indicated by signs of minor tweaking throughout, and one major restoration, the reintroduction of the human drama that had all-but been forced out. He felt the readership needed the Spirit’s origin repeated, and Ebony leaves temporarily in order to improve his diction. His replacement, an Eskimo named Blubber was only marginally further up the scale of dignified portrayal artistically, although was granted an erudite speech pattern. Despite the reason for Ebony’s departure his speech patterns show no change on his return.

A matter Eisner didn’t immediately identify as requiring attention was the introduction of more glamour to the strip. However attractively she was drawn, Ellen Dolan was the girl next door, and Eisner’s first attempt at adding a greater allure, Nylon Rose, was a little too obvious. He returns former spy Silk Satin, last seen in 1942 (see Archives 5), but she didn’t fit the bill either, and her character was fleshed out by the addition of a daughter.

The Dickensian-looking Carrion and his buzzard Julia are introduced with a fantastic splash page, yet wouldn’t be seen again for six months, as Eisner worked his way through a series of one-shot villains. There’s an early experiment in storytelling with the tale of an atomic bomb, and the occasional piece of narrative whimsy, such as drawing parallels between the life of a fly and a delivery boy. It’s a decent tale, but Eisner would refine his approach and present better alternatives later in the run.

If it wasn’t known that the strip would keep improving, Spirit Archives 12 might be seen as a commendable series of crime stories worthy of serious attention. As it is, they’re a vast improvement on what they followed, but not a patch on what was to come. See Archives 13 for the start of that.