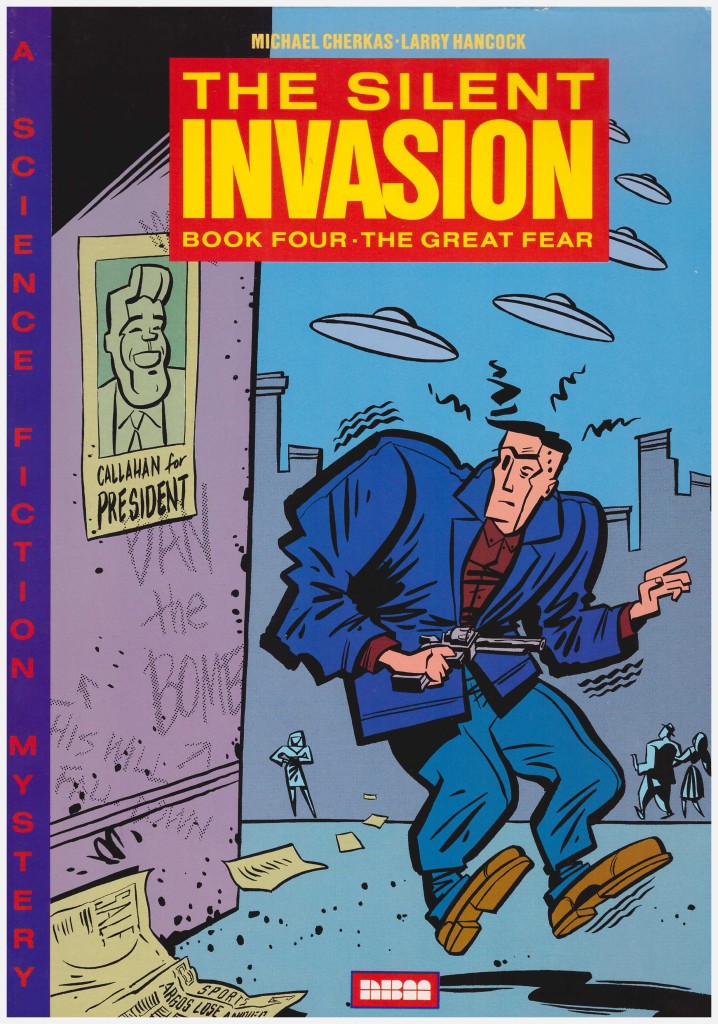 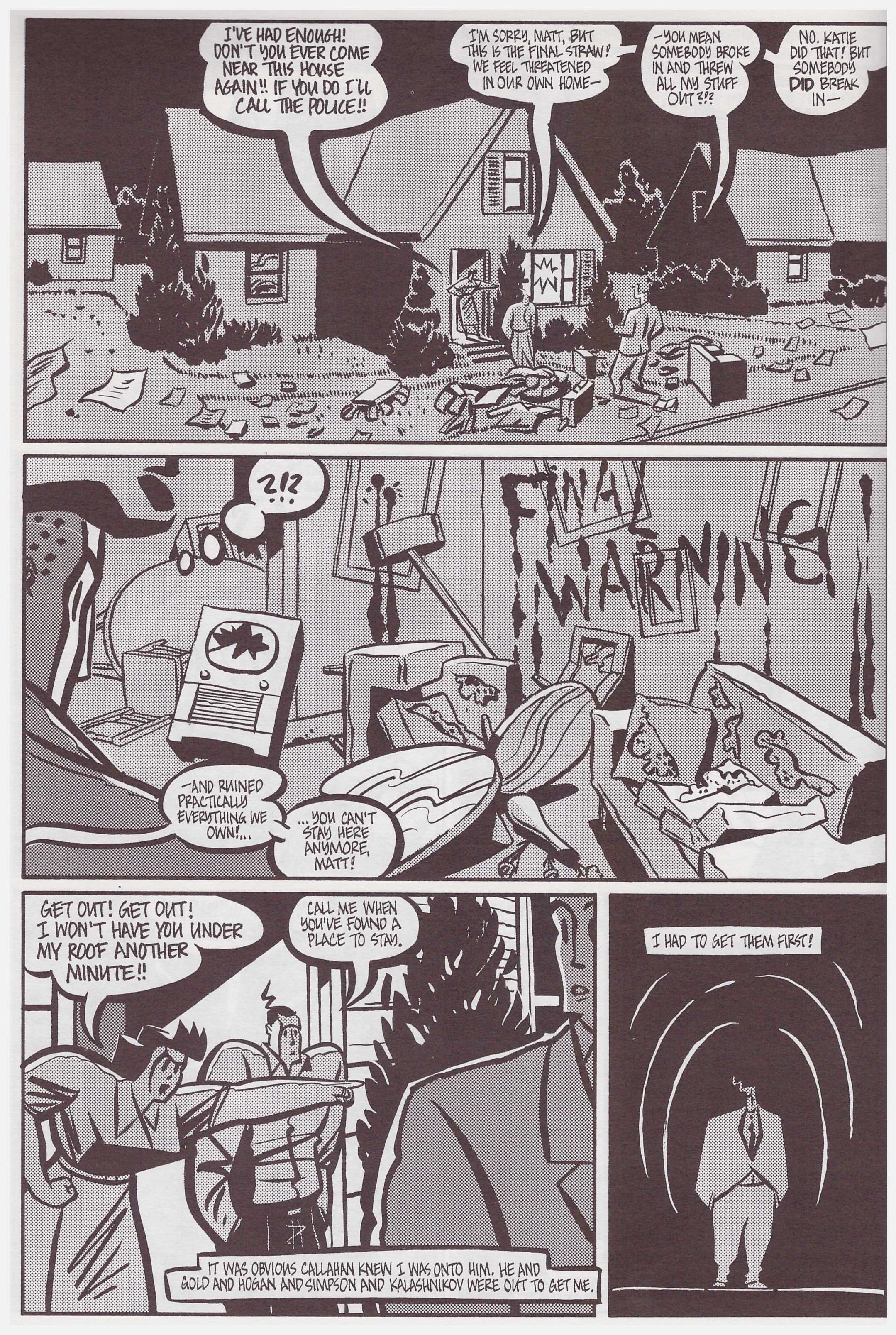 Considering what he’s put his protagonist Matt Sinkage through over the previous three books prompts the thought that writer Larry Hancock hasn’t got some kind of personal grudge against investigative reporters. In the 1950s USA there were few fates worse than being branded a communist, and that lost Sinkage his home and job, but he’s also discovered his girlfriend was an alien and spent time inside a psychiatric institution having been thoroughly befuddled by insidious aliens. They look human and pass among us, but Sinkage is a lone voice in the wilderness exposing a truth no-one else believes.

The Great Fear picks up immediately after the conclusion to Tarnished Dreams, with Sinkage attempting to type up his experiences, but, as predicted, the truth isn’t what people want to hear, and six months later in early 1956 he’s lodging with his brother and his brother’s wife. She’s already betrayed him to what she thought was the FBI.

Hancock ramps up the terror with this book. Up until now it’s been of a vaguely threatening type with the occasional black eye, but as Sinkage continues to investigate, old fashioned thuggery becomes the order of the day. The three chapters occur over a period of almost four years, with Sinkage aware of an increasing horrific possibility, yet his insistence that certain people have had their bodies taken over by aliens isn’t believed by most, and marks him out as a crackpot. The title of The Great Fear takes on a very personal dimension.

A move back to Union City means that Michael Cherkas is again producing his retro-futuristic look. His cast still walk around in trench coats and brim hats, but the women look like something from a Carmine Infantino comic, vehicles are now finned and art deco architecture now prominent. Within a seemingly simple style Cherkas has created a couple of dozen instantly recognisable cast members during the series, and many re-emerge here.

Mood swings characterise this book. The predecessors presented an almost universally bleak outlook and bleak fates, but over the course of time Sinkage’s message begins to gain traction, drawing many unpleasant people into the open. Paranoia is revealed as being not only the refuge of the targeted, but prominence has its drawbacks when the stakes escalate.

With the final chapter what Hancock’s been doing throughout and in leisurely fashion is underlined as disintegration becomes the over-riding theme. It’s highlighted on the cover, and has more than a single strand. What we’re left with is an extremely polished presentation that keeps to the shadows. Some aspects remain unexplained and it’s left to the audience to conjecture which elements might actually have occurred. Hancock’s been very careful to ensure almost all strange happenings over four books have a form of rational explanation if that’s what we’d prefer to believe.

Hancock and Cherkas would return to mine the unsettling fears of 1950s America over a series of shorter stories in Suburban Nightmares.