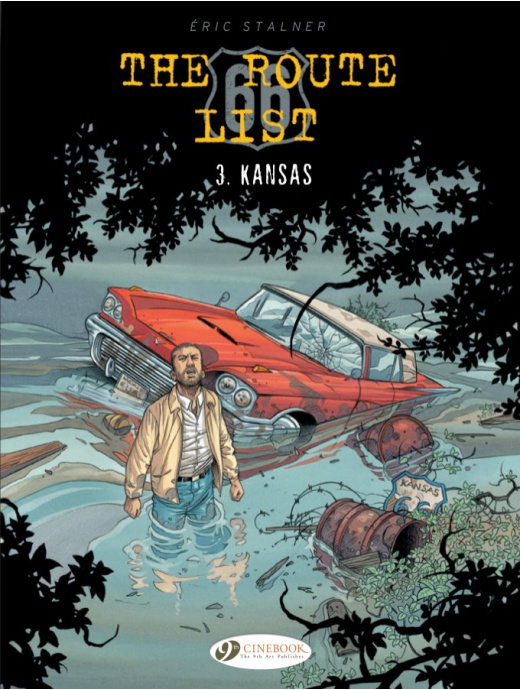 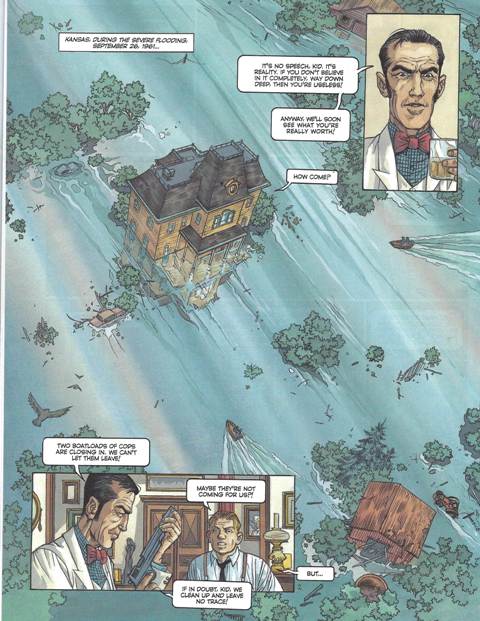 Set during the Kansas floods of 1961, John F. Kennedy and his brother Bobby are obsessed with the war in Vietman and the threat Fidel Castro poses, while the Soviets build the United Soviet Socialist Republic builds the Berlin Wall to keep their people in and the Capitalists out. The newspapers feature a serial killer called the Clown, named for the oil paint he leaves on his victims’ faces.

The truth is that all the victims are Soviet sleeper agents on Alex Poliac’s list, a record of people embedded along the famous Route 66. He and his son Rob are in Kansas to warn their lawyer friend Carl Menson that his life is in danger, little realising that the Clown is not far behind. Within the walls of the Federal Bureau of Investigation John Edgar Hoover is  increasingly paranoid about a Soviet mole and a witch hunt is underway. Laura Kensington is the latest agent to be investigated, but is the evidence real? After all, she’s hunting down Alex Poliac. As the flood levels rise the game begins to run to an end and soon all the cards will be on the table.

Éric Stalner ramps up the tension from the beginning, a gun battle setting the tone that is heightened by boat chases through flood waters. Very detailed on the trends of 1961, Stalner also captures the expanse of the flood waters with all its disruptive and damaging power. The waters surround the houses, islands of debris float through the floods and people use windows like doors. The cast don’t seem as refined as they have through the first two volumes, Stalner’s line rough, which may be an intentional technique to demonstrate the effects of the heat, humidity and personal stress on each player. Jean-Jacques Chagnuad’s colour palette is thoughtful, touches of colour and shade to increase the intensity of the floods and make period details stand out.

There have been motivating questions in Alex and Rob’s journey. What happened to Uncle Sasha, the spymaster who held the Route 66 List? How did Alex’s parents come to have it? Why is the Clown eliminating sleeper agents? Is Alex responsible for his wife’s death? These are questions that Stalner has left lingering since Illinois and here he answers them. But not until he has wrung the drama and suspense out of every moment with carefully inserted plot devices that spin the story on its axis in a moment.

While he answers some questions he raises others, mostly about the way Stalner develops the characters. Kensington is tough and resourceful, her skills unappreciated because she is a woman in the 1960s, but what are her real motivations? What is Alex’s reason for warning the people on the list, solidarity or shame? If the Clown is working for a government why dress his victims up as clown? Some back story would help answer that but at the same time the cast are rich enough not to need it in order to progress the story. That the reader is invested enough to begin pondering questions and theories without the need to prompt them demonstrates Stalner’s skill as a writer. You read on hoping to learn more.

The Route 66 List –  3. Kansas is beautifully illustrated with an intriguing plot heading briskly towards tragedy but not the end. Not just yet. The series continues with the penultimate album 4. Oklahoma/ Texas.