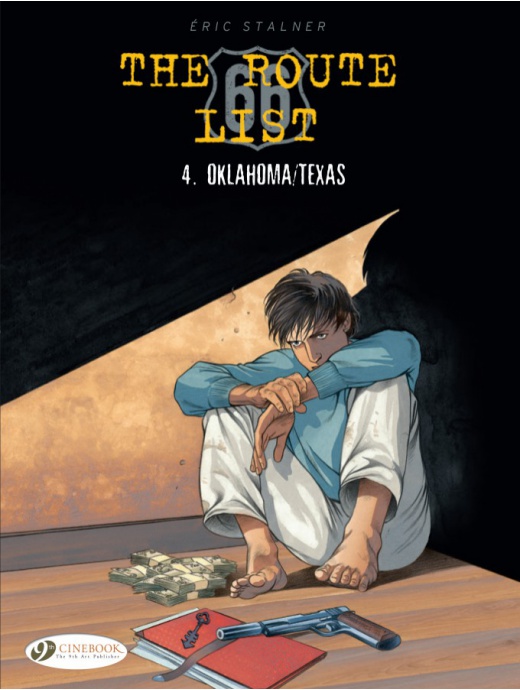 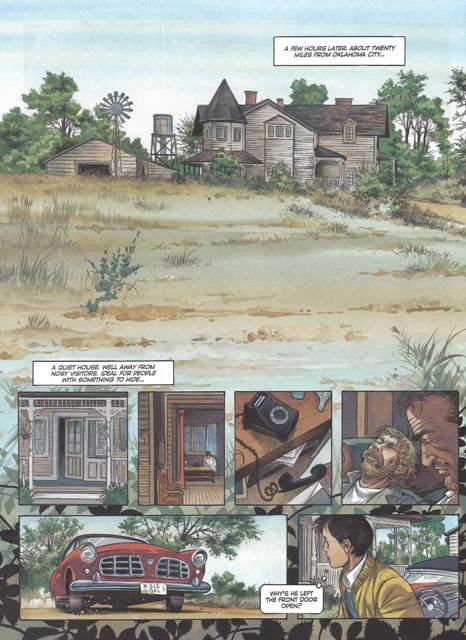 The events of Oklahoma/Texas are set five years after the events of Kansas. The young boy Rob Poliac is now a maths whizz attending college in Oklahoma City under the guise of Matt Benton. Though a brilliant genius level mind, Rob/Matt is deeply troubled by his childhood experiences living on the run with his father Alex. Though his father is presumed dead and the threat to his life over, Rob still lives with the expectation of constant danger. His anger simmers, barely constrained and often directed at his adoptive father Carl Menson, the man Alex Poliac was trying to save.

When tragedy strikes again, Rob finds himself alone with his father’s suitcase of secrets, the only thing that has ensured his safety from his dad’s enemies, but Rob is curious and there is a lot he doesn’t know, questions he wants answers to. Rob begins to dig through Alex’s list of soviet agents embedded along America’s Route 66, now all long dead in suspicious circumstances. He pulls on threads until he discovers the name of Dr. Waniek, a psychiatrist connected to some people on the list. One name is all he has and with it he heads down Route 66 again all the way to Midland, Texas.

Éric Stalner’s hybrid noir and spy thriller has been carefully constructed over the previous three albums, very focused on the action and threat of danger to Alex and Rob. This fourth album heads in a very different direction, developing the older Rob’s character and playing off the paranoia of Cold War era USA.

The art is exceptional and Stalner very good at depicting period details, the medical facility comparable to the cinematic version of One Flew Over The Cuckoo’s Nest (the book was published in 1963, the same time period as Stalner’s story). On one hand it feels like homage, but the details from hospital interiors to Midlands’ cityscapes and the wide spaces of Oklahoma are precise and take you back in time to the 1960s. It’s evocative, the effect empowered by the colourist Jean-Jacques Chagnaud’s distinguished palette. The crowds of people, all with their unique distinctive features and shapes, are incredible. The only counterpoint is that the cast’s emotional reactions are not as powerful as they have been previously, meaning the story itself is not as effective. However, Stalner is a fantastic artist with such variety on his pages it makes you wonder that if there is anything he can’t render well.

As the story progresses you realise that the “homage” is a false trail, luring you in with a sense of predictability and the illusion that there are no more questions to ask. Stalner then surprises with developments promting all sorts of new questions as we head into the closing chapter. If you haven’t read the first three albums, the story will not be coherent as Stalner relies on the reader to have done so. To avoid that, don’t let much time pass between reading each volume.

While the first half of 4. Oklahoma/ Texas is bettered by the second, it is still a carefully planned thriller. With a great 1960s aesthetic , splendid art and surprising plot devices giving new revelations while asking new questions, Stalner steers the reader  toward the finale in The Route 66 List 5. California.