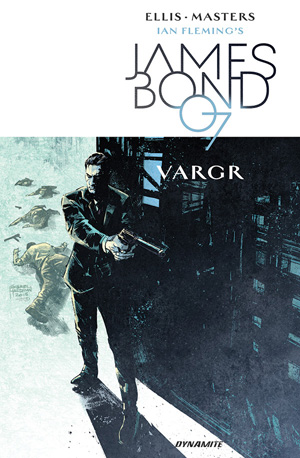 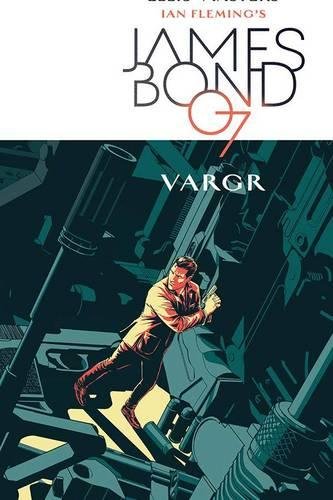 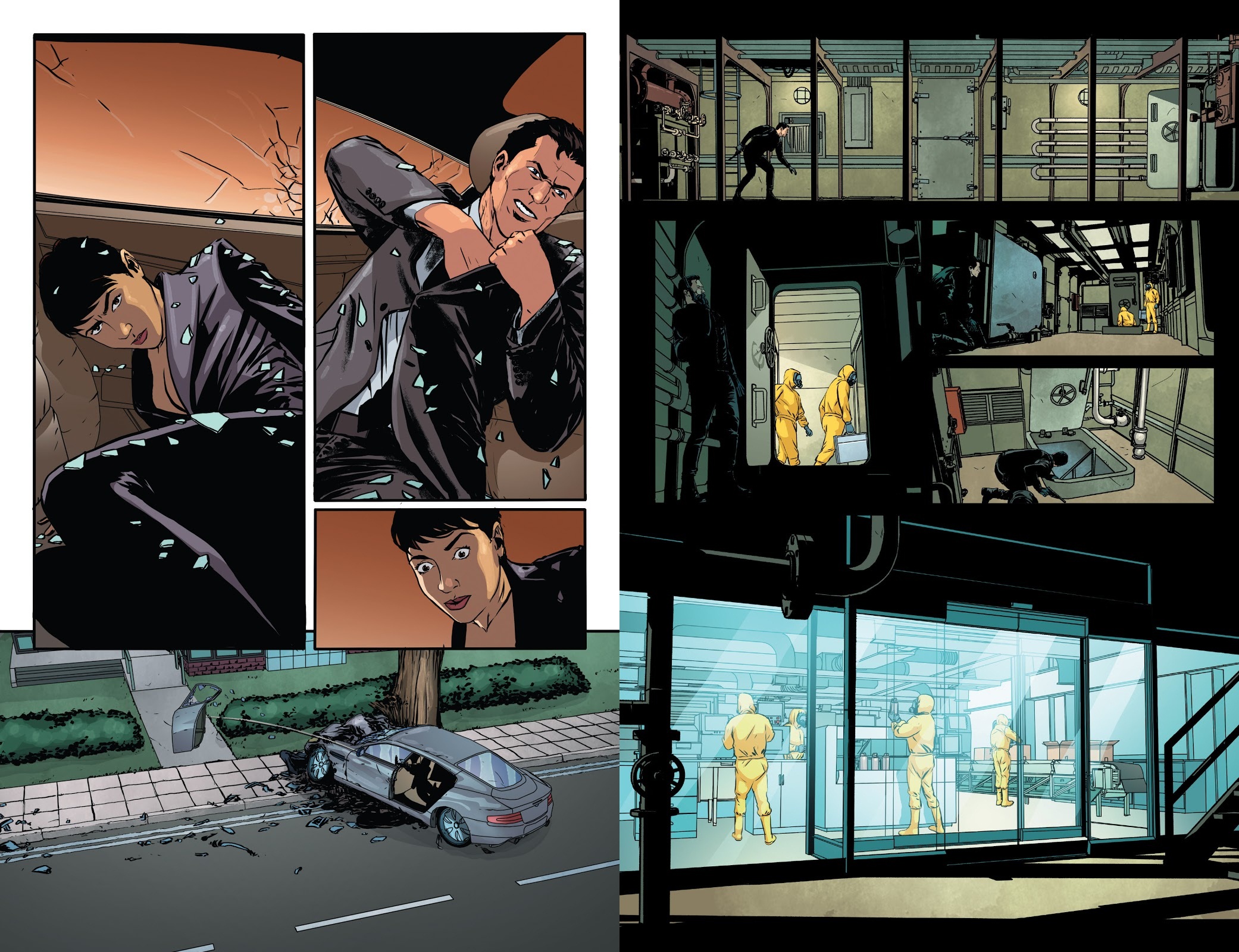 Vargr boasts a stunningly choreographed opening scene, a desperate chase wordless until the final couple of pages twist what we’ve come to expect from a James Bond story. It’s nasty, it’s surprising, and it’s a statement of intent, graphically illustrated by Jason Masters.

Bond’s stated mission is to visit Berlin and sort out the problem of someone exporting a new drug to the UK, but Warren Ellis doesn’t bother to conceal the bigger threat, confident he’s got enough other mysteries bubbling that he can give us that for free. One of those other mysteries is the title, not explained until near the end, by which time Ellis has already had Bond escape three murder attempts and a death trap.

As seen by the sample pages, Ellis has enough faith in Masters’ art not to plaster it with unnecessary dialogue or captions. In one sense Masters is fantastic artist. His line is neat, he gives us distance, detail, and creative layouts, puts the effort into the locations and delivers well choreographed action, page after page of it. Given all that perhaps it’s nitpicking to point out the locations are all very sterile, looking as if they’ve been newly constructed as film sets with nothing out of place and not a mark or scuff to be seen. It might just about work for a laboratory, but airports and warehouses have the same tidiness.

Ellis keeps to what we expect from James Bond. Despite a few comments about him being set in his ways, there’s no wild diversion off message for the sake of political correctness, just a solid update of the classic Bond. The characterisation is accurate and the villain arch, yet credible, and although the plot is slim, Ellis ensures enough action to divert from this. It’s a job well done, and Ellis sticks around for the following Eidolon. It’s worth noting the hardback and paperback editions of Vargr sport different covers.