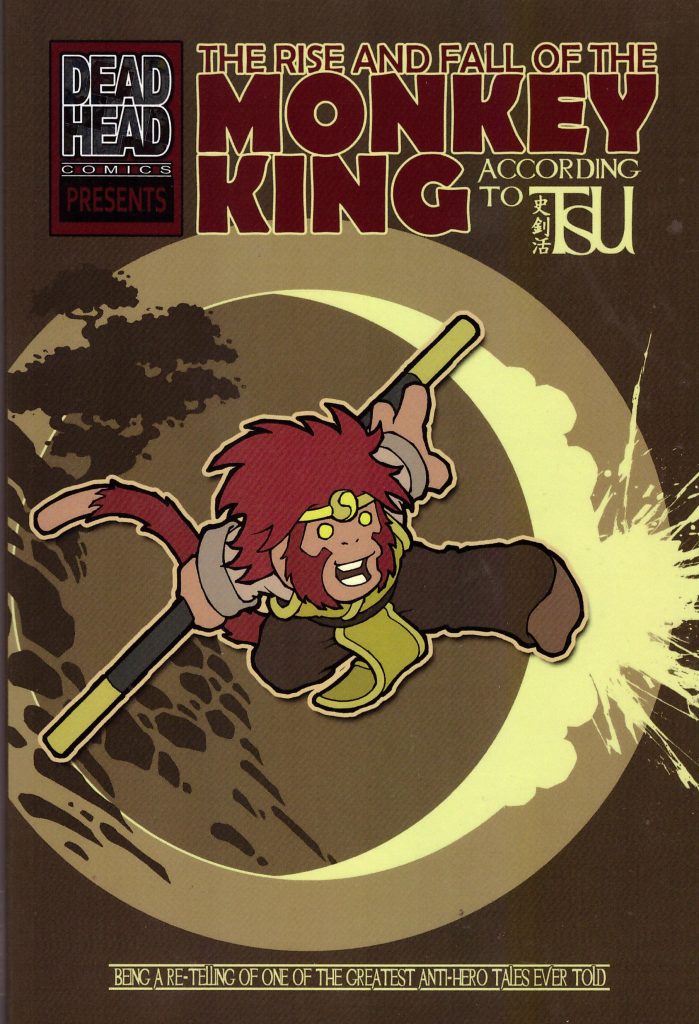 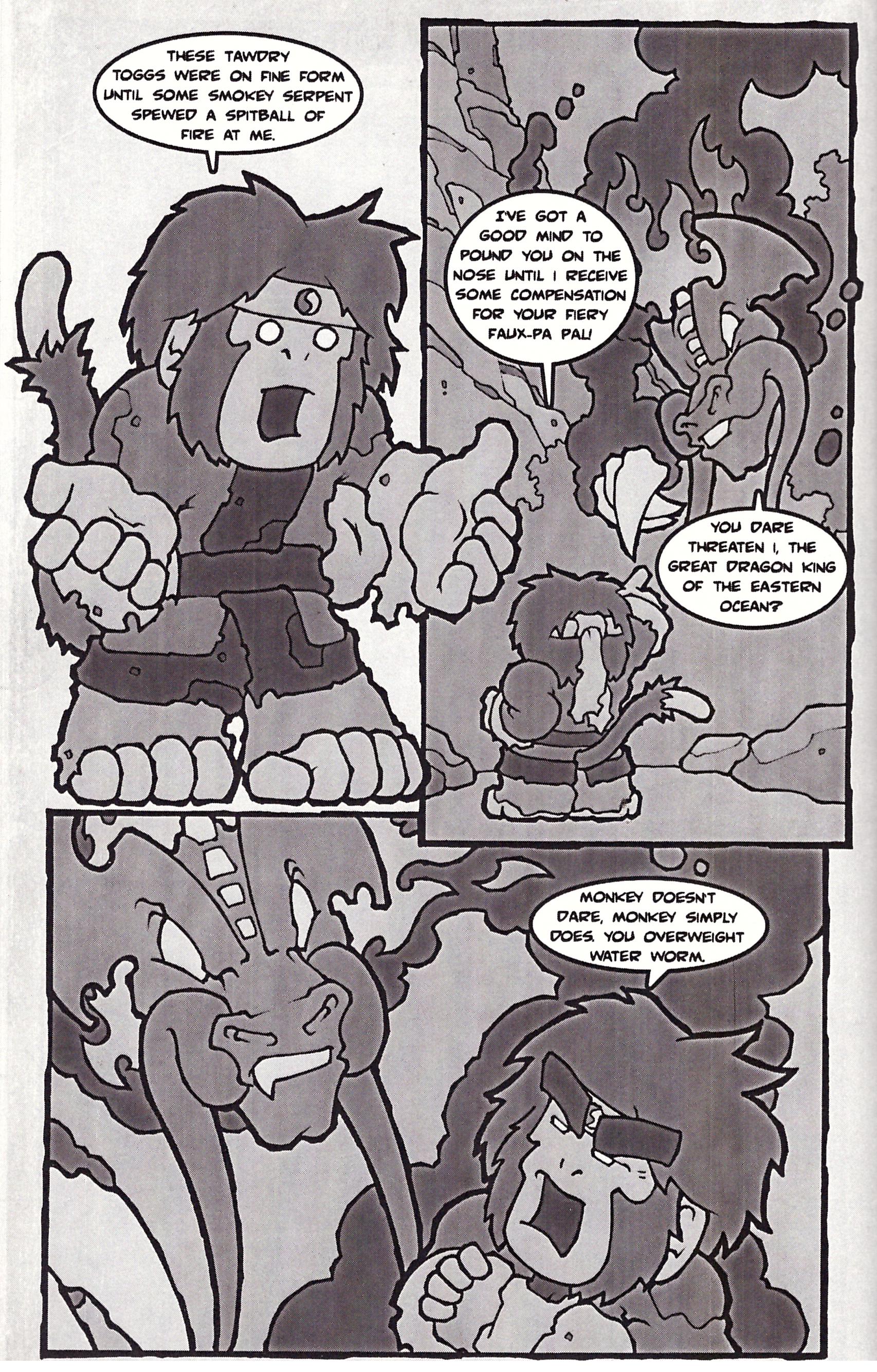 The ancient Chinese legend of the Monkey King is a fantastic story in both senses of the term, about a monkey born from within a rock and let loose on the world whose opportunities he joyfully grasps with both hands. Beyond that, the Monkey King is a wonderful hero, whimsical and petulant, but underscored by a warm-hearted and caring personality that’s up for anything, especially protecting the downtrodden. He’s fearless in confronting the great powers of his world, yet also wise enough to know when he needs to learn.

Tsu is a cartoonist with a great raw talent, but his abilities need refined. There’s not nearly enough variety in his viewpoints, not enough contrast between the black and white on his pages, and no focus on anything but the Monkey King, giving no indication of the wider world. It leaves the book looking densely inaccessible at first glance, and messy because there’s often not enough space between panels to enable the art to breathe. Look at any individual panel in isolation, however, and the actual drawing is great. The Monkey King is an athletic adventurer, and Tsu captures a sense of joyful movement as he bounds about the page.

That joy is also apparent in the dialogue. Although set in ancient times, Tsu establishes playful speech patterns, alternating between very modern and an archaic whimsy, at times almost channelling Bertie Wooster, both for the Monkey King and the supporting cast. Others feature, as the Monkey King’s story takes diversions into theirs, so we learn of Tiger and Dragon’s trip to enlightenment, and the reactions of the Great Emperor Jade in heaven, infuriated by the antics of the Monkey King, now calling himself Great Sage Equal of Heaven. At times it’s all very slapstick. You could imagine a Chuckle Brother taking the part.

Because the art looks so messy The Rise and Fall of the Monkey King isn’t as enjoyable as it should be. However, Tsu’s very talented, and his progress should be worth keeping an eye on. This graphic novel wasn’t distributed via Amazon, but can be ordered direct from publisher Deadhead Comics.