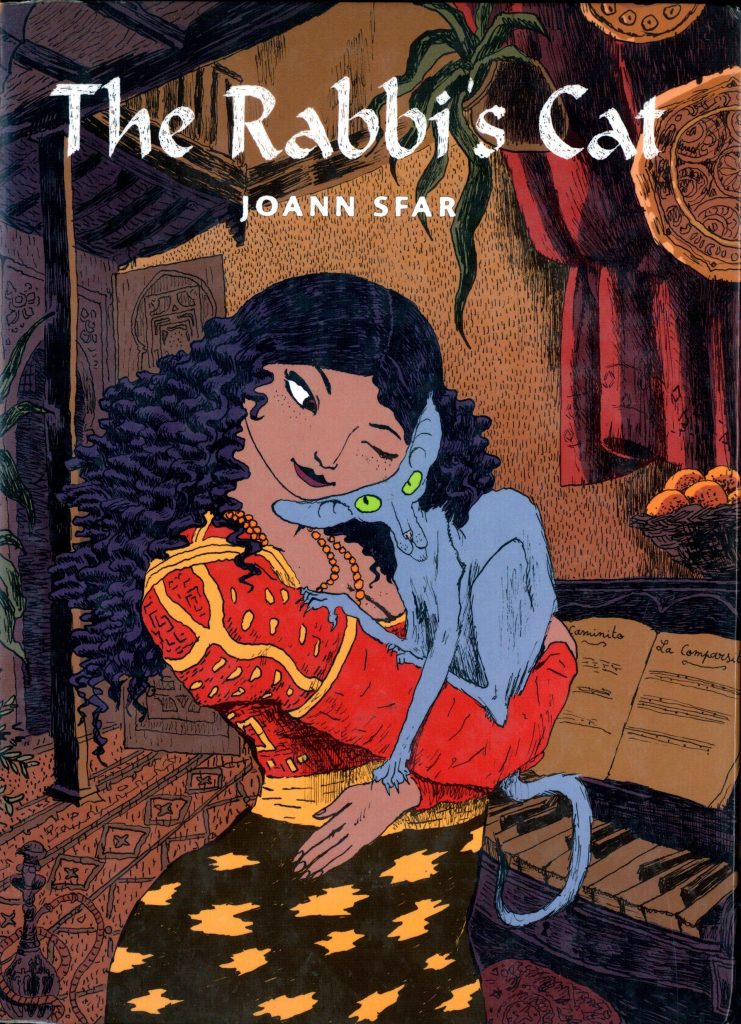 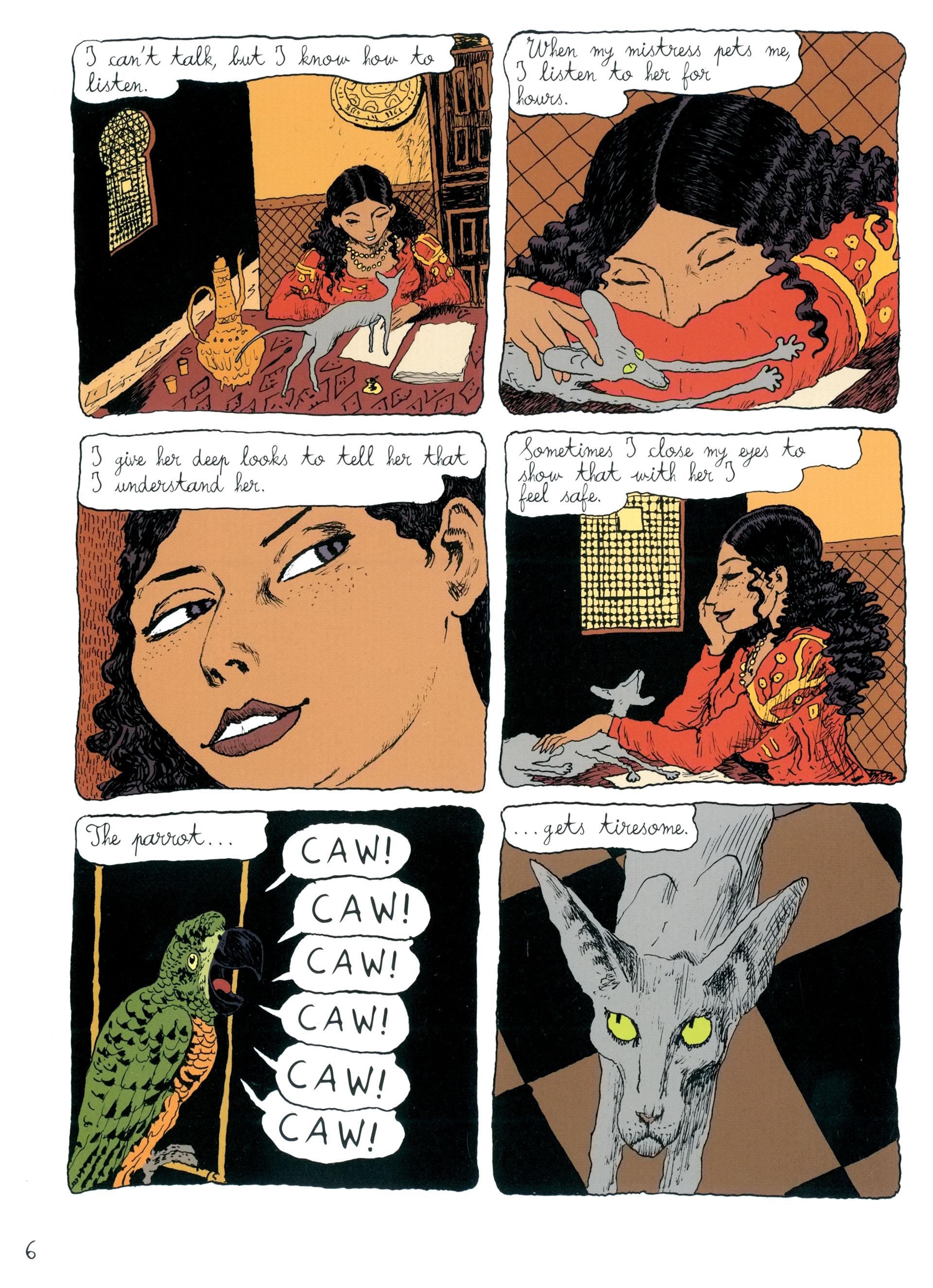 Joann Sfar has a few problems with the illogicality and inconsistencies of his Jewish religion as interpreted by biblical scholars via the Talmud, and as he has a public forum he chose to address his concerns via this unusual narrative method.

The Rabbi’s cat lives, naturally enough, with the Rabbi, and his daughter Zlabya, whose name sounds like a honey-drenched pastry, and with a noisy parrot. Eventually the cat tires of the parrot and eats it, whereupon it can speak. A pointer to the future is that almost its first words are denials that it ate the parrot. The cat, you see, is quite the tormenting presence, claiming it wants to convert to Judaism, yet challenging the interpretation of scripture, and not above manipulation and deceit. In strict biblical terms it’s cast as the tempter, refuting faith with logic as it argues not just with its own Rabbi, but his Rabbi’s Rabbi.

This combines what was originally three books in the original French, and they’re three very different stories, but all entertaining. The overt polemic is restricted to the first, although in the second the period setting becomes more relevant, with regard to the suppression of both Arabs and Jews in colonial Algeria between the two World Wars. This, however, is only background explaining why the Rabbi has to pass a test for the country’s French masters to retain the position he already holds. The tone is more gentle, a sentimental drama about friendship and by the third book Sfar’s reverted to comedy, with the grumpy old Rabbi and his cat accompanying his daughter and her new husband to meet his parents in Paris. The Rabbi finds constant fault to begin with, and the story becomes one of principle weighed against compromise, flowing into a refined comedy because circumstances are no easier for Zlabya. To some extent Sfar’s reducing his characters to stereotypes to serve the comedy, but he comments on that when authenticity’s rejected in favour of desperate pastiche.

Sfar’s cartooning can pass you by given the relative density of the text, but stop to look and apart from a fantastically scraggy cat, he’s superb at evoking time and place. He emphasises a way of life no longer with us, and his cast may be loosely sketched, but they’re personalised. You’ll come to know them, even those with only small roles to play.

If there’s a theme running through all three stories, it’s that of common ground, of respecting other people’s beliefs and ways of life, whether or not they conform with yours, even if you don’t understand them. We could all do with a little more of that. The Rabbi’s Cat is warm-hearted and charming, unless, of course, the frustration with Jewish beliefs challenges personal orthodoxy.