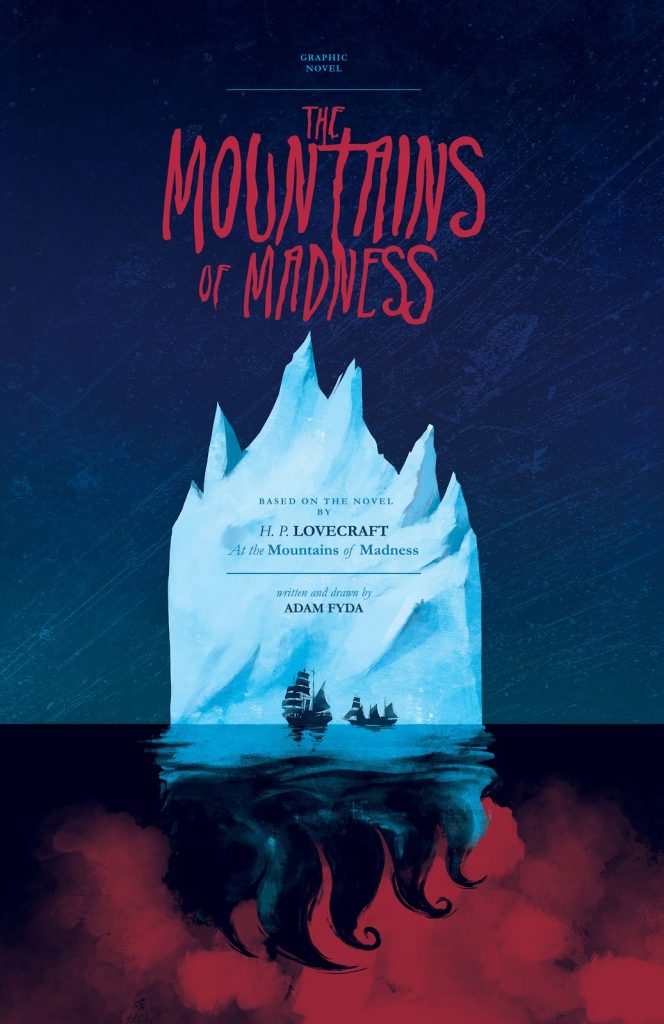 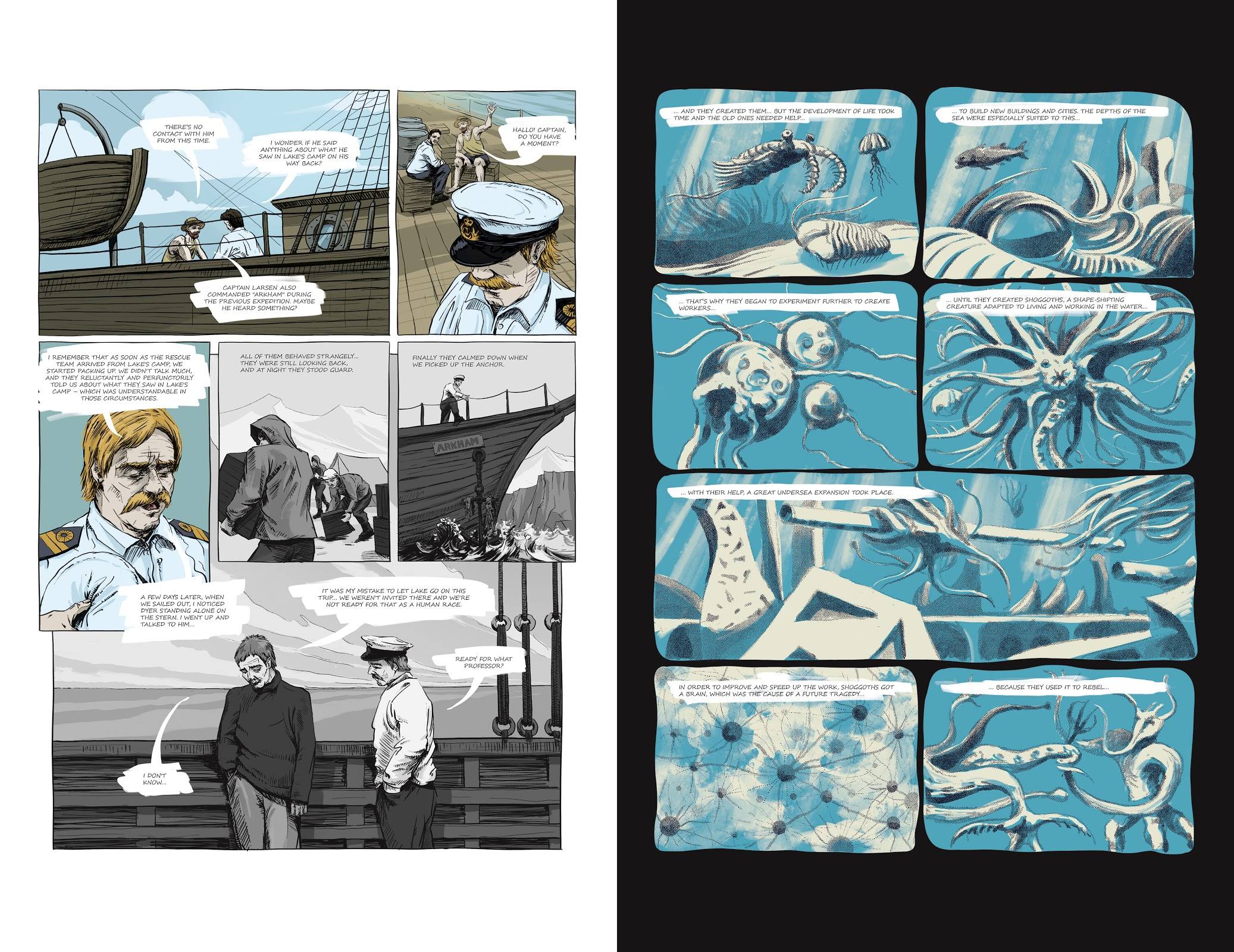 At the Mountains of Madness is one of H.P. Lovecraft’s most admired stories, telling of the tragedies that occurred during an Antarctic expedition. I. N. J. Culbard adapted it very nicely for a 2010 graphic novel. Adam Fyda is here producing a form of sequel, another Antarctic expedition underway, possibly the one Professor Dyer hoped to prevent in Lovecraft’s story. The warnings of that story aren’t enough to dissuade Professor Howard Pym. In fact, armed with Dyer’s notebook, he’s cautious, but curious, deliberately retracing Dyer’s path.

Fyda’s continuation is a strange project. Much of The Mountains of Madness repeats Lovecraft’s story, using a different cast forearmed with knowledge of the Elder Things, and some retells the original anyway. Their experiences aren’t very different from those warned of in Dyer’s notebook. With Culbard’s adaptation not too far distant, Fyda doesn’t bring enough new material to provide anything different, and his art isn’t as accomplished. He’s good with scale and the open spaces, the elements and natural scenery dwarfing men, and these provide his finest pages. He also plays out the tension well, as in the original story, with readers alongside Pym never really knowing what’s around the next corner, but too many of his people are slightly wrong, with heads at odd angles and faces awkward.

The eventual options for Pym and his party are few, and Fyda ends with a couple of short stories that are little more than tasters, showing others with ambition about to make a big mistake. The hardcover presentation is nice, but greater originality was needed. 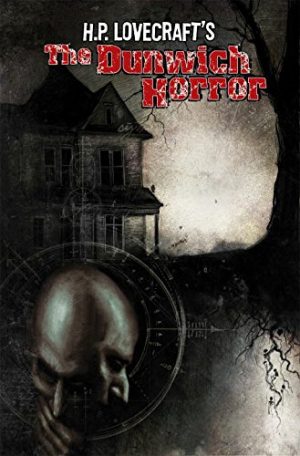