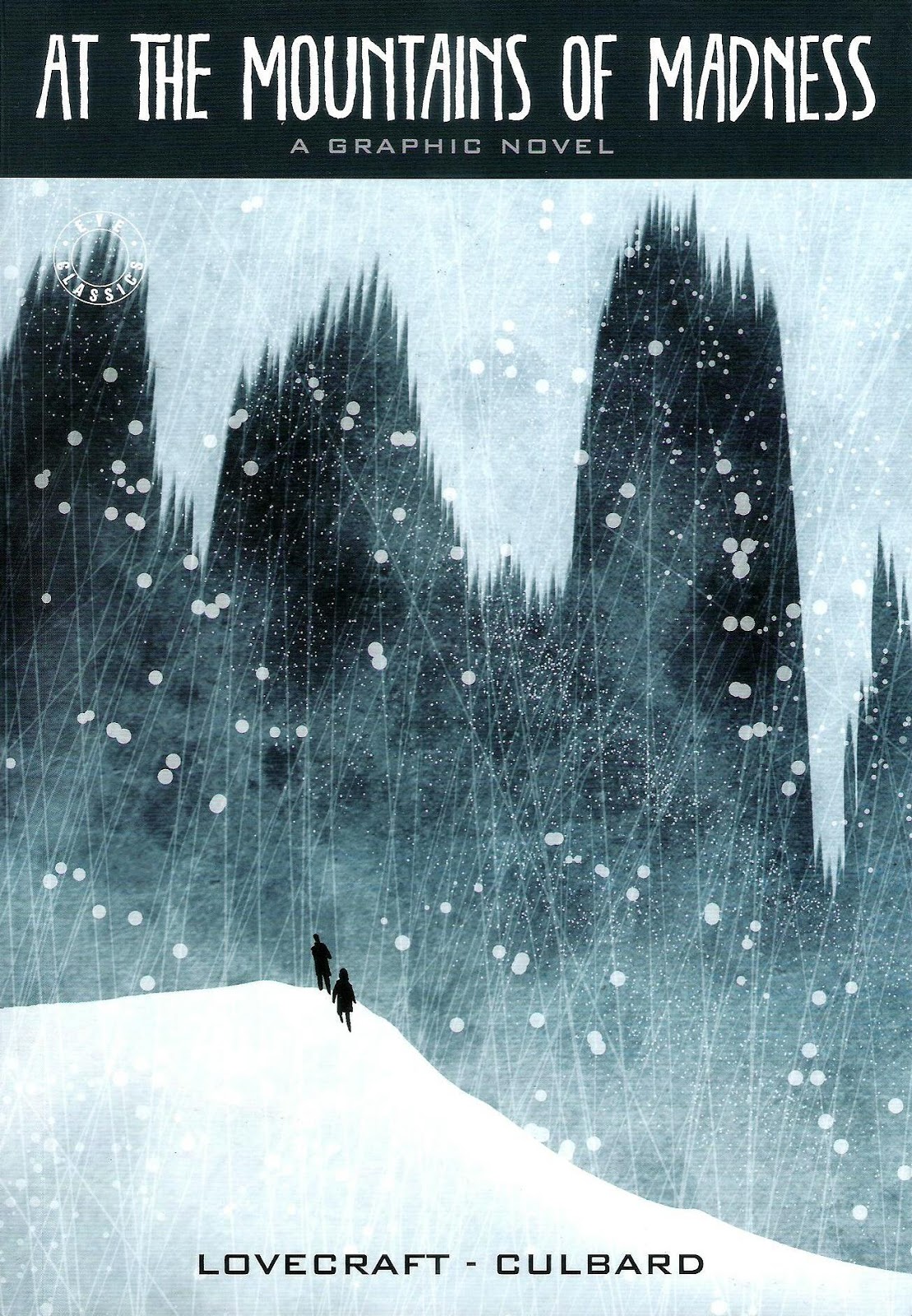 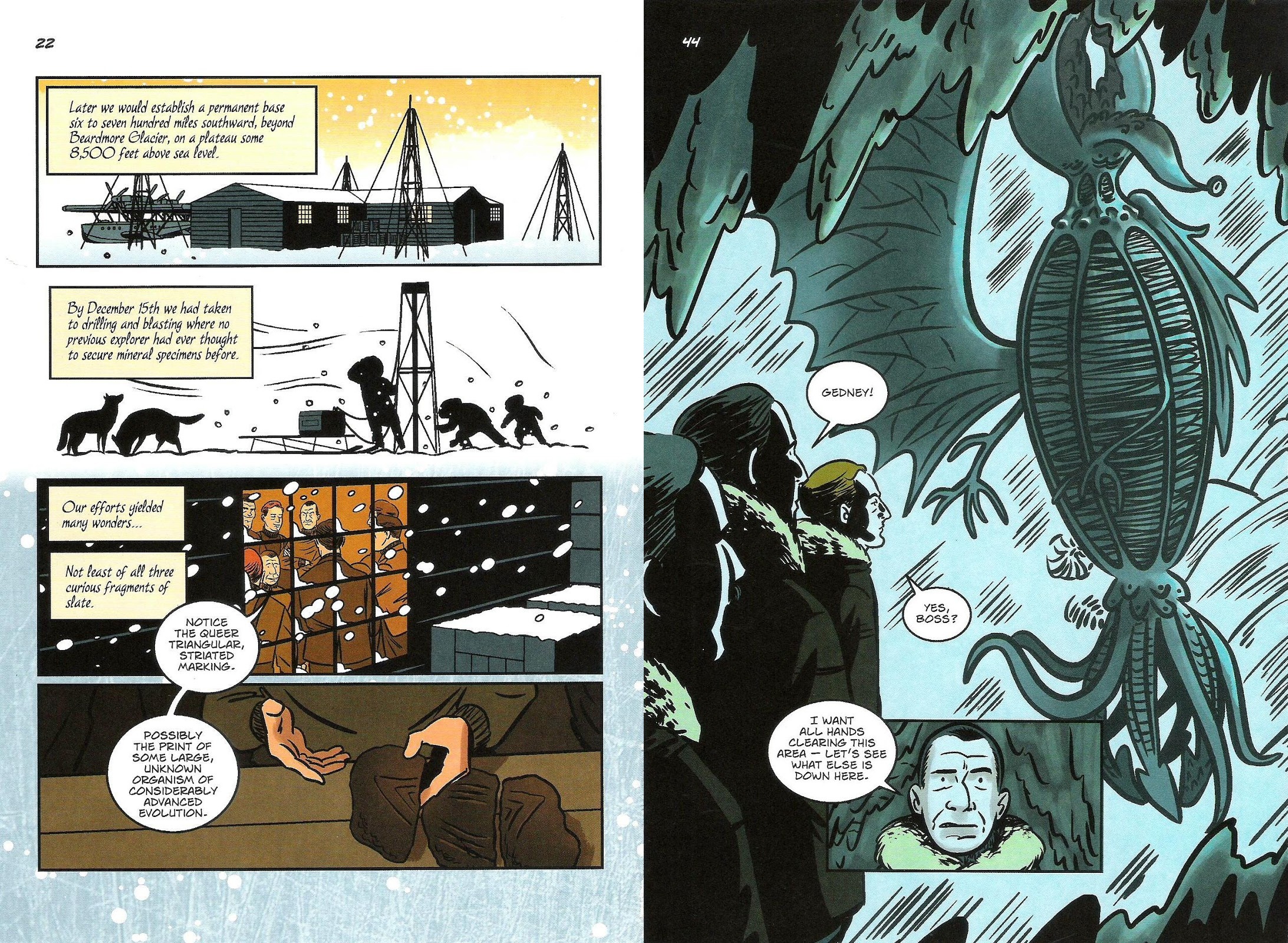 It became one his best loved works, but when H.P. Lovecraft first submitted At the Mountains of Madness to pulp magazine Weird Tales in 1931, it was rejected.

Lovercraft instils a sense of foreboding from the start via the revelation that the narrative is the journal of Professor William Dyer, a geologist on an Antarctic expedition. Did he survive? Two ships, the Arkham and the Miskatonic are stffed with crews who plan to acquire deep rock and soil samples in a single summer, but when they go off mission remarkable discoveries are made, each requiring additional investigation. Further suspense is induced by the team splitting, one group perched around a radio hearing the daily broadcast from their colleagues.

The first thought might be that while adapater I. N. J. Culbard has proved himself a master of period pieces, is the formal precision of his cartooning really suited to what the story becomes? There are no concerns about the first half, which features page upon page of Culbard’s meticulous studies, effortlessly evoking the 1920s and what we’d now consider primitively prepared explorers. The boats and the scenery are marvellously designed, moustaches abound on stiff upper lips, and when the full horror reveals itself we have cause to be thankful for Culbard’s style and sensitivity.

However, the appeal of Lovercraft’s story is that it’s not just tension, gore and terror. There’s also a spirit of wonder and of greater discovery than could be imagined by the explorers of the time, and for this Culbard is ideal. To a greater or lesser extent most of Lovecraft’s works posited the theory that mankind was a relatively recent occupant of Earth, which was previously tenanted by other beings, terrifying and almost unknowable to us. At the Mountains of Madness is the tale in which Lovecraft pulls together a form of chronology.

In almost all cases a source novel has a descriptive richness not even an excellent artist can evoke when adapting to comics, but the case of Lovecraft is different. As a pulp writer he was paid by the word, and the solidity of his plots often struggles to free itself from the deliberate complexity of his prose. Culbard extracts the essentials, the adventure, the suspense and the ethical conundrums to present a formidable story. It’s rich, compelling and detailed, a horror to become lost in. 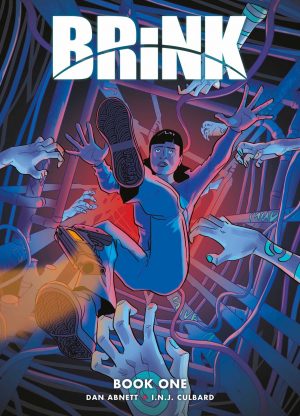 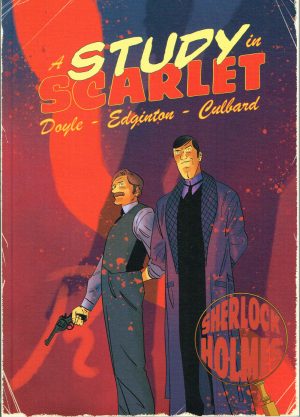 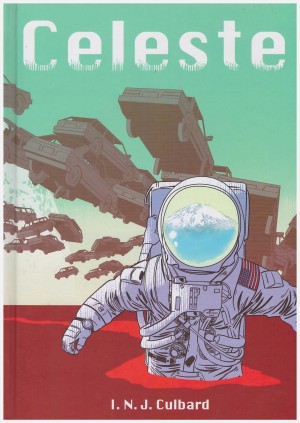