The Mighty World of McCrea 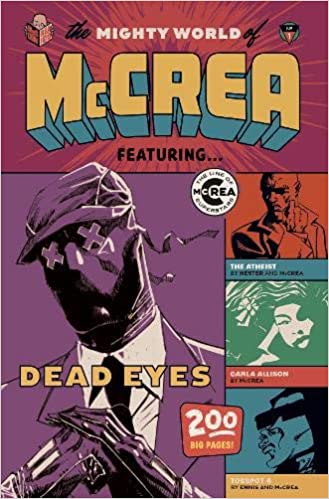 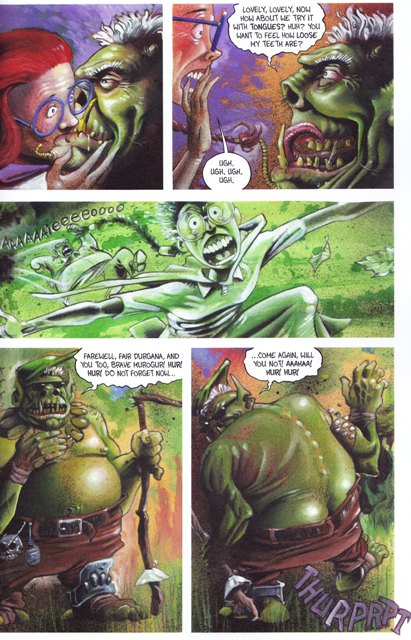 John McCrea is perhaps best known for his creative partnership with Garth Ennis on titles like cult DC Comics titles Hitman, The Demon and Judge Dredd for 2000AD. More than that, he’s an artist who can swap styles effortlessly and is (judging by the number of well known creators featured) the quintessential artist’s artist. Thanks to a very successful Kickstarter campaign (backed by Brian Bendis and Jimmy Palmiotti amongst others) The Mighty World of McCrea features not only a sample of John’s work new and old over his 35 year career, but that of some other criminally underrated talents.

McCrea began his career in the 1980s, but his love affair with comics began in the late 1970s. So much so that he opened Belfast’s first comic store Dark Horizons in the early 1980s out the back of Terri Hooley’s record store. What’s so special about that? Mr Hooley’s Good Vibrations store and music label was a champion of the Irish punk scene, discovering and promoting bands like The Undertones and The Outcasts. McCrea tells the tale in a funny and engaging essay.

The Mighty World of McCrea is an oversized book with its size and layout, including the creator interviews and prose essays, redolent of the fanzines and annuals so popular in the UK during the 1970s and 1980s. Even a few games and puzzles are included to add to the flavour!

As noted earlier, McCrea is a versatile artist switching between styles. ‘Rocket Station Charlie’ is a 1970s-style Eagle/2000AD inspired space thriller written by Gerry Duggan. It’s only a few sample pages (released in full sometime in 2021), crisp and clear with subtle and sparse splashes of yellow that blow the page up. ‘The Atheist’, originally published with Image and written by Phil Hester, has a similar but less refined seventies styles and is supplied in full.

McCrea’s use of colours and dynamic loony action set him apart in 1990s DC Comics, demonstrated here in the humorous ‘Wyrmwood’ written with Mal Coney (sample) and ‘Dinosaurs Rool’. Fans of his work on Hitman will appreciate the latter, a humorous tale about what might have happened if humans had lived the same time as the extinct giants. He and Ennis later produced a hilarious tale in a similar vein for that title.

While none of his work can be classed anywhere near shoddy or lacklustre, McCrea shines when he has off-kilter comedic satire to draw like ‘The Tosspot Four’ with Garth Ennis for the now defunct Deadline and ‘Team USA’ with Nick Abadzis. His ability to hold the attention with dynamic movement and expression is further displayed in the two black and white ‘Carla Allison’ stories also created for Deadline.

It’s not just McCrea’s art that features, the man using his platform to promote others. Included are short comics by Martin Hand and four brilliant pages of the Godfather of British underground comix Hunt Emerson’s ‘City Mouth’.  Also included is the first woman to illustrate for the Beano Laura Howell’s silly-funny ‘Gilbert & Sullivan‘ and sweet ‘Flora & Fauna’.

Is this McCrea’s best work? No, because three more volumes of The Mighty World of McCrea are planned and he is always improving his craft. He might adopt a certain style, but the lines are always a little cleaner, the expression a little more pronounced. There’s clearly more to come as he refines those skills and he’s far from finished with his career.

Strangely absent from Amazon, pick up the book directly from the man himself here.