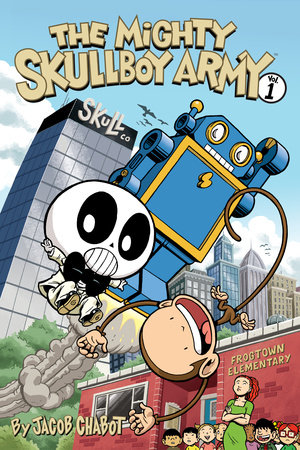 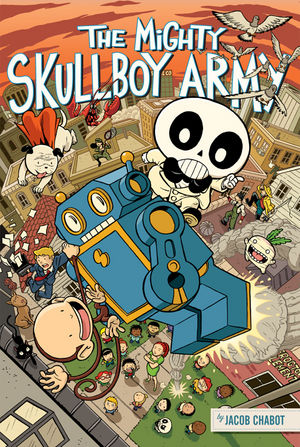 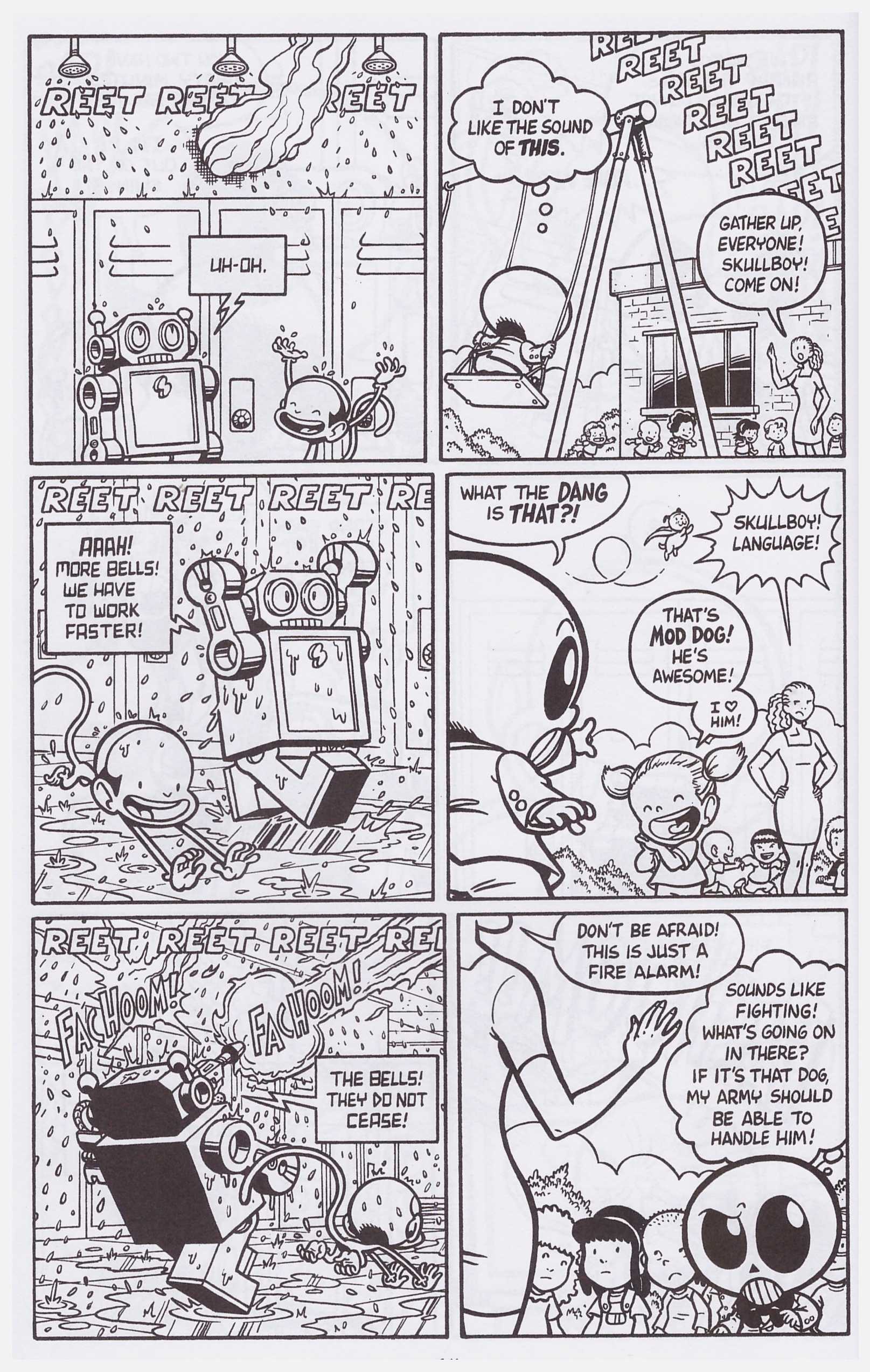 There are some concepts through which the magic seeps despite the limitations set in advance. Pinky and the Brain was a great animated series, yet we knew before watching an episode that it would end with the lab animals back in their cages, and the suspension of logic was essential. So it is with the Mighty Skullboy Army.

Skullboy is the CEO of Skull Co, a multi-million dollar company frequently engaged in dubious business, although that’s never explicitly investigated. He has minions, a robot and a monkey, who act on his every command. The drawback? Due to his young age it’s a legal obligation that Skullboy attend elementary school.

To begin with Jacob Chabot is very much feeling his way. The concept is good and his cartooning is good, but the logistics of telling a story in comic strip form elude him. The opening material suffers from a lack of knowledge about how to compress the requirements into their essential elements, so taking several panels to convey what by the end of the book he’s supplying in one. There’s also a lack of discipline, with stories veering off direction and sliding toward what aren’t great finishing gags.

Stick with it, though, as the storytelling improves, and if the final panel gag continues to avoid the mark on occasion, there are enough laughs in the body of the strip to compensate. The robot and the monkey betting at the race track is just an aside, but hilariously incorporated in the funniest story, in which they have to raise funds rapidly, so start a lemonade stand. Of course, Skullboy is the marketing master, so assumes control. In common with the earlier material, it veers all over the place, but there’s a connecting thread enabling Chabot to pull everything together satisfactorily.

Like Pinky and the Brain, much of the humour stems from an overly intelligent mastermind being hamstrung by the quality of his assistants, and it’s a formula that survives repetition. The content was nominated for an Eisner Award in the all-ages category, and by the end of the book it’s obvious why. Children will love the irreverent humour and parents will catch the jokes flying over their kids’ heads. Volume 2 is even better.