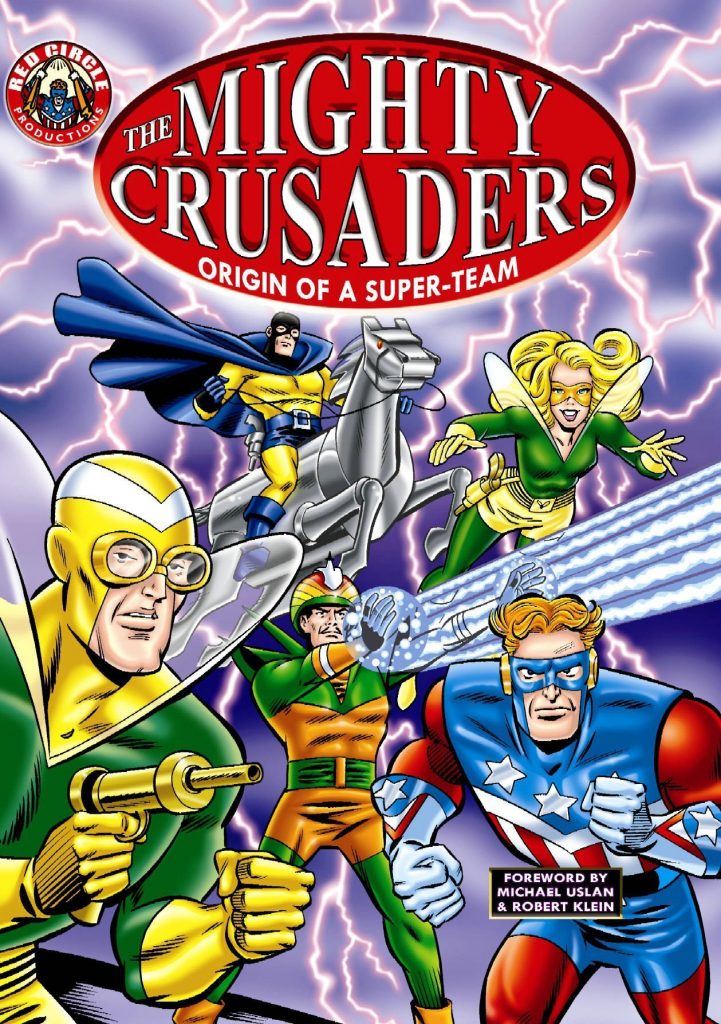 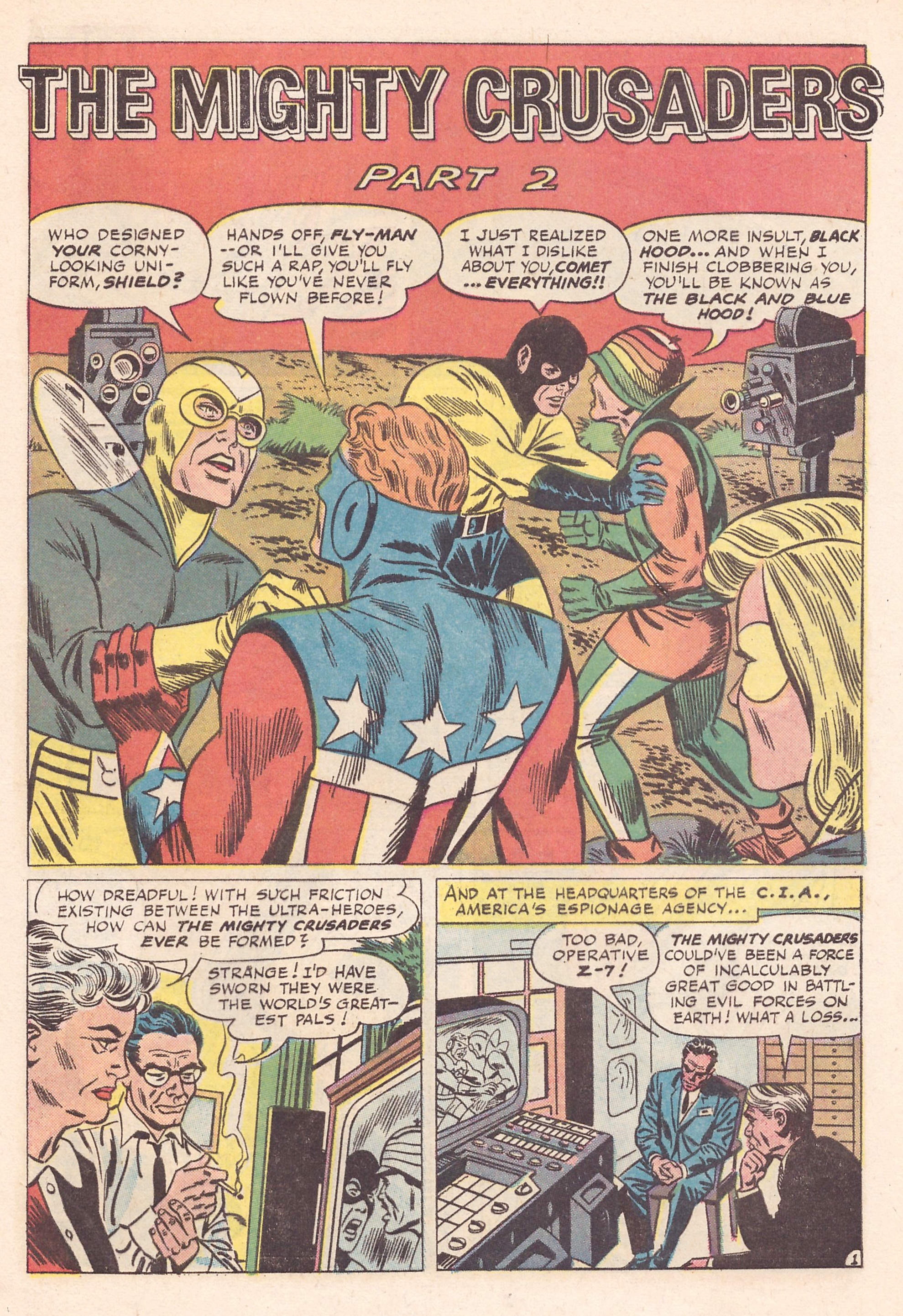 In 1965 Archie Comics noticed how Marvel’s superheroes had really taken off, and how the kids really seemed to ‘dig’ them. Someone remembered they had a bunch of 1940s failures from the days before they concentrated almost exclusively on America’s most wholesome teenager, and if they were updated with some ‘swinging’ dialogue maybe they’d have a hit on their hands. So began one of the most preposterous superhero series ever, The Mighty Crusaders, and Origin of a Superteam reprints their earliest stories.

Sadly, it’s not quite representative of how hilariously misguided and kitsch the series became, as only the first issue is included in this collection, along with three earlier issues of Fly-Man, one of the few Archie comics in 1965 unrelated to Archie himself. Fly-Man had recently metamorphosed from the tamer Fly, created by Jack Kirby and Joe Simon, just prior to Kirby’s success at Marvel, and then being written by Superman’s creator Jerry Siegel. Unfortunately any spirit to Siegel’s writing had been ground out of him by years of seething impotence as DC’s directors grew rich from Superman, while he laboured writing gimmick stories for the comic’s tyrannical editor. He applies the same formula to Fly-Man, who could shrink or grow thanks to a magic ring, but that’s not enough to thwart the plans of his arch-foe the Spider, and on several occasions he needs the intervention of another hero. Each of them informing Fly-Man and the readers of their unlikely coincidental presence and announcing they’ve come out of retirement.

Siegel picks up on what the Marvel comics of 1965 were doing on a surface level – drama generated by heroes having disagreements, quips, more exotic villains – but doesn’t get to grips with the mechanics. There’s not much logic or sense, just a bunch of flat characters going through the motions, and villains with little motive other than servicing the plot, attacking a whole team of superheroes for no good reason and explaining themselves as they do so. Need the powers of the Mighty Crusaders removed? Just encase them in cancelite. That’s the level of logic employed. There’s an equal lack of artistic inspiration. Paul Reinman had worked for Marvel, and could approximate Jack Kirby’s style, but not his dynamism, so everything looks brutally dull.

It’s the later issues of the 1960s Mighty Crusaders that really need reprinted, monumentally misguided as Siegel throws caution out of the window and grapples with a culture he’s incapable of understanding. This work is just lazy and plodding.