The Merchants of Venus 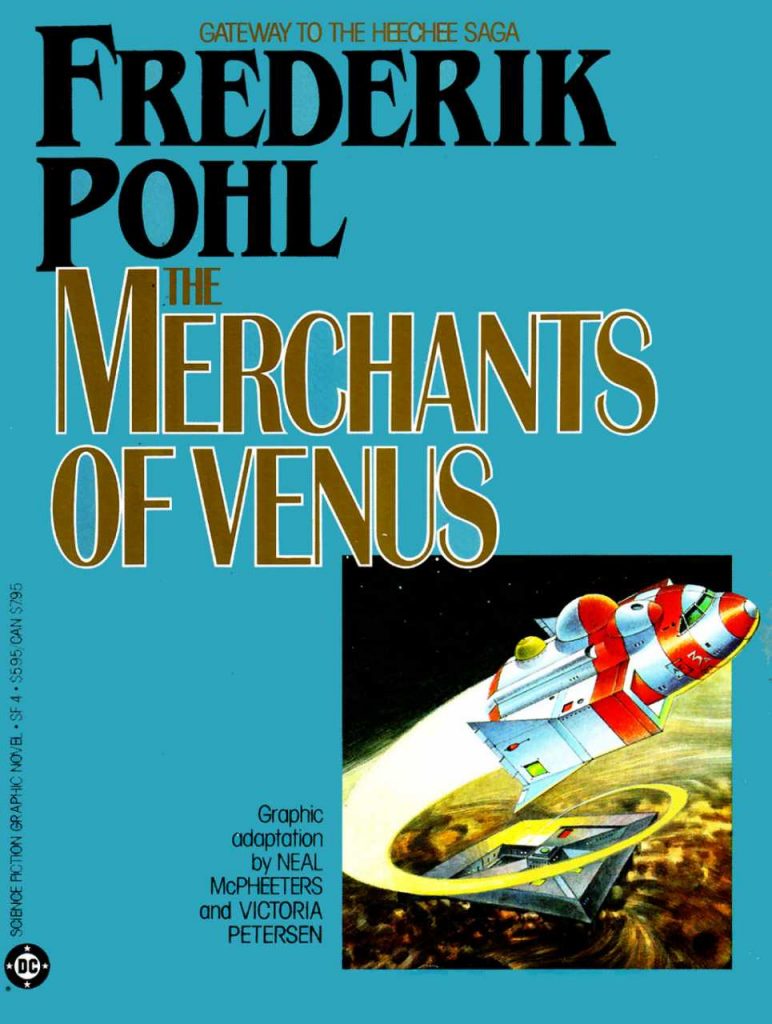 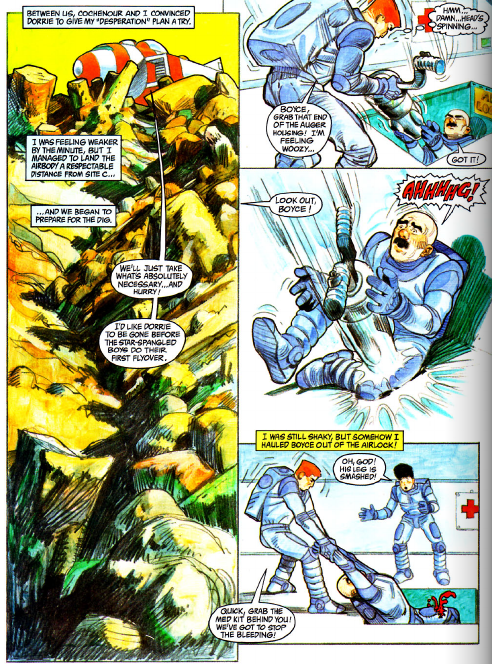 Alternatively entitled The Merchants of Venus Underground, Frederick Pohl’s captivating novella appeared in 1972 as a biting satire on free market capitalism seamlessly blended into a gripping escapade of treasure hunting in the grand style of Jack London, Joseph Conrad or Carl Barks.

Audee Walthers works as a pilot on the desolate colony of Venus. Most of the work is babysitting tourists who come to see the ancient remnants of Heechee civilisation: million year old tunnels and incomprehensible technology from a star-faring race that upped and vanished overnight, long before our ancestors climbed down from the trees.

There isn’t much to see. The odd tool or prayer-fan, bizarre and incomprehensible gadgets immune to ageing and damage often dot the sub-surface tunnels the aliens left, and which are still being found regularly, but Venus is a big planet and everybody dreams of finding the lost Heechee jackpot: a cluttered warren, actual images of the mysterious unknown creatures or best of all, understandable tech that will be usable and pay off in big rewards from the Government or Corporations.

Audee is especially keen on that fabled big find. His liver is failing and in a ruthlessly commercial society where everything is costed and paid for, he hasn’t got the cash to stay alive much longer. So when millionaire Boyce Cochenour and his popsy Dorotha Keefer hit “town” the pilot smells someone as desperate as he for hunting Heechee, and moves Heaven and Earth to meet them. Together they will find that special something or all die trying…

This comfortably traditional adaptation from the highly experimental graphic novel series comes courtesy of painter and straight illustrator Neal McPheeters, who adapted the tale with his wife Victoria Petersen. The art is bright and vivid, broadly humanistic if a little stiff and static, delivered in a palette mimicking the gaudy manner of a child’s crayons. The essence of the story is here, and decently adapted, but for the full nuances the original novel is the better read.