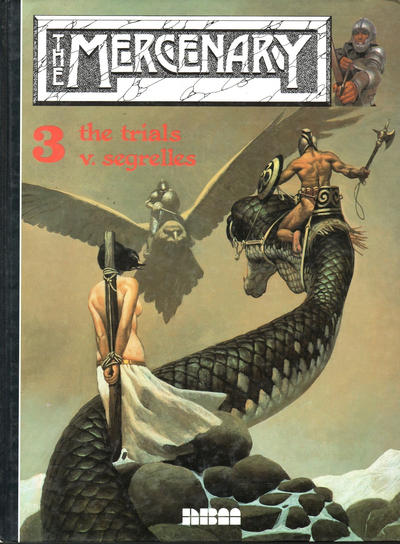 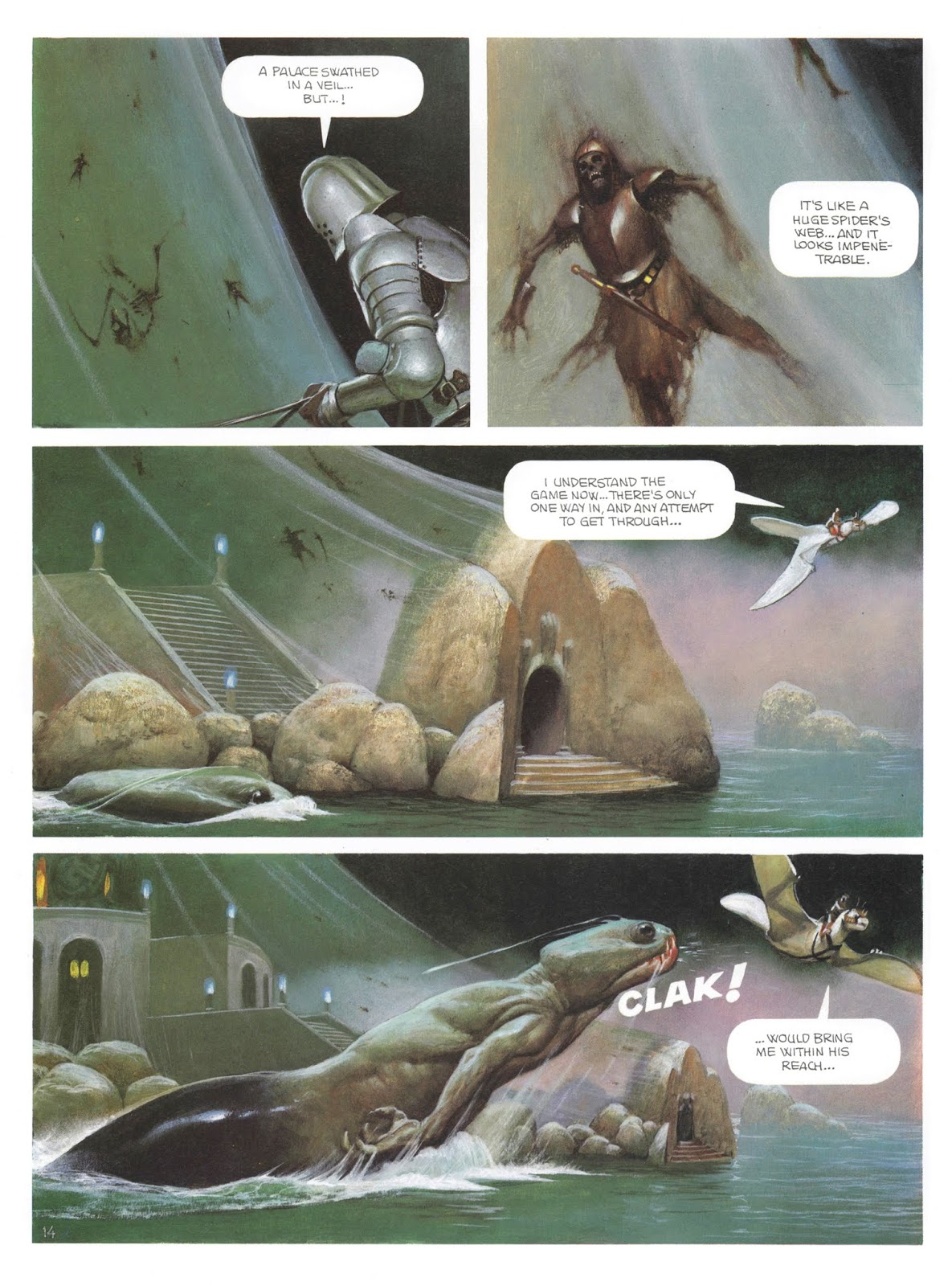 As he worked with them to good effect in The Formula, the Mercenary has decided he wants to formalise his arrangement with the Monks of the Crater, and become an official member. There’s no lead-in to this, as Vicente Segrelles opens The Trials with a scene of the Mercenary being told that to join the monks he’ll have to undertake a series of tests, risking his life. Seeing as that’s what he does anyway, the Mercenary just shrugs the news off.

Viewed with any kind of logic, the plot seems to make no sense. The monks are not only prepared to send a valuable ally to his possible death when he’s already proved his worth to them, they’re also risking other resources at their disposal. If they have an armoured giant, why don’t they use him on missions instead of having him fight to the death? Further logical lapses occur, but the appeal of sword and sorcery has never been logic, it’s about the thrill of the mightily muscled hero overcoming monstrous entities, and on that score Segrelles is in comfortable territory. The idea of the trials is just a means of linking separate short incidents that show the Mercenary at his brutal best. And it should be noted that Segrelles knows what he’s doing, and all evidence to the contrary, sense prevails as he fools readers liable to pick holes in his plots.

It’s the art that’s the major pull anyway, and Segrelles again delivers with one great page after another of the Mercenary on his dragon sweeping through the skies. As before, the painting results in a stiffness when it comes to movement, and Segrelles is still using women as nothing more than sexual objects.

The Trials was combined in paperback with The Sacrifice, which is far shorter and even better. It was also solicited in a reissued hardcover edition in 2018, leading to online listings, but the English language version was never published. The Fortress is next, although continuity elements are extremely minor, and the books can be read in any order.