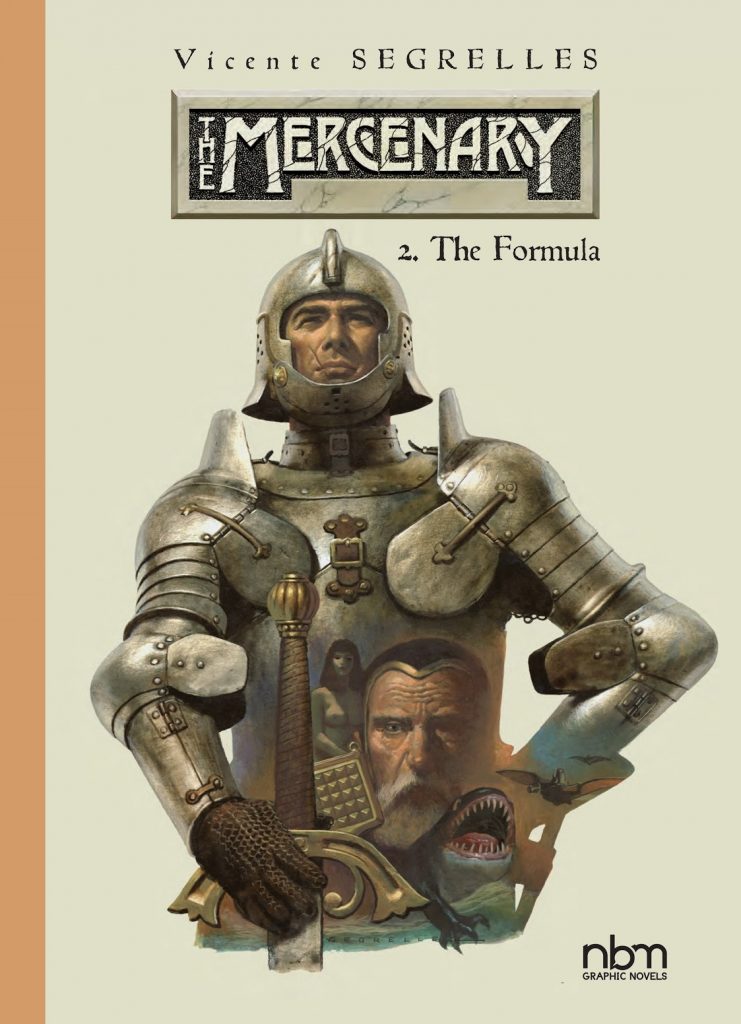 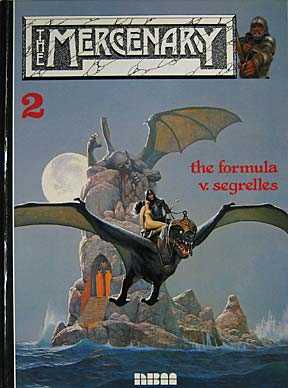 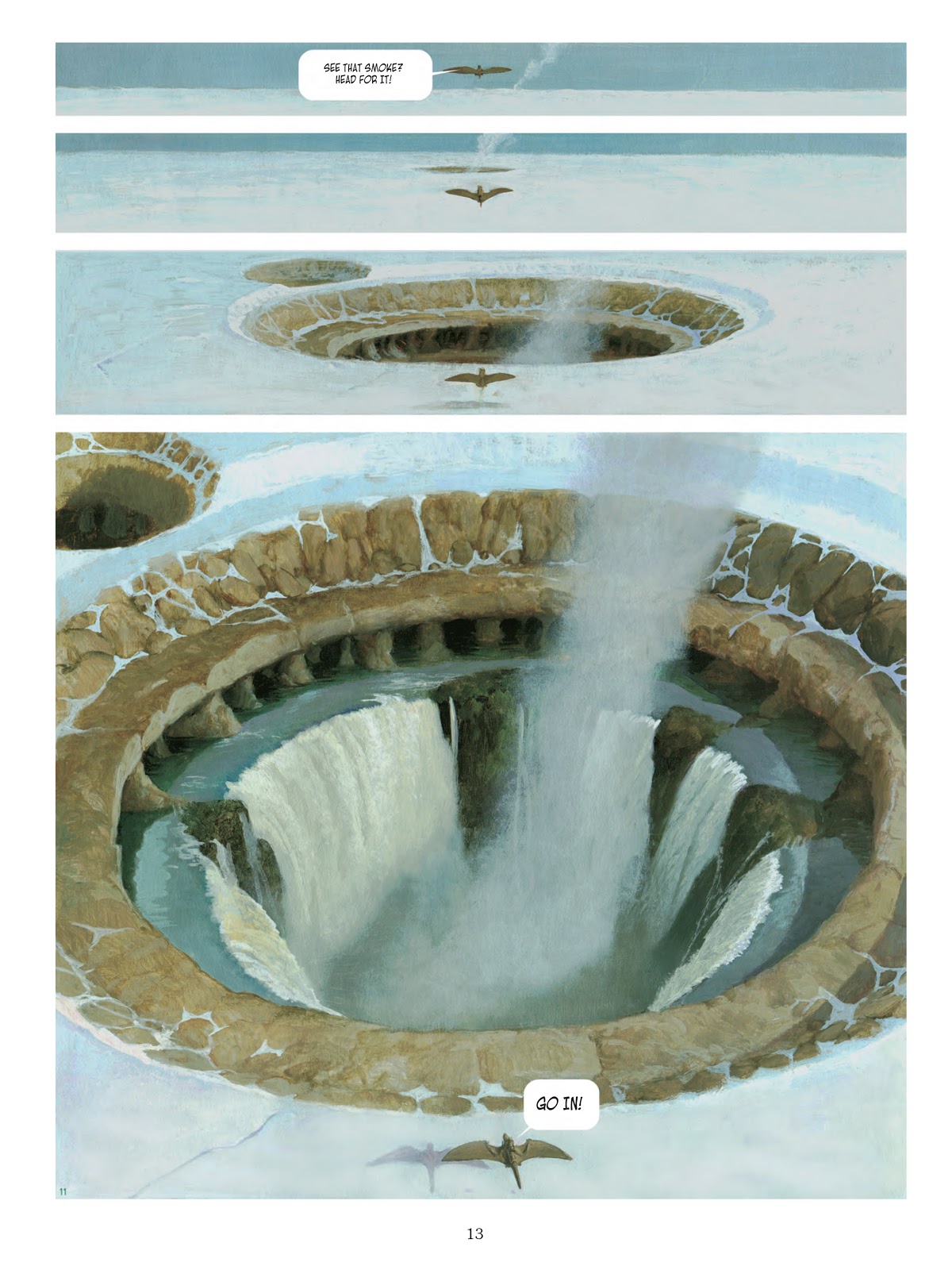 The Mercenary is shopping for armour when approached by one Claust, who has a formidable reputation as among the world’s leading alchemists. It’s a fortuitous meeting as Claust is in desperate need of a bodyguard. For all that desperation he’s a crotchety old alchemist, quick to criticise and keeping a secret we rapidly discover. We also learn that despite how he’s known, the Mercenary has principles, and his honourable reputation has a greater value than his fee.

The Cult of the Sacred Fire didn’t lack for beautifully painted scenes of the Mercenary on his dragon flying across blue skies and over exotic landscapes, and Vicente Segrelles provides plenty more of the same here. They’re oases of serenity punctuating danger and violence, the latter being ramped up in this story. Segrelles revels in the painted equivalent of slow motion cinema, such as a scene in which a knife is viewed heading inexorably to become embedded in a warrior’s face, after which he topples onto the rocks below. It’s a technique that slots into Segrelles’ gift for painting a fantasy world as if photographic realism. Stunning though it can be, it’s also static in places, a casualty of the approach. After the story Segrelles notes that each page took roughly ten days to paint, meaning The Formula occupied him for well over a year.

In the previous book Segrelles was too keen to play to the formula of objectifying women in sword and sorcery tales, and The Mercenary dating from the 1980s hasn’t aged kindly in that respect, but here he’s having his cake and eating it. There’s a good twist, but he still manages to include alluring topless women. However, The Formula’s plot is stronger, and it sets up the world and enemies Segrelles returns to in later stories.

Once the story’s complete we move to an essay from Segrelles giving his thoughts on The Formula, which are fascinating for anyone interested in the creative process. He explains background that didn’t make it into the story, which is clever, and it’s accompanied by plenty of illustrations produced for a book about weapons that funded him while he worked on The Mercenary.

Sadly, despite being a bargain for the quality on offer if you’re a fantasy fan, the digitally formatted Definitive Edition reissues of The Mercenary didn’t prove cost effective for NBM, and despite The Trials being solicited, it wasn’t reissued in this format. NBM did issue English editions of the ten remaining graphic novels, and in the 1980s also published a paperback edition combining this with The Cult of Sacred Fire.