The Mercenary 1: The Cult of Sacred Fire and The Formula 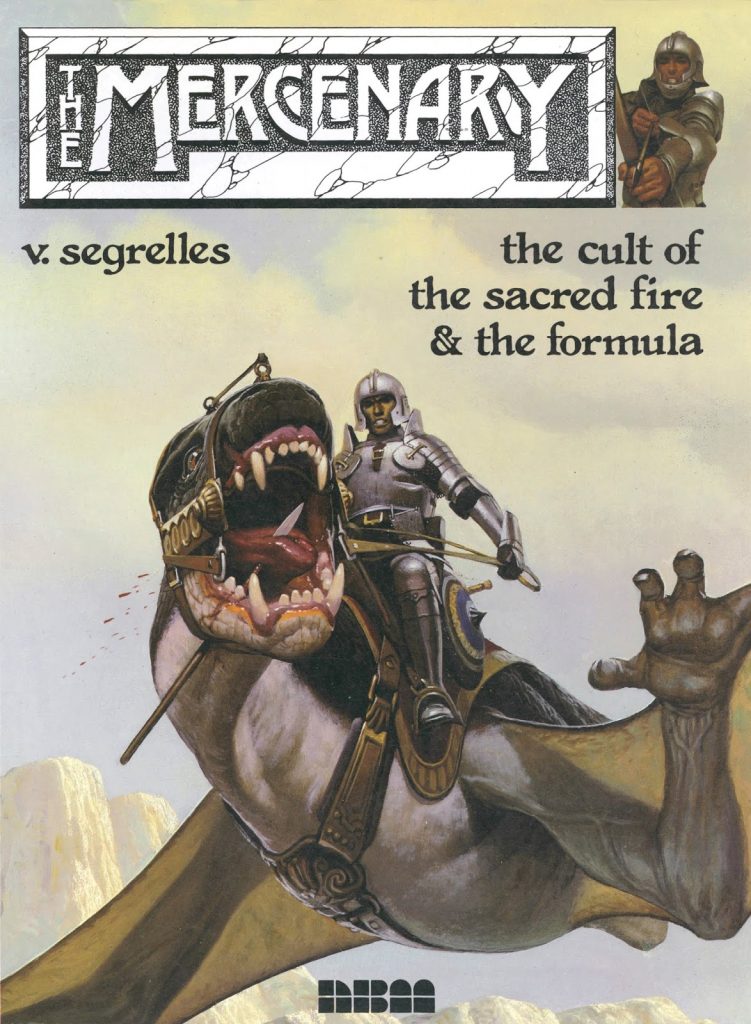 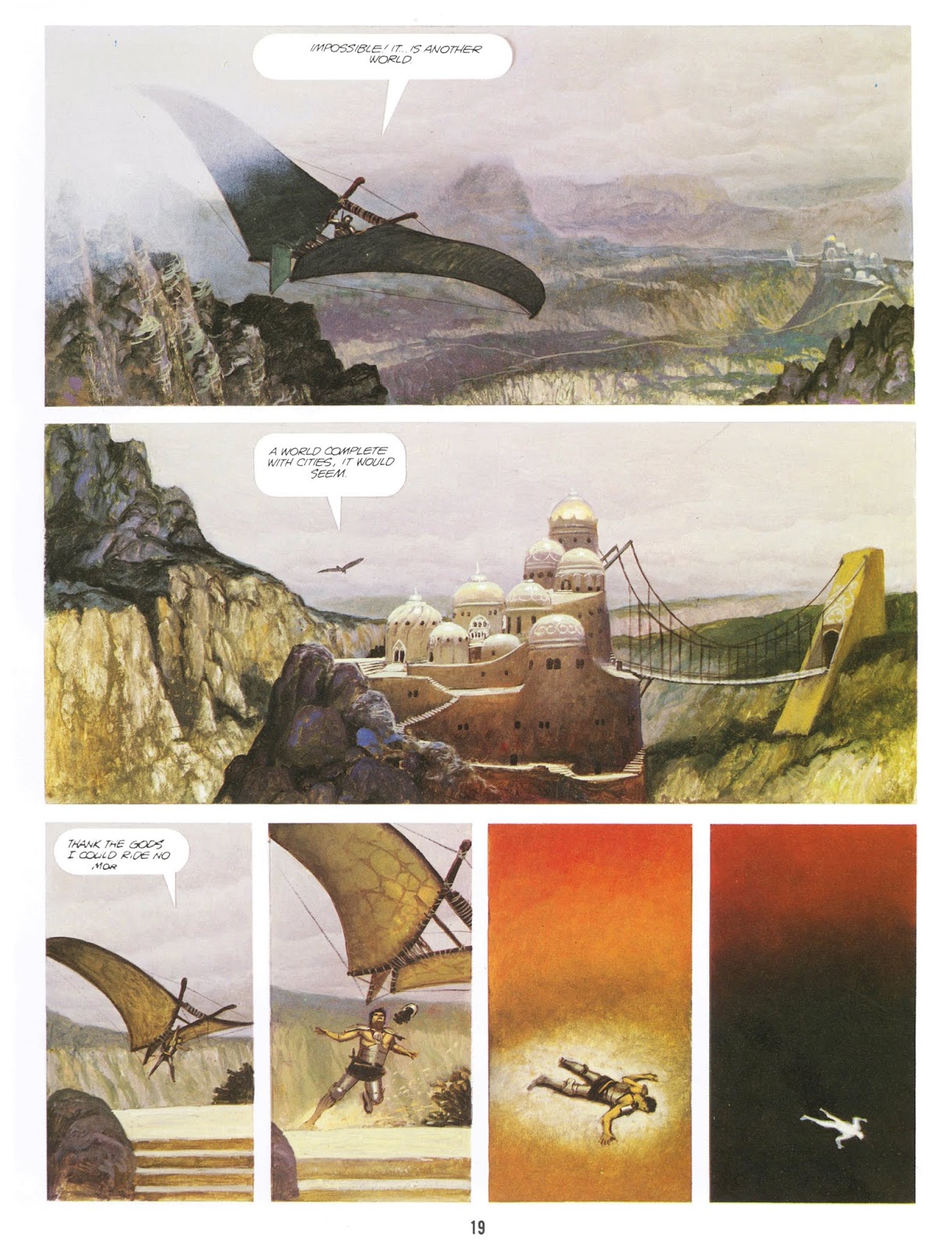 When NBM first issued English language translations of The Mercenary they packaged two adventures to a single album, offering double the value the Europeans received, as the stories were issued separately. In fact, as creator Vicente Segrelles revealed in his notes when The Cult of Sacred Fire was given a hardcover reissue in 2017, you’re actually getting three stories as the opening dozen pages are entirely separate and produced by Segrelles as a tryout.

The first two loosely joined stories concern the Mercenary braving death to rescue a woman held for ransom in each, their victim status and objectification a continuing element that dates these stories. They’re both a statement of intent, showcasing the worlds Segrelles builds from our own antiquity bonded to his imagination, and his artistic skills.

A painter by trade when he began the series, Segrelles had surely seen Arzach by Moebius before starting out, as the scenes of the Mercenary flying serenely through the skies on his dragon instantly recall those stories. Otherwise there’s a complete departure, with the muscular fantasy paintings of Frank Frazetta an equal influence. Segrelles strives for realism, and that’s where time hasn’t been very kind to him. That he actually painted every single panel is to be respected, but his figurative style now looks dated, having long been superseded by digital realism. He’s at his best with those scenes of the Mercenary flying over exotically constructed landscapes drawing on distinctive period architecture and a great imagination. Segrelles also pulls off the trick of the impressive individual images flowing together into a single cohesive story, still often a problem for artists producing painted graphic novels (or their digital equivalent). He is, though, sometimes beset by stiffness about his people when they’re meant to be moving.

Claust is introduced in ‘The Formula’, a distinctively designed character who’ll recur, an alchemist and explorer feared by others, and needing a bodyguard, although those familiar with the series will be armed with information the new reader doesn’t have. There’s a greater thought applied to the plot, with a few twists, and the establishing of the Mercenary as a man of honour whose reputation means more to him than any reward on offer. When this was reissued in 2017 it was accompanied by extensive notes by Segrelles, one comment revealing it took him roughly ten days to paint every single page.

It’s the visual imagination and artistic skill that makes The Mercenary stand out from the beginning, but the plots are generic fantasy and would improve. A second combination volume provides The Sacrifice and The Trials, before NBM reverted to continuing their series at one story per volume in paperback. 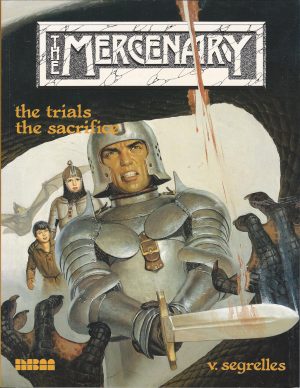 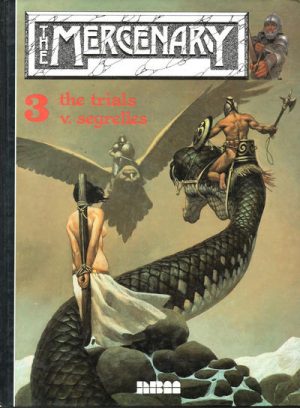 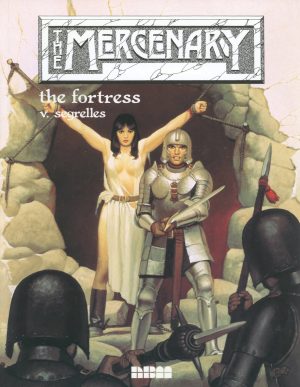 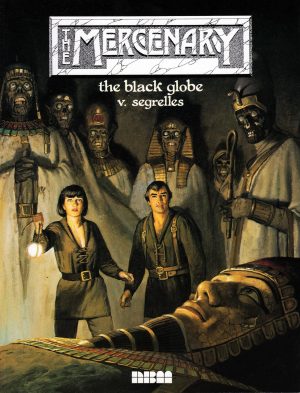