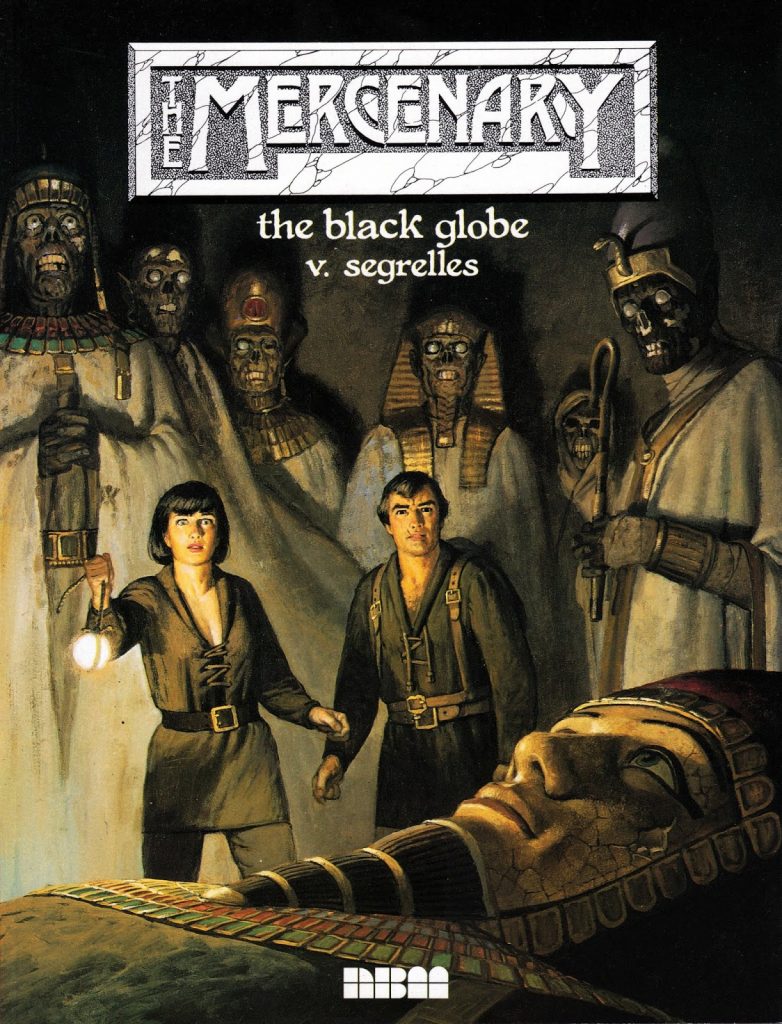 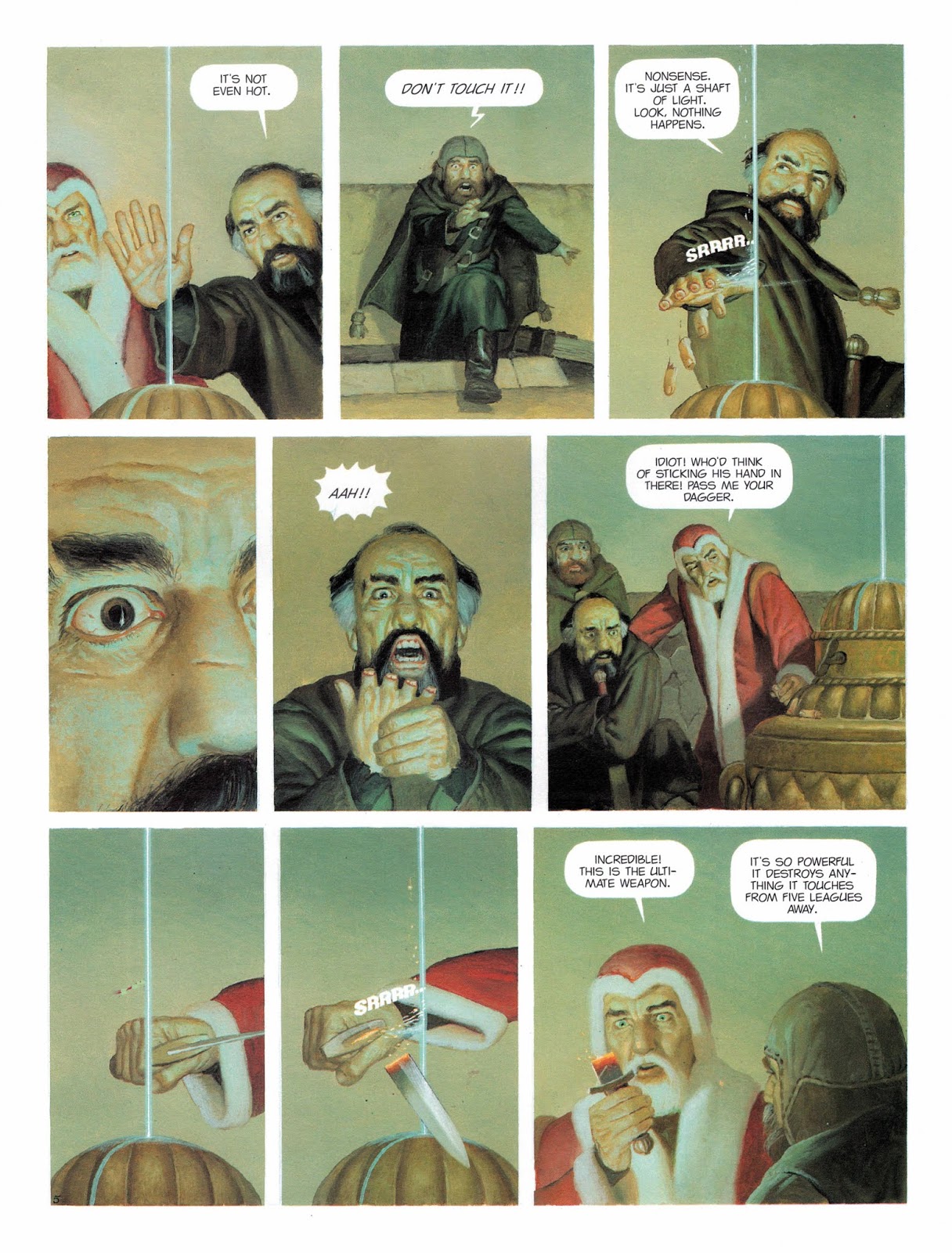 Deliberately painted to resemble Santa in his red robe over the opening pages, Vicente Segrelles has his chief villain Claust discover an ancient hidden weapon. After the setback he suffered in The Fortress, he sees it as the way of restoring his position of fear and dominance. The weapon is a form of laser beam enclosed within protective metal, but shooting a perpetual bright light skyward. As seen in the sample art, anything crossing the light is severed.

A benefit the Mercenary has living among an order of monks is their access to thousands of catalogued ancient scrolls, and it turns out they have knowledge of somewhere that might provide the solution to Claust’s powerful new weapon.

To date Segrelles has situated the Mercenary in what’s visually a fantasy world with trappings equivalent to Earth’s medieval times, but he introduces superbly painted Egyptian iconography to The Black Globe. Hieroglyphics, mummies and pyramids might be expected, but these are just common currency for Segrelles, who builds his locations on a vast scale. He creates tension when the Mercenary and Nan-Tay explore a place similar to that Claust discovered, relying on reader knowledge of the ancient Egyptians on Earth often protecting their treasures with fatal traps for the unwary. They’re duly activated, but that’s not the biggest surprise Segrelles has in store.

Something in which Segrelles takes a delight in almost every story is having some form of reverse engineered technology, based on modern weapons or war vehicles, but having an ancient sheen. In The Fortress it was a cannon, producing a 20th century level of devastation from a primitive looking device, and here it’s another piece of mechanical ingenuity.

Until the final scenes it’s not obvious what Segrelles is plotting, and it seems as if he’s sent the Mercenary and Nan-Tay on a mission that may look good, but has no great relevance. That’s not the case, and it turns out to be pivotal in saving the planet. While the devices and the painted art are complex, there’s a simplicity to the Mercenary’s stories, and this again reduces to good thwarting evil with an abrupt ending.

It’s worth noting that a series that began with a lot of gratuitous nudity in this volume dispenses with that. Pretty well all characterisation is one-note, but in The Black Globe Nan-Tay keeps her clothes on and is shown throughout as a capable warrior. The series continues with The Voyage. 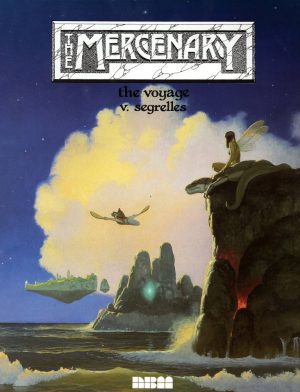 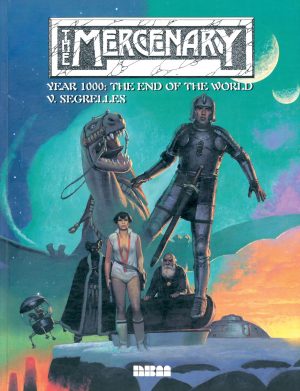 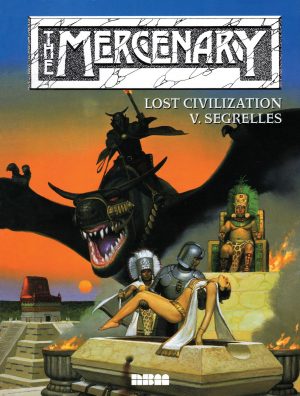