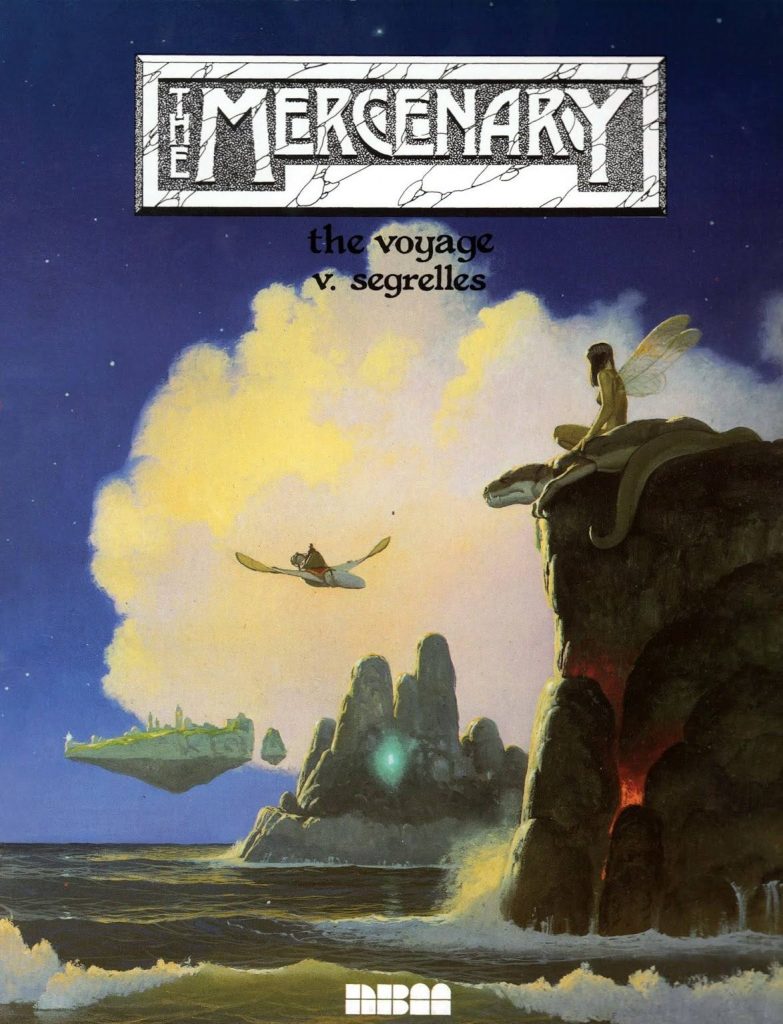 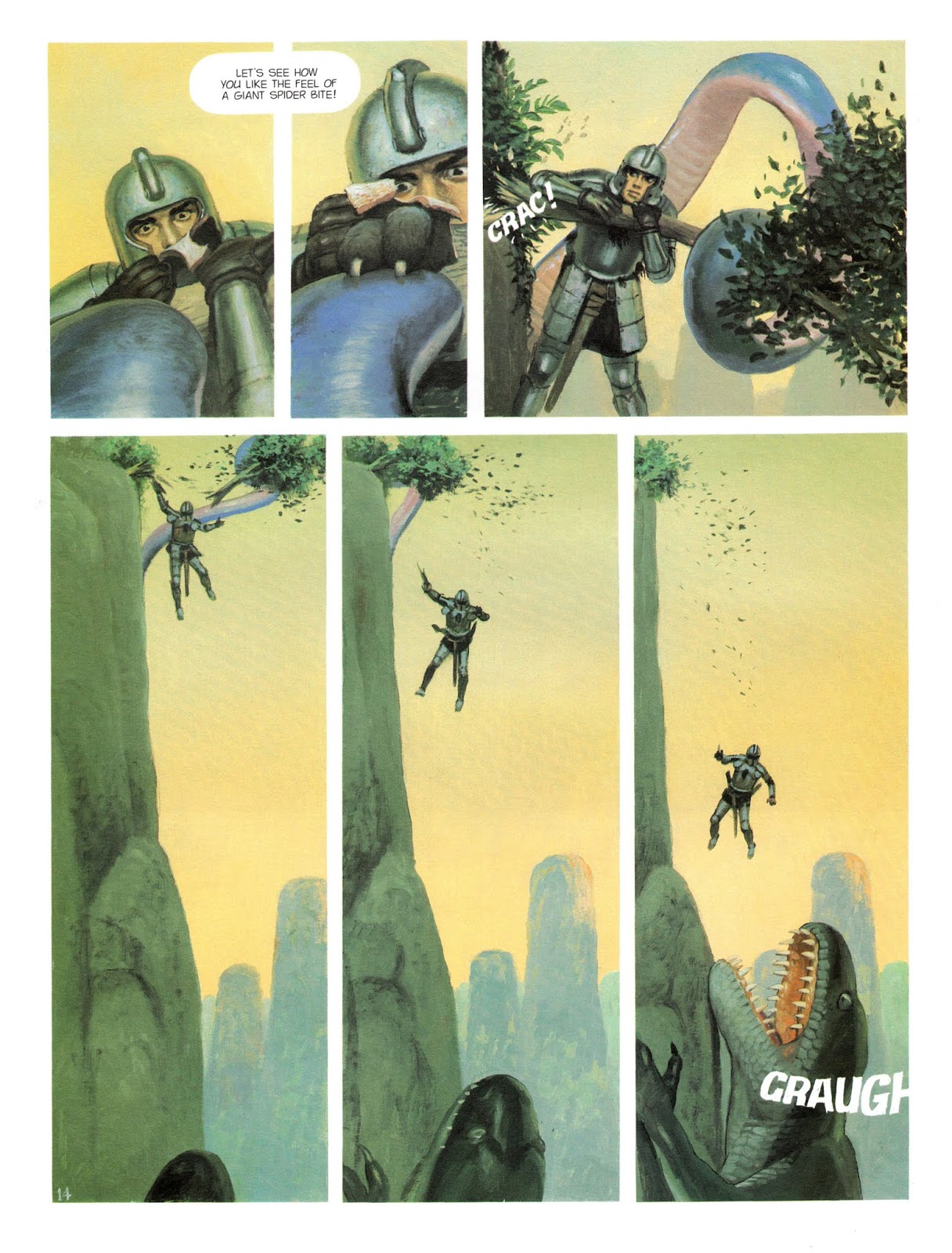 The Voyage is a throwback to earlier volumes of The Mercenary, not being the single long story, but combining two short pieces with one that’s slightly longer, a thin thread connecting them. They all preserve the calm mood achieved by Vicente Segrelles’ notable painted art, but make for a slim reading experience with some strange plot choices.

Given the Mercenary lives in fantasy world, when he lands on an island occupied by giant spiders as in the title story, surely that’s what most readers would want to see him fight. Instead, after the obligatory exploitative stopover for naked women, the Mercenary is pitted against a bunch of humanoid insect creatures in armour. It’s makeweight and disappointing with only the skilled art holding it together.

‘The Flight’ is another of those stories where Segrelles pulls one over on the readers, as the Mercenary tests some gliding wings. It requires the spoiler of noting it’s all a dream to explain the random circumstances, and isn’t that too much the cliché? What it does enable is some great panels of the Mercenary using the gliding wings hovering over the sea and swooping between buildings, that of course being the reason for the story in the first place as it’s what Segrelles wanted to draw.

At twenty pages ‘The Lighthouse’ is the longest inclusion, with the Mercenary only just reaching an island with a lighthouse before he collapses. It’s revealed that he has a mission, and from then it’s such a muddled mess of improbable events, some random, some convenient, that you’d swear Segrelles is going to pull the same trick twice and reveal it’s just another dream. He doesn’t, so we’re again left with a lot of beautiful painted art in the service of a nonsensical story, and that only takes us so far. Still, at least there was no forced appearance and unlikely escape for Claust this time. Let’s hope for better in Year 1000: The End of the World.