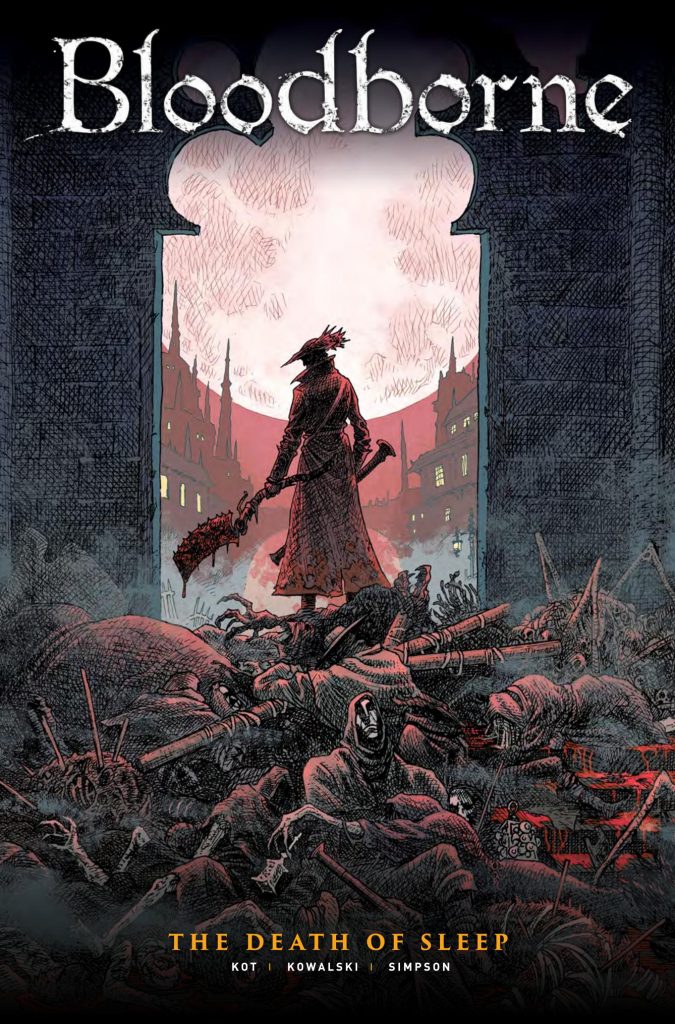 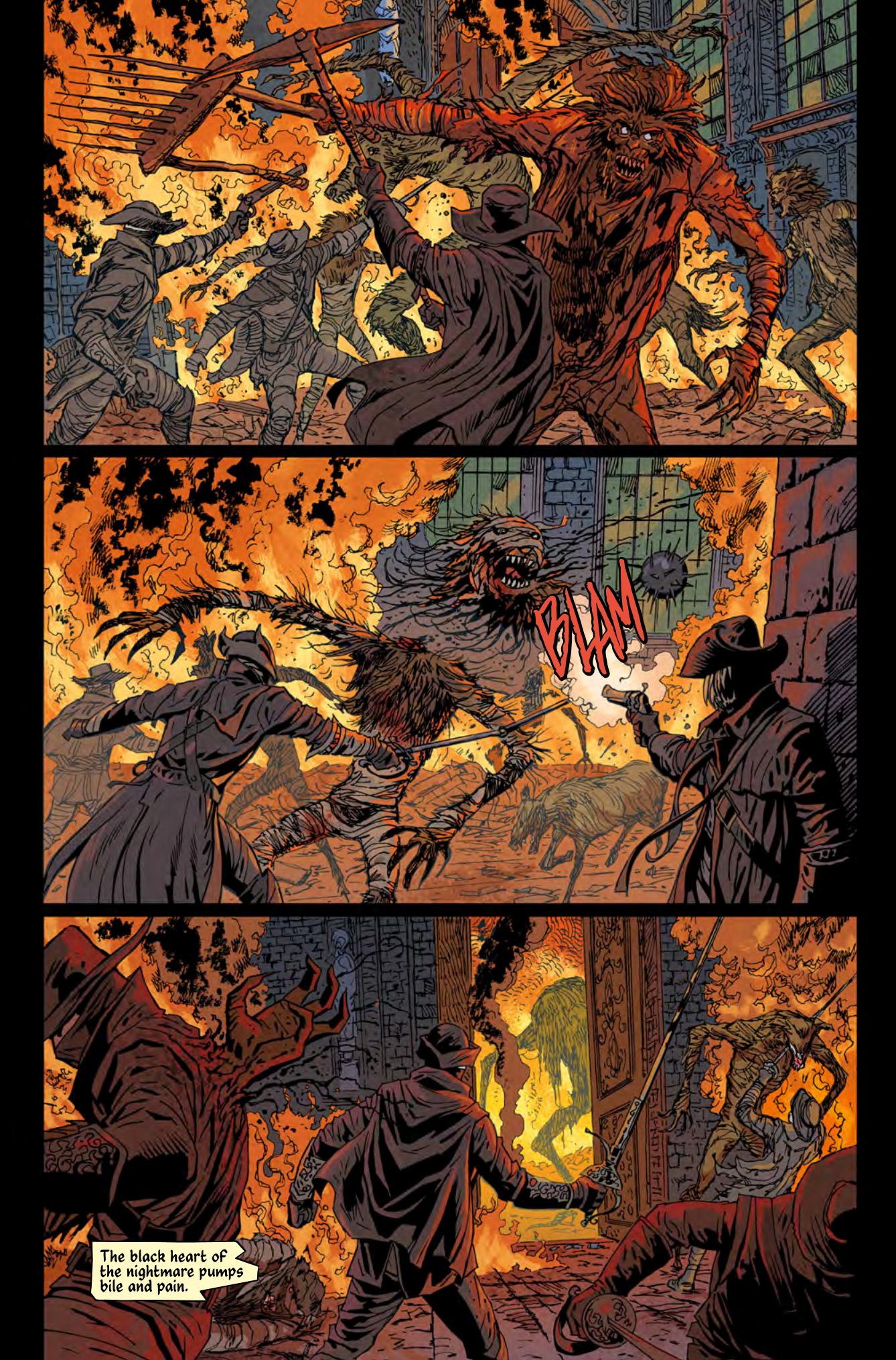 A difficulty of producing any graphic novel based on a video game is that it’s inherently dependent on a repetitive quest format if it’s to provide an authentic experience. Aleš Kot attempts to transcend this by  toying with a meta level of the protagonist, the Hunter, somehow aware that they’re repeating a series of events in locations they’ve previously visited concealing horrors they’ve previously confronted. His ambition is ultimately to transcend the hunt.

It’s an interesting approach, and while that interest may not be sustained over four chapters, it does at least provide artist Piotr Kowalski with a variety of locations, impressing with them all. His art goes a long way to selling The Death of Sleep, being a glorious rendering of an imagined gothic past where monsters dwell. There’s something of Guy Davis about the precision he employs, and how he takes his detailed linework from old engraved prints, replicating the hatching to provide stormy surroundings and etched stonework. The deliberately limited colouring of Brad Simpson and Kevin Enhart reinforces the period mood. The combination provides pages so impressive that they’re worth the price of admission alone, but anyone familiar with the game can be comforted that Kowalski also captures the monsters and purpose-designed weapons extremely well. Where he’s not as good is with action sequences, where some stiffness applies, but as these are limited so is the damage.

Having introduced the idea of self-awareness, it eventually becomes awkward for Kot, as does his attempt to be faithful by combining dialogue from the game with his own words. He captures the mood, but it leads to frequent ponderous captions as he attempts to infuse a philosophy of despair. Much could be taken as symbolic commentary on real life, about how we can be ground down by bouts of inevitable conflict, yet the human spirit can also be indomitable, which is an interesting observation about the cycle of first person mission games. However, Kot himself is trapped by not being able to stray far from Bloodborne’s premise, and the philosophy eventually becomes too dry. Still, it’s a brave attempt to do something different with the format, and looks great for the most part. The Healing Thirst follows, as Kot switches his attention to other characters.