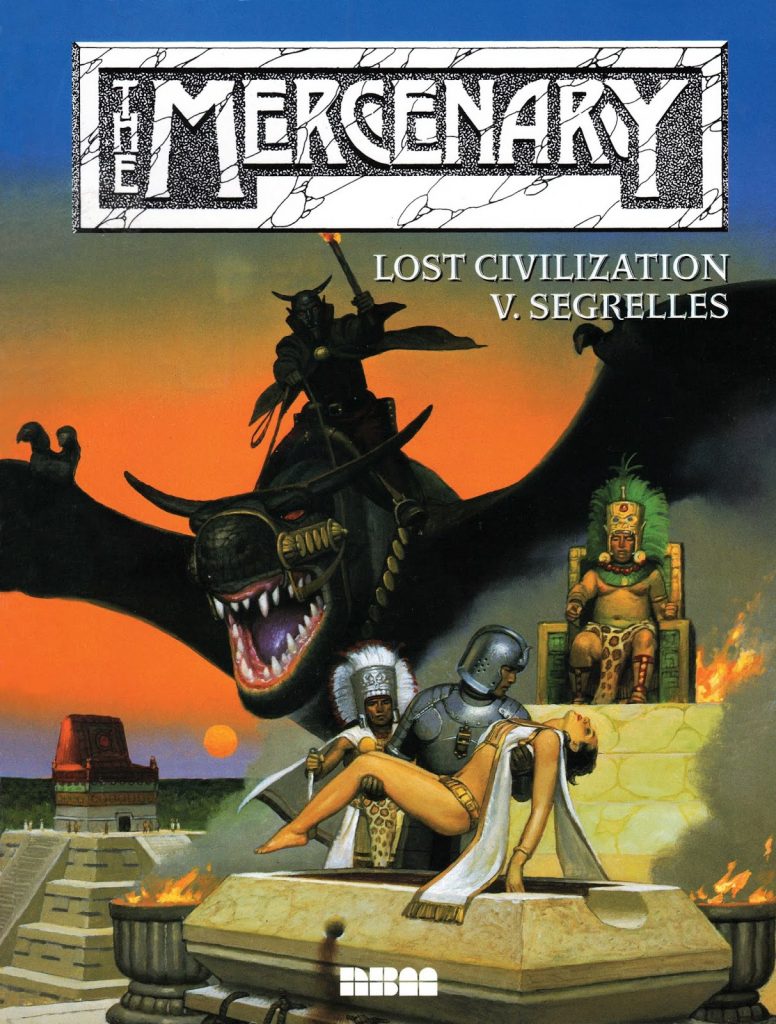 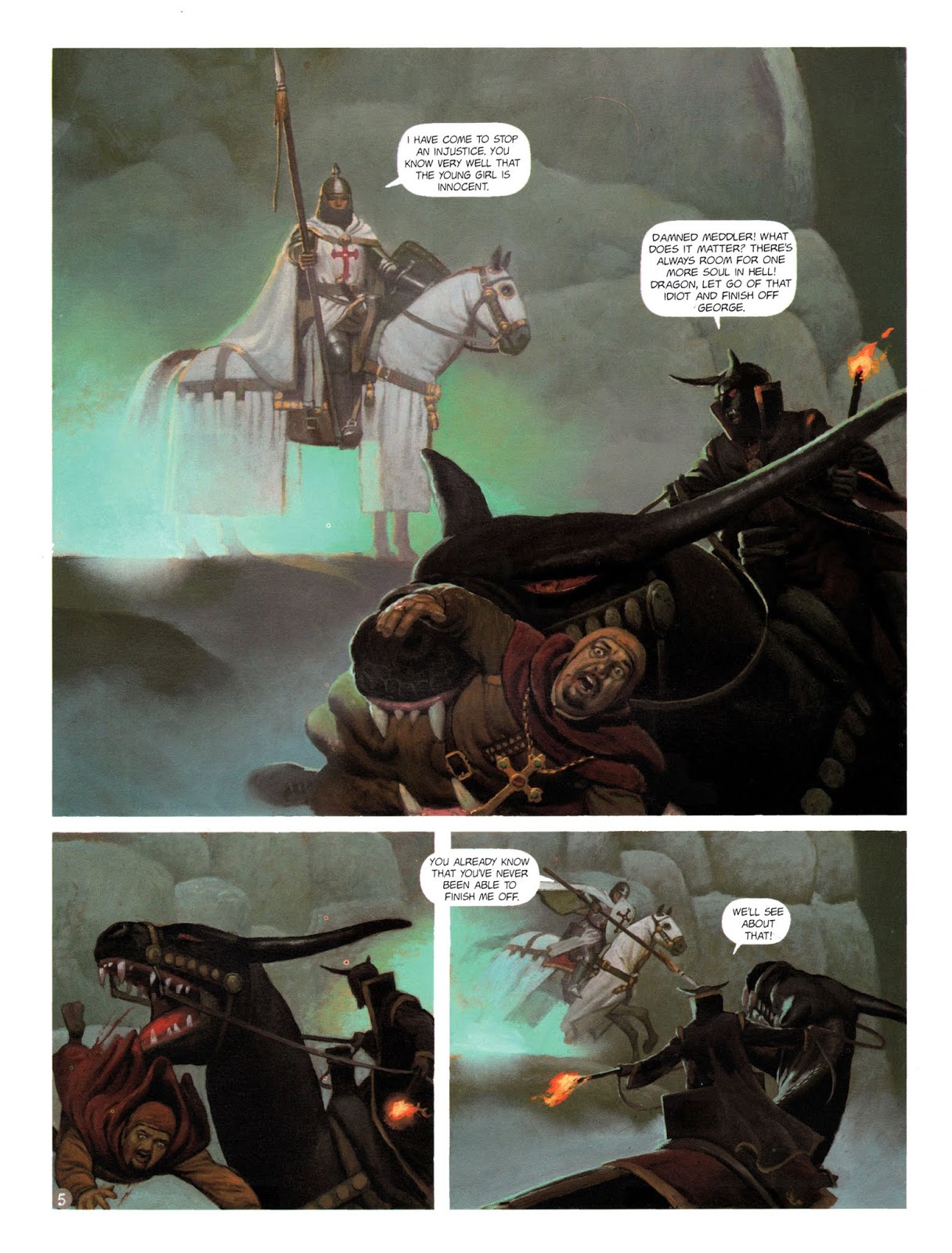 Vicente Segrelles doesn’t have much time for logical continuity in his world building. If something suits his purposes, he bolts it on. Having introduced the idea of millennial prophecy in Year 1000, he’s decided that despite what we’ve seen over all the previous volumes, the Mercenary and his exotica are somehow connected to Earth. As the sample page shows, he’s not above establishing the legend of St George and the Dragon in the year 1003.

The Mercenary and Nan-Tay are searching for Atlantis as she believes others from her world may have escaped to the legendary city. As the cover shows, the Mercenary ends up introducing himself to what we know as the ancient Mayan people, and as the cover also shows, it doesn’t go well.

If considered as a body of work, part of the reason there’s not any great logic to Segrelles’ stories is because he settles on what he wants to paint, and that provides the theme. Last time out it was retro-futuristic science fiction, and this time he produces magnificent illustrations of Mayan structures and the Yucatan jungles, with a wild swerve to present a futuristic plane in the final scenes. It’s all about the art, as the plot is hackneyed and predictable for the most part, the unpredictable elements arising from Segrelles deciding he wants to use a character from a previous volume again, so they turn up among the Mayans. Anyone who can’t get enough of the art isn’t going to care about any of that, and their money’s worth is achieved with considerable beauty.

A further batch of short stories are collected in Giants, which is the final English language translation of The Mercenary to date.