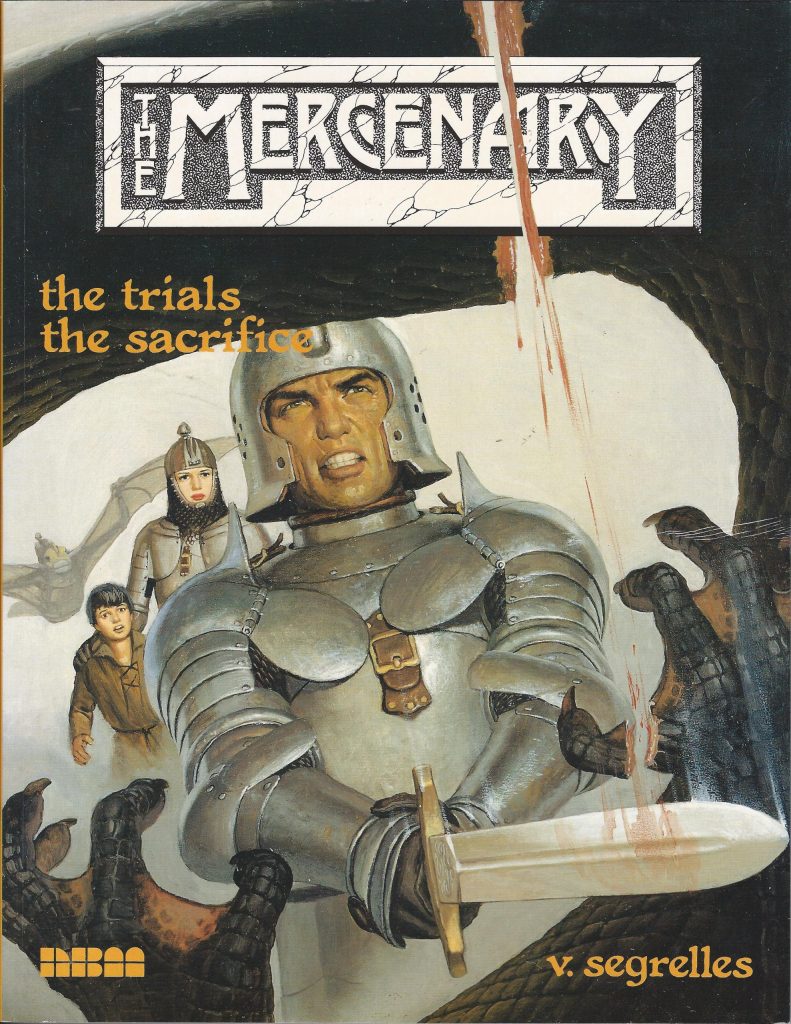 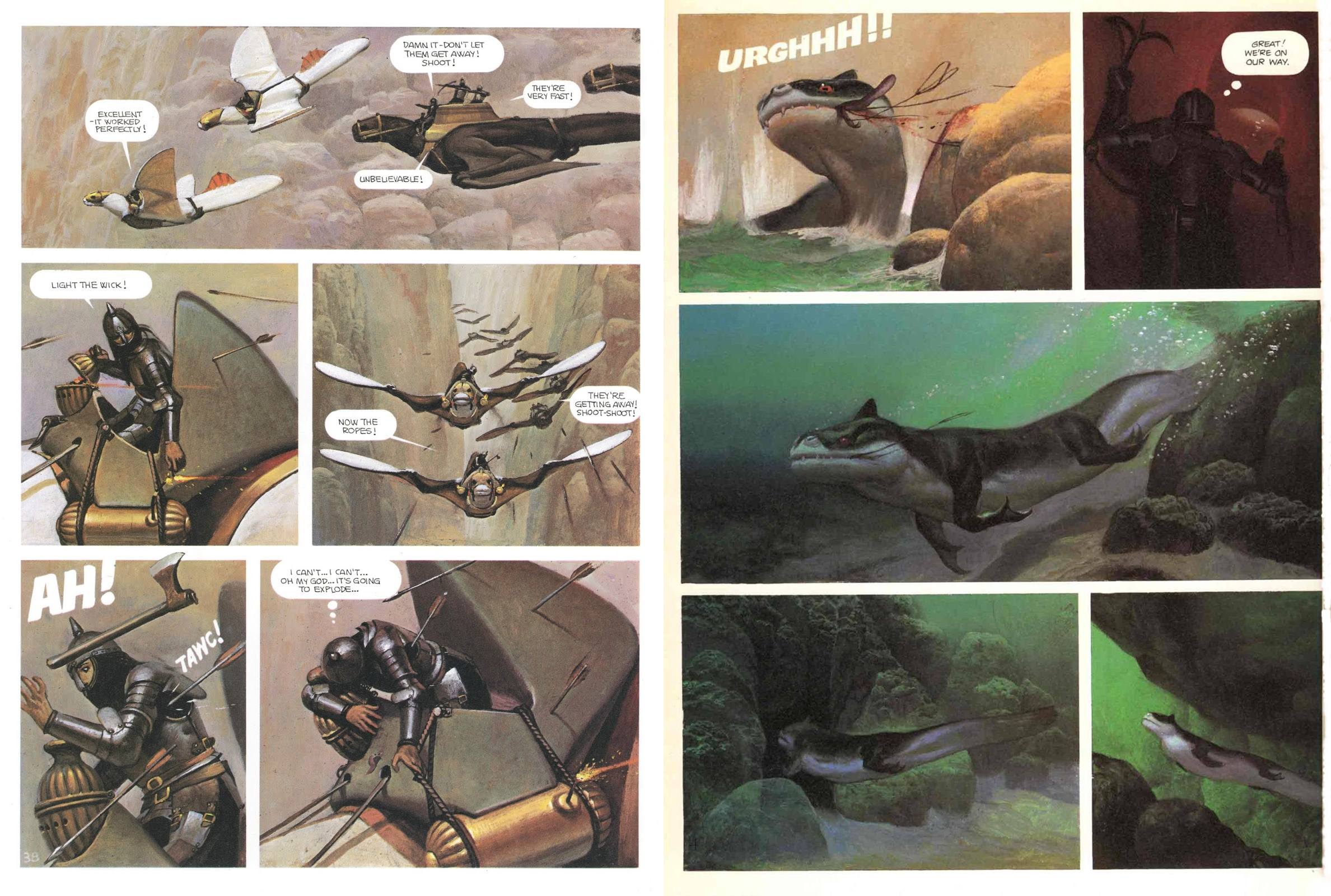 When first published in hardcover, ‘The Trials’ flew solo, but for the 1988 paperback publication there was the added bonus of ‘The Sacrifice’, then only just published in Spanish, and at sixteen pages too short to qualify for its own album.

There’s no messing about here from Vicente Segrelles, who opens with a page of the Mercenary decapitating a creature on rocks by the shore, and then jumping headlong down the gullet of the monstrous amphibious lizard the blood attracts. It’s a neat little piece, supplying some information about the Mercenary’s past, a grand adventure, an exotic location and a few laughs. It’s also uncharacteristic, firstly for not only using sound effects, but actually incorporating them into the story, and for not featuring the Mercenary flying on his dragon. Don’t worry, there’s enough fine painted art to compensate.

Segrelles leads readers expecting logic as a foundation of any story a merry old dance with ‘The Trial’. Later stories would sometimes cast logic to the wind, but here, despite all evidence to the contrary, Segrelles knows exactly what he’s doing. He’s arrived at a formula permitting him to supply shorter episodes, and also letting him draw what he wants, and he revels in it. We have an armoured giant, naked women, an aerial battle between dragon riders, a cameo for series villain Claust and those gloriously spartan landscapes.

The gist of this story is that having worked with them successfully in The Formula, the Mercenary has concluded there are benefits to joining the Monks of the Crater. Although they’re aware of his talents, they don’t accept just anyone, so they’ve devised a series of trials that will test his fighting skills, his ingenuity and his capacity for thinking on his feet. He’s warned beforehand that the tests are formidable, and he risks his life, but the Mercenary does that anyway.

Because he’s devised the material to let him paint what he wants without having to prolong any character or location beyond the Mercenary, Segrelles hits new highs with his art. The compositions are spectacular, and if there’s a little stiffness when it comes to movement, that’s a small price to pay for the imagination.

Segrelles is of his time, and longstanding fantasy tradition, in the regrettable objectification of women, and that needs to be mentioned. However, the addition of ‘The Sacrifice’ raises this to higher level than the hardcover only presenting ‘The Trials’. Continuity isn’t a big deal for Segrelles, and the next volume,  The Fortress, dropped the numbering.