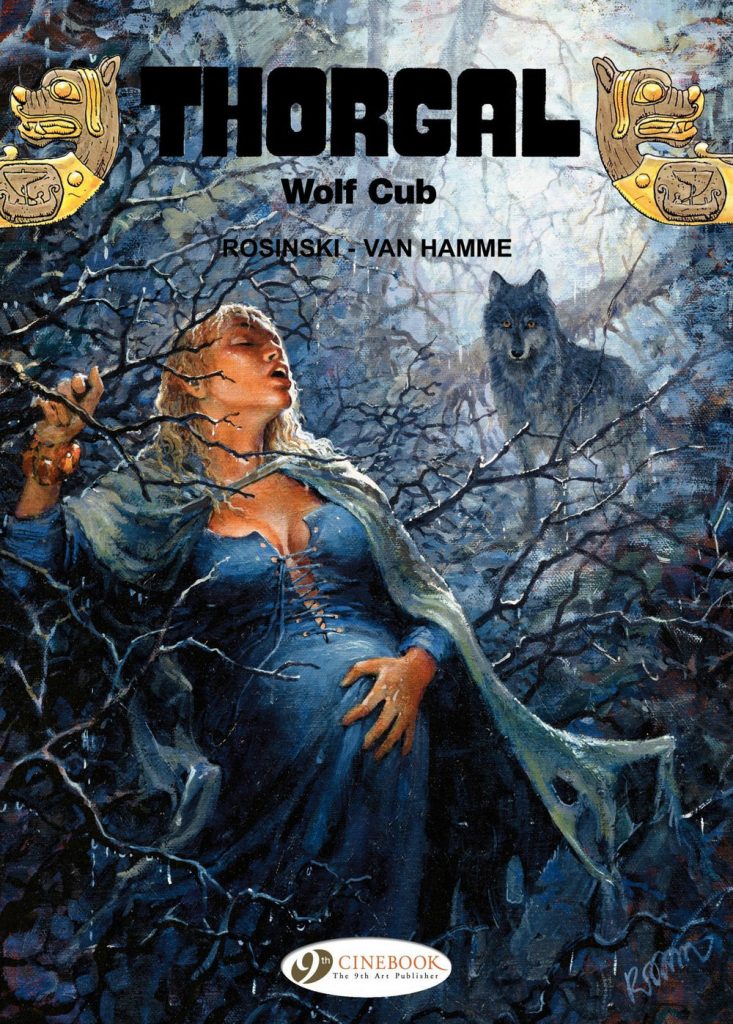 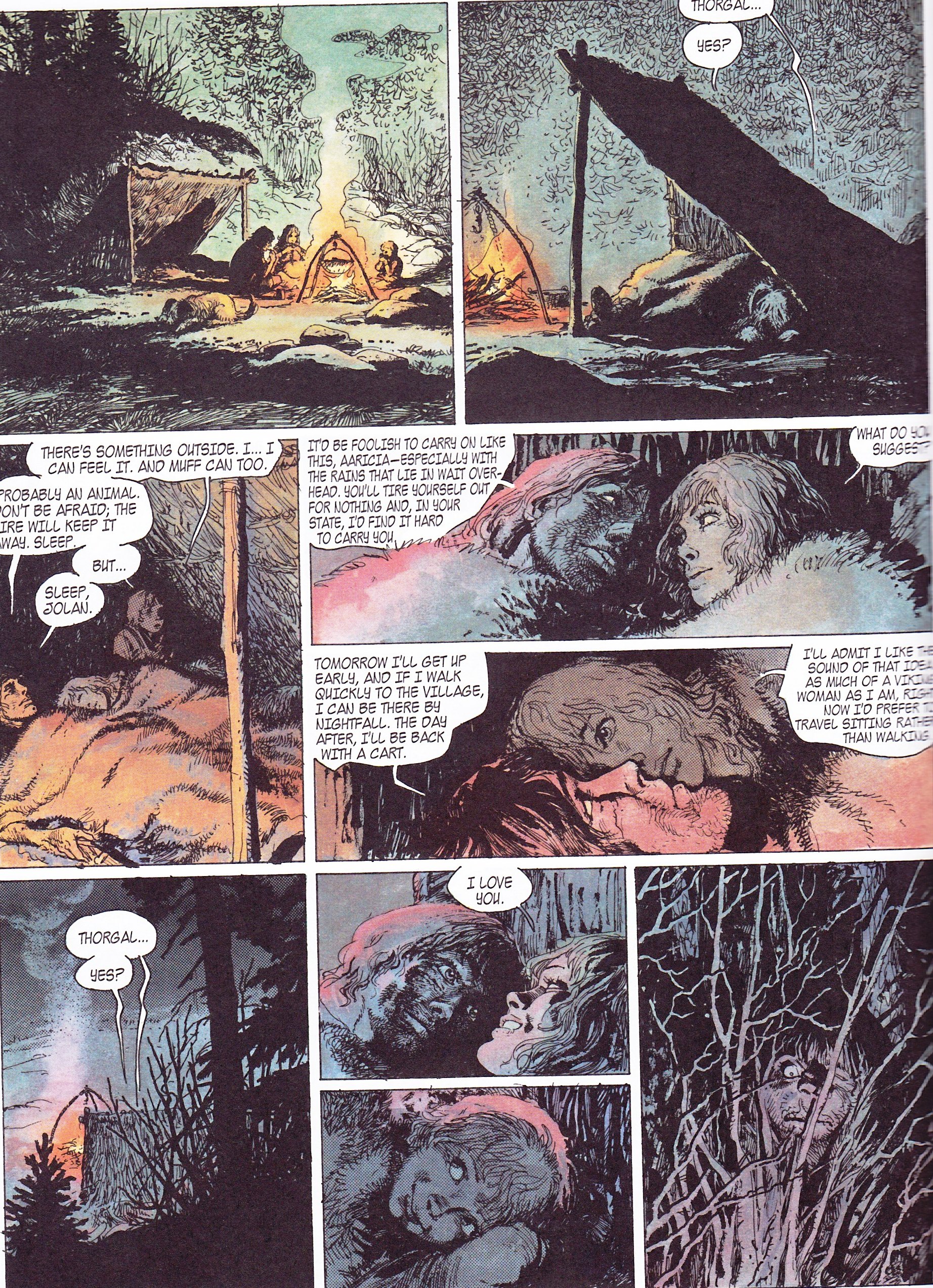 Wolf Cub (Louve in the original French) picks up about two to three months after The Master of the Mountains. Thorgal, a heavily pregnant Aaricia, and son Jolan are sailing to their homeland. When you have been away for more than a decade, things are bound to have changed. Wor-the-Magnificent and his war band have come from the southern fjords to live among the Northern Vikings. In Thorgal and Aaricia’s childhood village no less. Set on becoming High King of the Vikings, Wor is an able warrior and a charismatic leader. What Wor and his men want they take by force, and all is not as it seems. Now they have returned, Thorgal’s fame and Aaricia’s royal lineage are a threat to his plans. And all threats must be eliminated.

After the obvious science fiction influences of previous books, Wolf Cub veers back into the realms of heroic fantasy. It’s still very high quality. Jean Van Hamme’s ability to weave history and legends seamlessly into one is very impressive. The only real problem is having to recall characters introduced all the way back in Child of the Stars. They’re important to the plot, and while it isn’t necessary to know them, it does help. Grzegorz Rosiński is on fine artistic form again. At this point in his Thorgal work it’s hard to find fault. As an artist he’s also willing to experiment, something new appearing in every album. Here he plays the story out scene by scene, packing amazing detail into the frames. Each character is unique and there’s an incredible realism to the scenery. Spring rain drenches panels, and Rosiński’s expert use of light and shadow produces spectacular night time scenarios. His best skill is knowing how to crank the tension up, perfect facial expressions a plus. The action is top notch and very believable, though the violence is shocking in places. Innocents are violently murdered, women beaten and children threatened. It is well scripted by Van Hamme and Rosiński illustrates it superbly without stepping over the line. While within a believable plot, it may offend sensitive readers.

Mystical and intense, this is a harder edged Thorgal that reads more like a thriller, and among the best stories Van Hamme and Rosiński have produced on Thorgal thus far. Thorgal’s saga continues with The Guardian of the Keys.