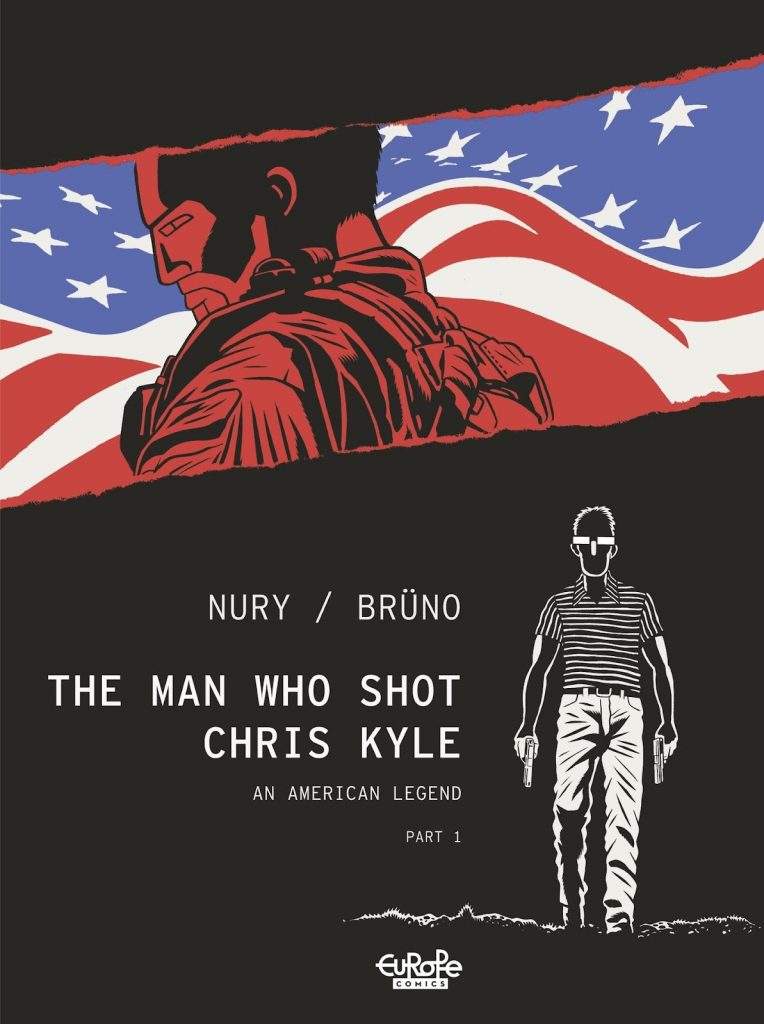 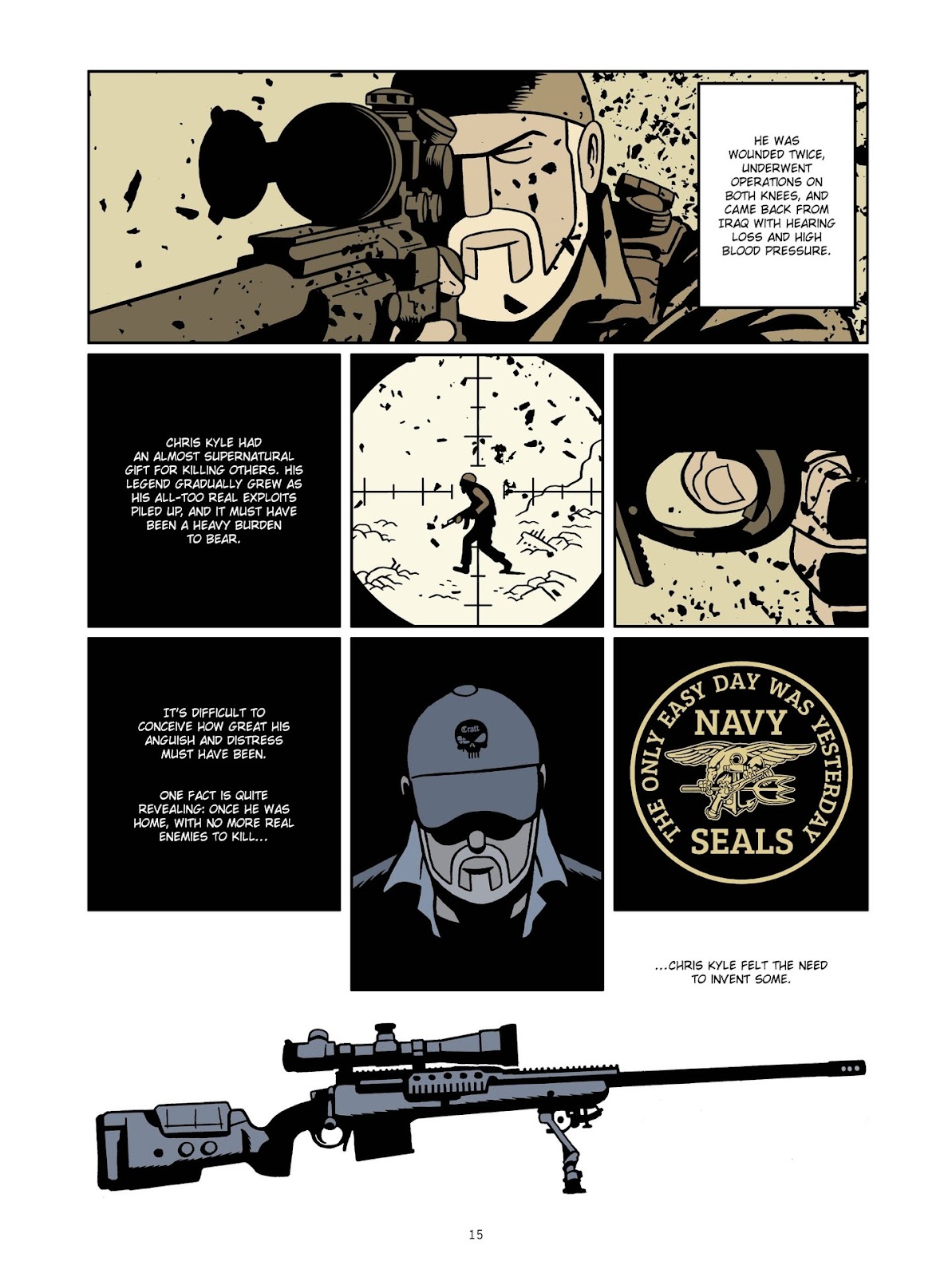 Chris Kyle’s career as a military sniper was eulogised in the 2015 film, American Sniper, based on his 2012 autobiography, and he holds the record for most recognised assassinations, racking up 160 during three years in Iraq. By the time the film was released Kyle was dead.

In black and white the death totals may seem appalling, even before knowing it’s estimated the actual kill tally is around a hundred higher. On the other hand Kyle was involved in a war, and notes his priority as saving the lives of American soldiers, which he did. The sample art reveals the personal cost and further contradictions. Six pages early on transcribe a 2012 televised interview with Bill O’Reilly, airing Kyle’s narrow view of patriotism, with artist Brüno (Thielleux) drawing him with his cap pulled down over his eyes, a visual metaphor for a blinkered view. It’s stated at the start that The Man Who Shot Chris Kyle is the personal perspective of the creators, but writer Fabien Nury also details the better sides of Kyle’s personality. He campaigned on behalf of former soldiers with Post-Traumatic Stress Disorder and invited wounded veterans to a Texas shooting range as a form of therapy and recovery.

The O’Reilly interview isn’t the only occasion where Nury quotes extensively from official records and journalistic interviews, both print and TV, which could also be considered subjective. He uses these first to provide an impression of Kyle, and then to present a picture of Eddie Ray Routh, the man who murdered Kyle and his friend Chad Littlefield. The quoting builds pictures, but results in vast blocks of text when a summary would supply more engaging comics. Otherwise the approach is very similar to Rick Geary’s analysis of Victorian murders, but Geary is more distanced. When Nury does fall back on his own narrative he’s far more readable.

It seems Brüno keeps the art very simple with repeated images, almost pictograms in some cases, but it’s always thoughtful, such as using enclosed panels to reflect emotional states, this despite a fair bit of the art taken from video footage or photographs. Brüno ensures it has a personal touch, though. A car chase at night, for instance, is delivered as almost impressionistic, with Brüno using the yellow and orange of reflected street lights to pick out shapes in black ink.

What starts as Kyle’s story becomes by the middle section, as the title promises, that of Routh, then switches to messy events begun before Kyle’s death and rumbling on afterwards, and the making of the American Sniper movie and its reception. It means the focus never stays in one place long, with Routh all-but forgotten by the movie, and only remembered when his trial is related near the end. His P.T.S.D. and associated problems are discussed at length, but without editorial comment. Until the closing section that’s absent throughout, but the weight given to certain events and interviews provides a form of editorial comment by default. For instance, Nury seems unimpressed with Kyle’s widow Taya’s exploitation of her husband’s legacy.

Kyle’s autobiography and American Sniper were greatly more successful in the USA than in the rest of the world, so many European readers may not know of Kyle or his legacy. For them The Man Who Shot Chris Kyle will be an interesting, if flawed piece of reportage.