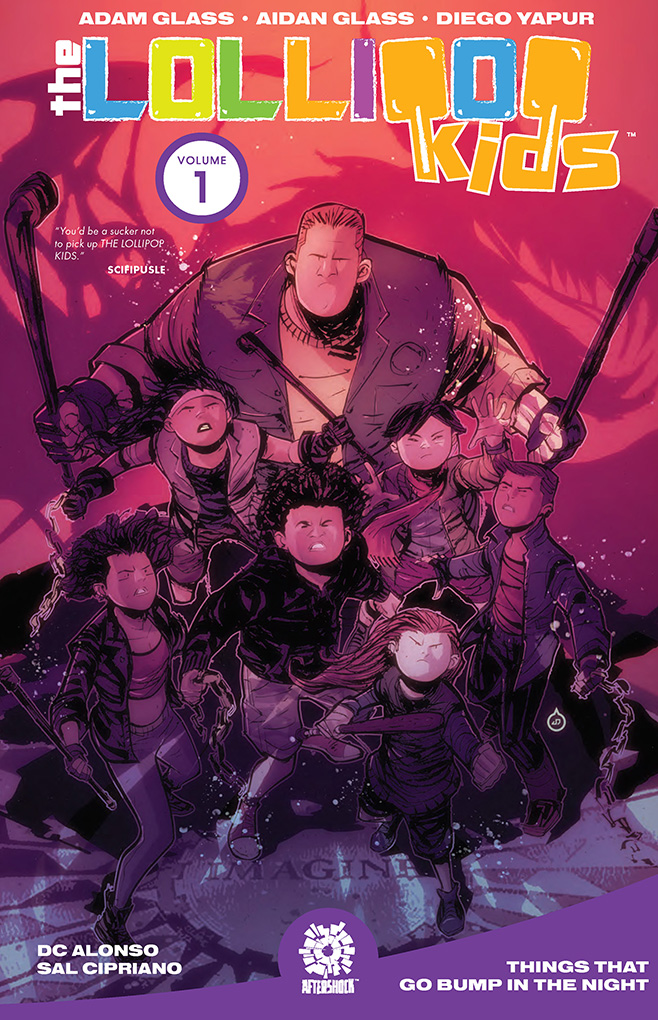 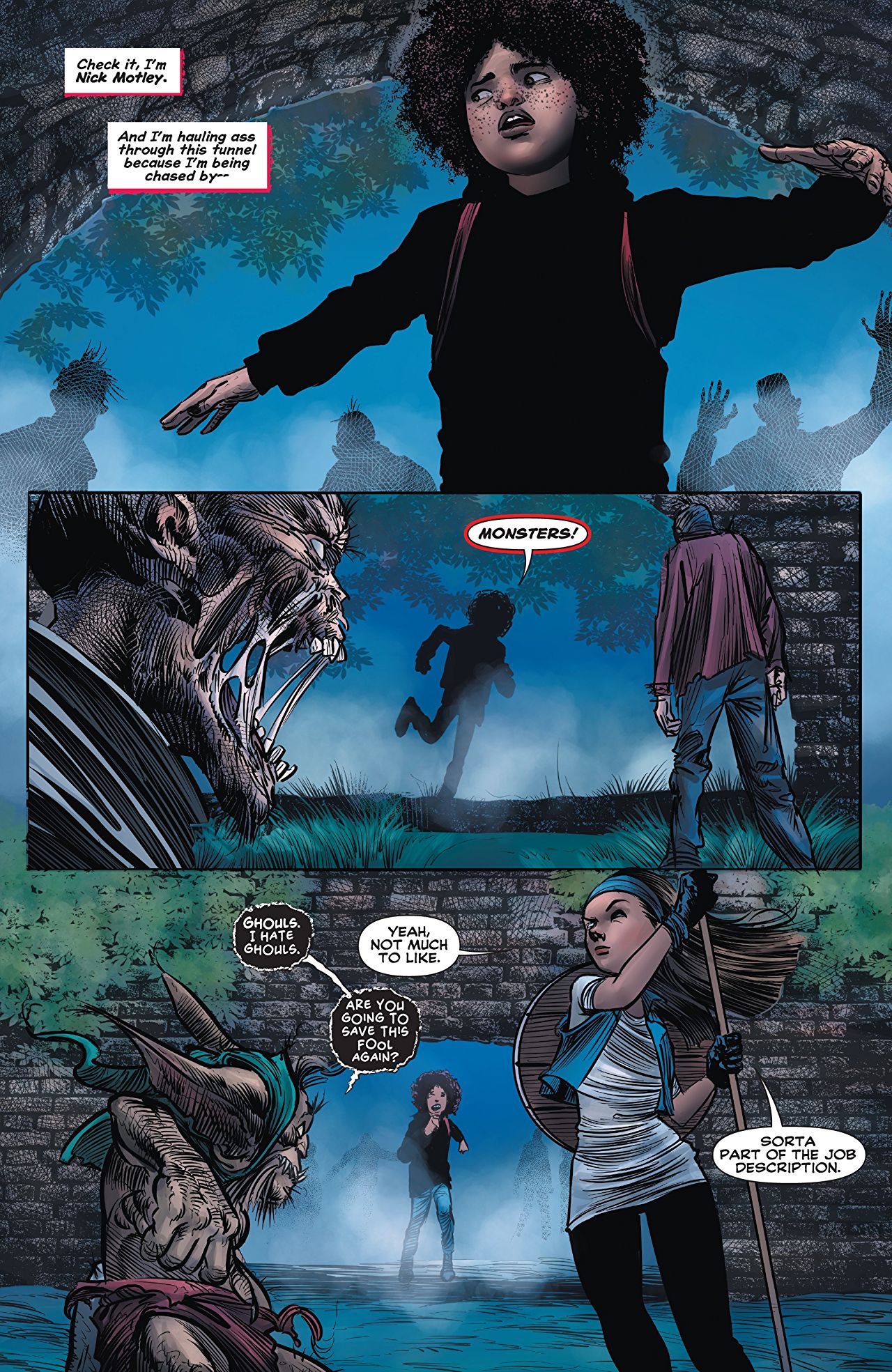 Adam Glass’ introduction to The Lollipop Kids reveals how it was a story created in nightly instalments with his son as an alternative to bedtime reading, which Aiden found difficult as he’s dyslexic. It engenders hope that the polished article will be something to love, but even if not, it’s already served its primary purpose.

Nick, the first person we meet, is also dyslexic. At fourteen his African American mother is dead, and his Irish American father’s a fireman. His eighteen year old sister is missing. It’s while looking for her in Central Park that he meets the Lollipop Kids, the latest generation of people keeping America safe from the monsters the original European settlers dumped in the New World back in the day. The Lollipop Kids all have heritage and they see things others can’t. Only kids can become Lollipop Kids, and when they become adults all memory of their past deeds fades.

It’s an intriguing set-up, with Glass senior having the greater awareness of where assorted plot elements are pulled from and ensuring they combine into something relatively new, and artist Diego Yapur ensures the required shift of gears when the scene switches from kids to monsters. His opening task in designing a child of Irish and African American heritage would stymie many comic artists, but Nick looks his part, and Yapur’s designs for the other children are equally distinctive. His influences are classic when it comes to the design for assorted monsters, although most are only used as cannon fodder.

Almost the entire story takes place in New York’s Central Park and Glass revels in educating about the wonders it houses, while Yapur’s illustrations provide the grandeur they deserve. History is key to putting an end to the unfolding troubles, as are the bonds between family, Glass senior slipping that in. A lot of background construction went into The Lollipop Kids, and if this volume is all that ever appears, it’ll be worthwhile in sparking imaginations about how that can apply to other stories. The door has been left open for more should Glass and Glass want to provide it.