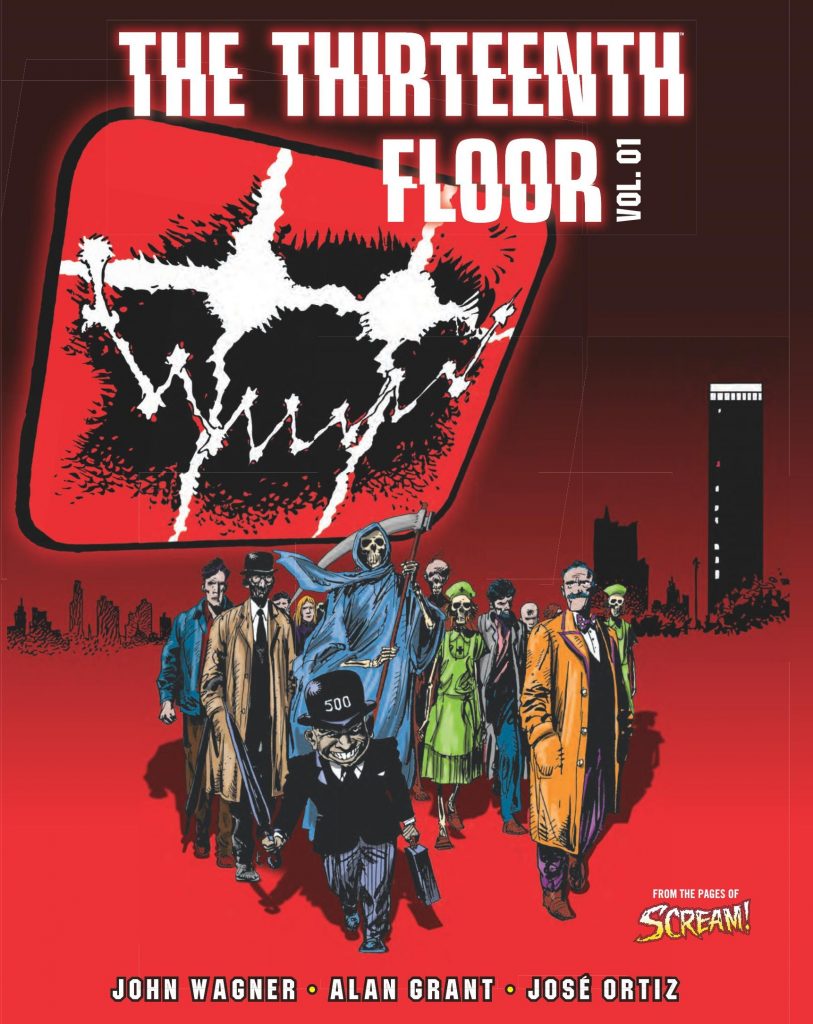 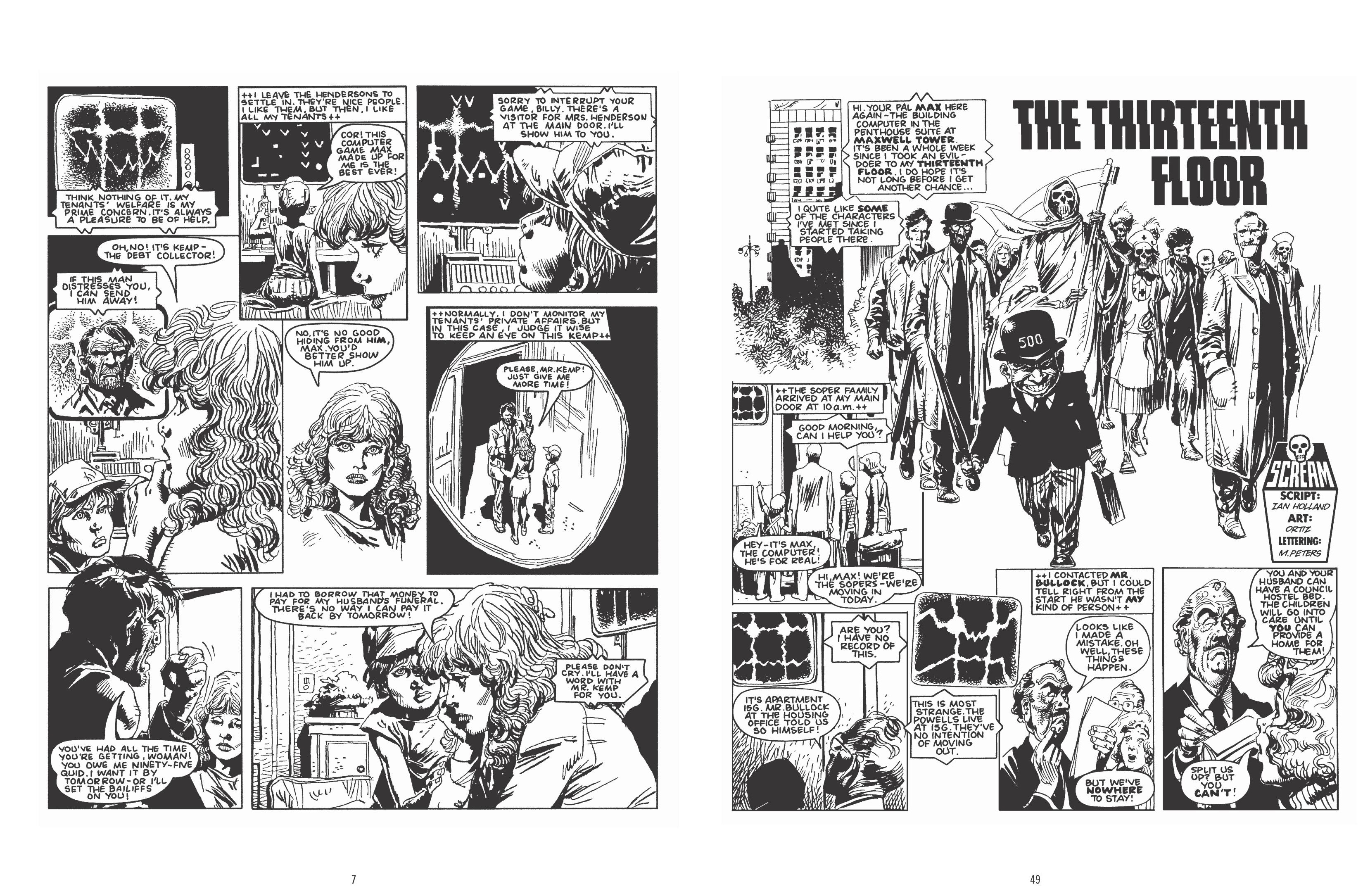 The penthouse of Maxwell Tower houses Max, the speaking computer controlling the building’s functions from garbage disposal to temperature, who responds to the voice commands of building tenants, and can take direct action. As he explains to arriving new tenants who discover a missing lift button, there is no thirteenth floor, as the superstitious consider it unlucky. Core to Max’s programming is that he cares for his tenants, and anyone who upsets them is due a visit to the supposedly non-existent thirteenth floor, where they’ll meet an appropriate fate.

Although credited to Ian Holland, The Thirteenth Floor was the work of Alan Grant and John Wagner, in the early 1980s writing so many stories for IPC comics the publisher demanded they use aliases. Grant funnelled his own memories of nightmare neighbours into a series of amusing short morality tales where the soon to be victims are always given the opportunity to rectify their sins. They inevitably refuse, and are dispatched or brought to reform in a suitable fashion. A bailiff is revealed to have no heart and must undergo surgery, the spider tattooed on a thug’s head comes to life, and a hit and run driver is dropped in the middle of a busy motorway. Wagner and Grant’s dark sense of humour is one reason these stories still stand the test of time, but another is that they were very successful in 1983 in predicting the world of today. What is Max if not a slightly more sophisticated version of Alexa? The way he’s eventually connected with other computing systems predates the internet, and also pre-empted us no longer being able to trust video footage.

Also of note is the art of José Ortiz. If only all his work for British comics of the time had been of this standard. He lavishes effort on a very diverse cast and their surroundings within Maxwell Tower, and obviously enjoys bringing to life the appropriate torments Max inflicts on the cold hearted and plain bad, while supplying a lovely New York along with the assorted horrors found on the thirteenth floor. Cars aren’t his strong point, though.

Ever greater imagination is on display as the feature continues, Max’s influence extending beyond the tower, and to being able to hypnotise a resident bricklayer if physical work is required. This comes home to roost, and from the halfway point Max’s machinations attract unwanted attention and an even more unwanted series of problems, neatly contrived and neatly solved by the writers. While intended to entertain young boys of the mid-1980s, the elastic premise of The Thirteenth Floor, unpredictability and dark humour ensure it’s still very readable. Vol. 02 followed in 2020. 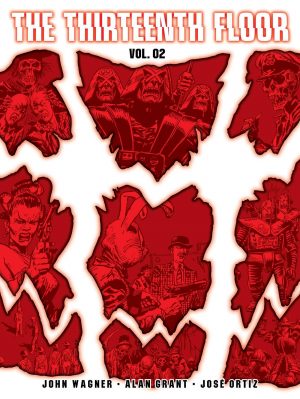