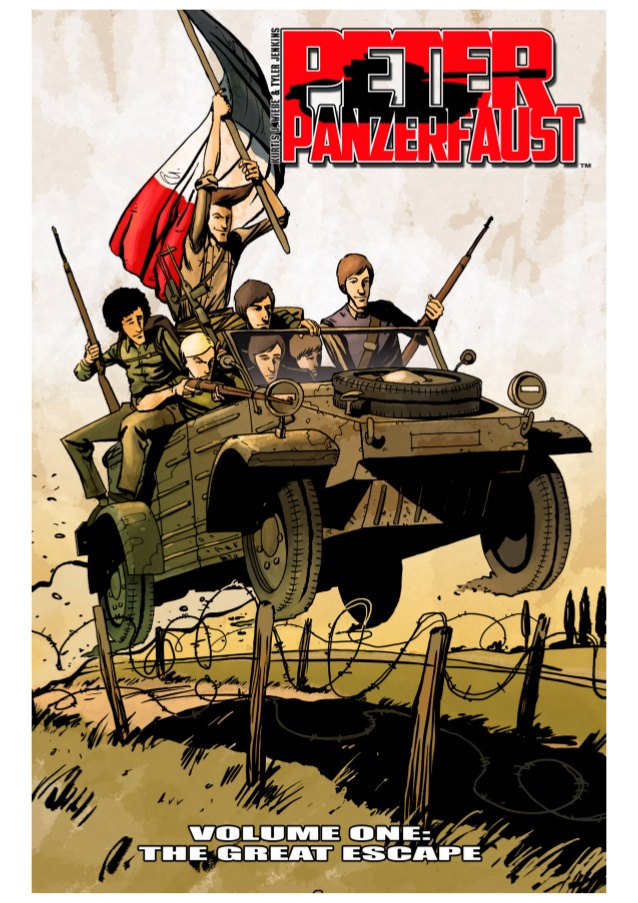 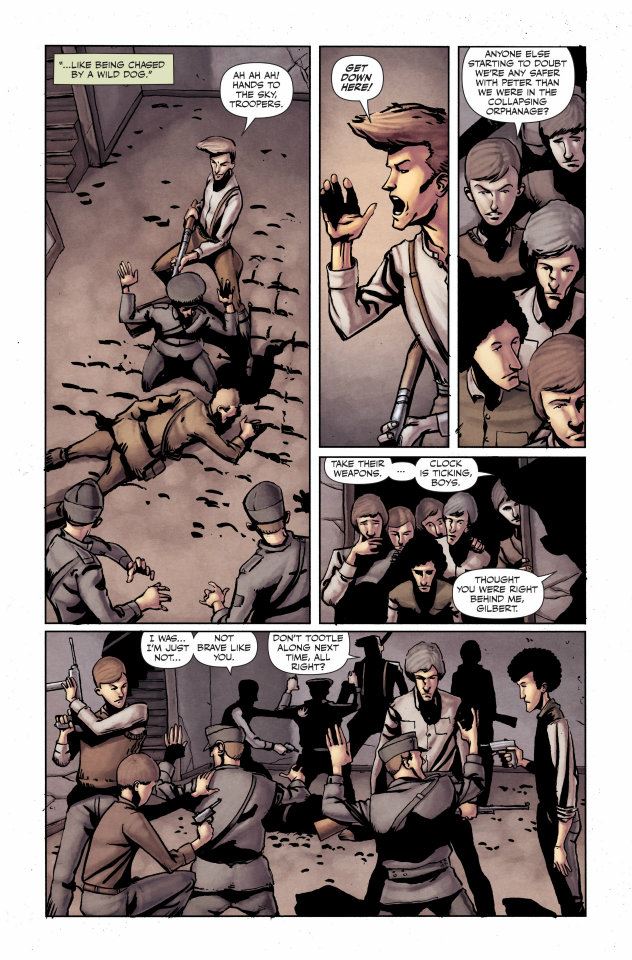 J.M. Barrie’s classic Peter Pan has been interpreted a number of times into film and literature with varying degrees of success. Kurtis J. Wiebe adds his take on the concept to a lengthy list, not only re-inventing Peter Pan for modern times, but also bringing a welcome and fresh perspective to the events of World War II.

Told from the perspective of Gilbert “Tootles” Agnew, the story opens in Calais during the Nazi invasion of France. The British forces are withdrawing under the brute force of the advancing Germans, the Luftwaffe ruthlessly bombing everything in Calais, including the orphanage that Gilbert and others called home. Materialising from the dust and chaos is the enigmatic Peter, an American boy looking for a mysterious blonde woman named Belle. Peter’s charm and daring is seemingly magical, enthralling Gilbert (narrating to investigator John Parsons), Felix, Julien, Alain, and twins Claude and Maurice. With nothing to lose they escape Calais to the countryside where they rescue Wendy, John and Michael Darling from the wreckage of their British businessman father’s plane, shot down as they tried to escape back to Britain. Now bound by the commonality of being orphans, these teens barely out of childhood form a band that follows Peter in hope of a new beginning, but the onset of World War II is about to bring devastating changes not only to them but the entire world.

Wiebe has managed to craft something that is both homage to Barrie’s literary classic and its own unique story. There are clear references to Peter Pan, like why Wendy calls France “Neverland”, nods to the Lost Boys hideout, and most obviously the introduction of Peter’s main adversary Kapitan Haken. The obvious difference between Pan and Panzerfaust is that while Barrie’s work is about children who never grow up and try to avoid it, Wiebe’s work concerns being forced to grow up so quickly that they are robbed of their childhood.

Co-creator Tyler Jenkins’ artistic style blends well with the writing, using very simple backgrounds that concentrate focus on the characters. Buildings, landscapes, and the characters themselves are detailed well in a minimalist style while the wartime setting is accentuated by hues of brown, green and khaki. As spartan as the work is, there are some utterly captivating sequences of duelling blades, flying leaps through the air, heroic actions, and a tremendously moving scene where an elderly Gilbert remembers fallen comrades.

Peter Panzerfaust doesn’t present all the conflict realities of war (see Charley’s War for that), yet Wiebe and Jenkins do wholeheartedly capture the beauty and the agony of the human spirit. The subject matter is reverent and sincere, the creators trying to place themselves into the boots of wartime teenagers in occupied territories, interwoven with strong elements of family, finding, belonging, and tragedy.

The Great Escape is also seeped in the adventure and heroism of classic boys’ stories, and a poignant and sincere reminder of the true cost of war. This arguably makes Peter Panzerfaust an ideal method for helping teenagers in particular look at history with fresh eyes, ensuring that coming generations never forget.

The adventure continues in Hooked, also collected with The Great Escape in the Peter Panzerfaust Deluxe Edition Volume 1.