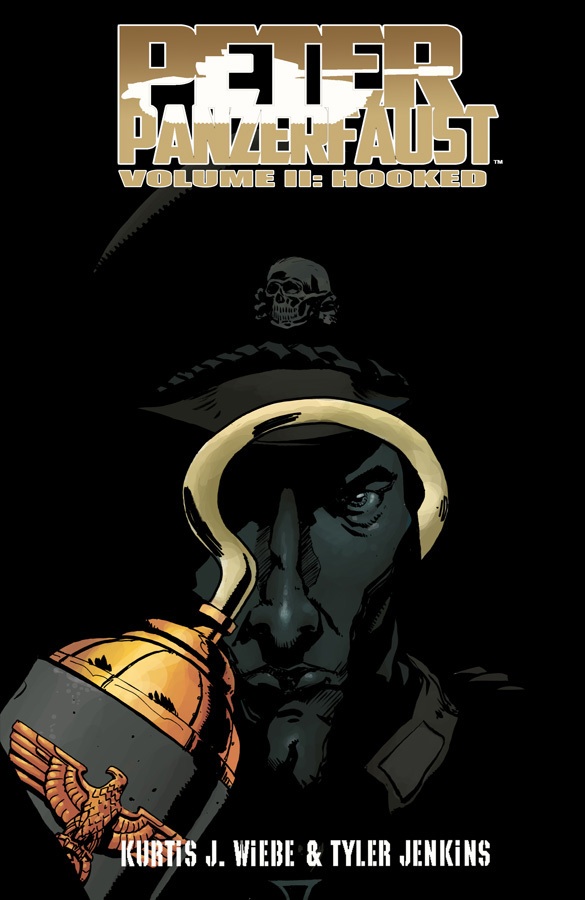 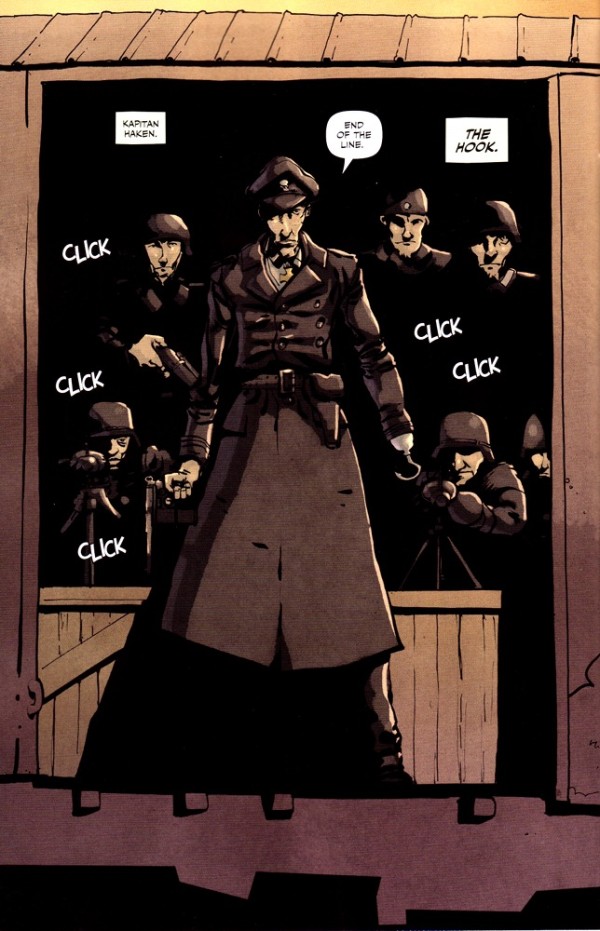 This second volume updating the myth of Peter Pan and allies during World War II supllies a greater human element than the opening The Great Escape, introducing new characters and looking at the changes people had to make as the war intensified. Wendy develops more as a character, less the surrogate mother of Barrie’s Peter Pan and more a beautiful resistance fighter who wants to protect this family that has replaced her own. Along the way the group meet “Tiger” Lily, the beautiful and bold daughter of Sacha, leader of resistance group The Braves and a Native Canadian Sioux who stayed in France after World War I, fondly referred to as “Big Chief”.

Peter and his ragtag bunch of orphans are determined to avenge the death of their comrade and free Felix, now a POW. Enter Julien “Curly” Gingras (narrating his perspective) who proves he has a flair for tactics and espionage, laying out a plan that will free their friend and bloody the noses of the German front in Paris. But Kapitan Haken has returned, both fascinated with this group of boys who outwitted him and driven to avenge the loss of his hand, the game becoming even deadlier and the stakes higher.

A good stride forward for the war genre is that writer Kurtis J. Wiebe has (mostly) dispensed with the usual American and British narratives (Peter is American and saviour/leader) to look at the occupation of Paris from the French perspective. There are quotes from Charles de Gaulle’s London radio speech to the French people and the beginning of the French Resistance, Wiebe’s script focusing on the personal decisions people would have to make faced with the reality of enemy occupation. Hooked is far more hopeful than The Great Escape, pointedly proposing that camaraderie and hope grows best in the darkest times, and that there is and always will be a place for idealistic and romantic notions. While Wiebe’s side-story of the Darling’s dog Nana does come close to over-egging the pudding, the overall narrative works.

Tyler Jenkins’ artistic style is very character-centric, using the simple backgrounds to create atmosphere. At times it is light and romantic, the colours bright. In other places it is grey, the rain lashing down to accentuate the despair. In line with Barrie’s fantasy, Jenkins keeps the faces angular and almost other-worldly, preventing the strip becoming over-run by realism and too bleak. Jenkins employs some innovative frame placements to tell the story. Where scenes fill a single page his work is exceptional, helped by colourist Heather Breckel’s efforts, but unfortunately the story sequencing becomes difficult to follow when the art crosses double-pages. Additionally, Jenkins’ action storytelling doesn’t always work when Wiebe’s dialog is absent.

To say this is fun would give the wrong impression. It follows the traditions of boy’s adventure stories, although improving on their portrayal of girls, with these strong female characters as interesting and likeable. Unlike Wiebe’s other creation Rat Queens, this is very suited to teens and providing a deeper insight into history, and the original comics proved so popular they required a rapid second printing. Lovers of Peter Pan may enjoy all the references, and should enjoy the sensitive and enlightening take on wartime childhood.

In Cry of the Wolf it’s Felix’s turn to tell his side of events following his liberation.