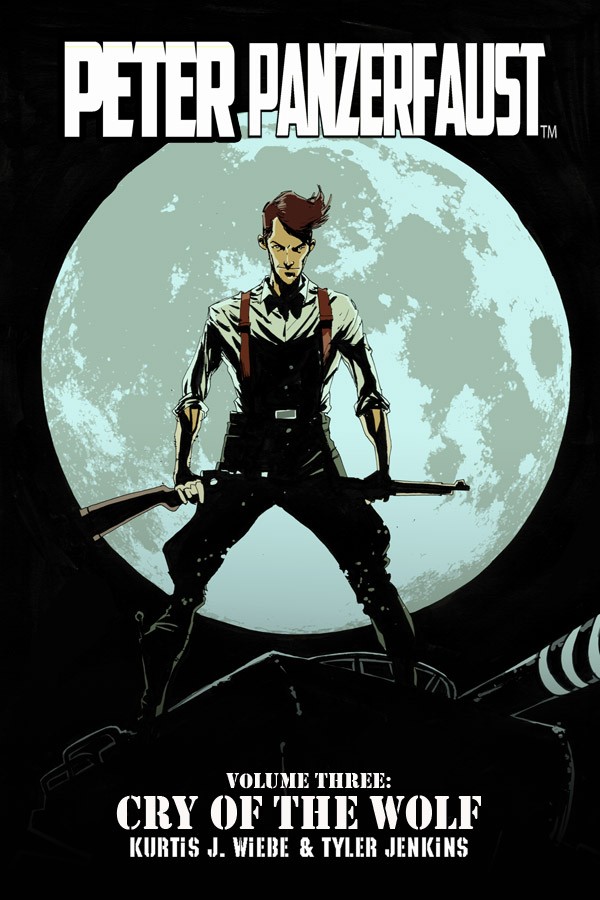 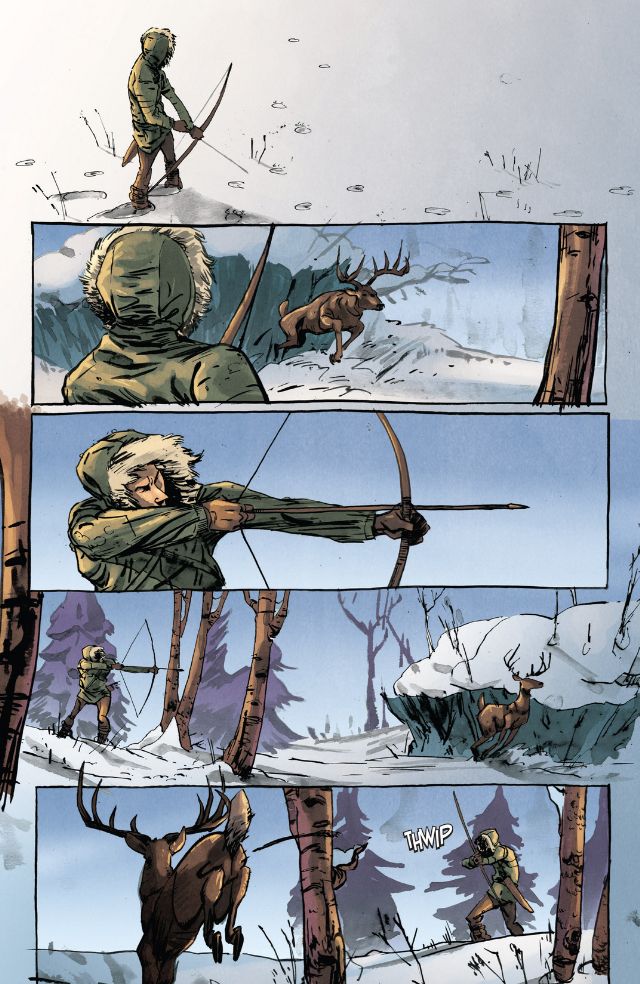 Investigator John Parsons meets a curmudgeonly Felix Belanger, rescued in Hooked and now caretaker of a church. The born soldier of the group in this interpretation of Peter Pan set during World War II, Felix relates his role in events once the boys move into the Sticks (French mountain country) to train further and conduct raids on the German army. The administrator of the French Resistance, Guy Monnier, has come to inspect Big Chief’s efforts, but SS officer Kapitan Haken (the Hook) has recruited a group of men the Braves simply refer to as the Hunters, setting them on Peter’s trail. They are cold, cunning and ruthless, and always appear to be one step ahead. Felix is suspicious, suspecting a traitor in their midst, but is he just allowing personal bitterness to cloud his judgement? As the war is fought all over the world, here in the wintry wastes it has become much more personal. This battle will see the boys become men at great personal cost, for everyone.

Hooked (despite its title) was hopeful with themes of love and heroism. Cry of the Wolf, by contrast, looks much more closely at the effects of war and loss on the individual through the eyes of Felix. While Peter Panzerfaust is based on Peter Pan, Kurtis J. Weibe and artist Tyler Jenkins have kept the central figure of Peter enigmatic, always viewing him from a different perspective. Narrating from the points of Tootles, Curly and now Felix grounds the story with very human elements and has proven to be a good decision. Of all the boys Felix has been the most distant and angry, the first into the fray and the one less likely to show mercy. We find out why he believes he is “cursed to survive” the people he loves, witnessing horrors and betrayals he has no wish to. In The Great Escape, Felix knew it took exactly five days to get from Calais to Paris on foot. In one of the most touching and heart-rending flashbacks of the series we learn how Felix knows that and why he always fights so hard.

Jenkins uses a grittier art style here to reflect the harshness of winter, the drive to survive, Felix’s skill as a hunter and soldier, and most importantly the anger and pain in his heart. The storytelling over double page spreads has improved, with excellent frame spacing to build tension, Jenkins hitting his stride although some work does get lost in the central gutter. Between them Wiebe and Jenkins develop all the characters further, but Felix is the lynch-pin. Young Felix wants to hurt his enemies and make them pay, this focus robbing him of happiness. Older Felix is gruff and bitter, but above all he is looking for a way to bring much needed peace to his soul. Cry of the Wolf has the deepest sense of regret, conveying the emotions that survivors of conflict must carry alone, and illustrating the harshness of life. This is the most tense, atmospheric, and saddest of the series, but also the best of the Wiebe/Jenkins partnership.

Lily honours her Sioux heritage in The Hunt.