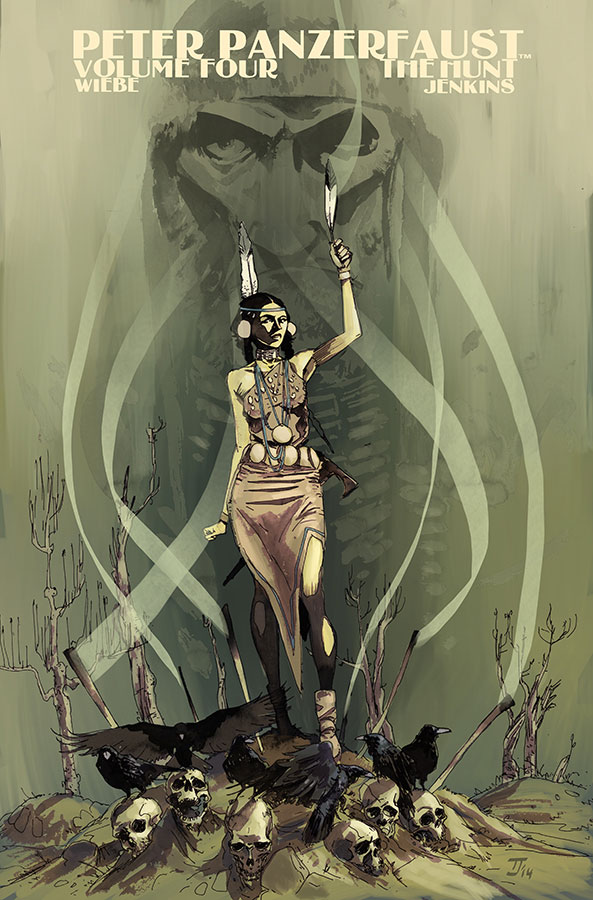 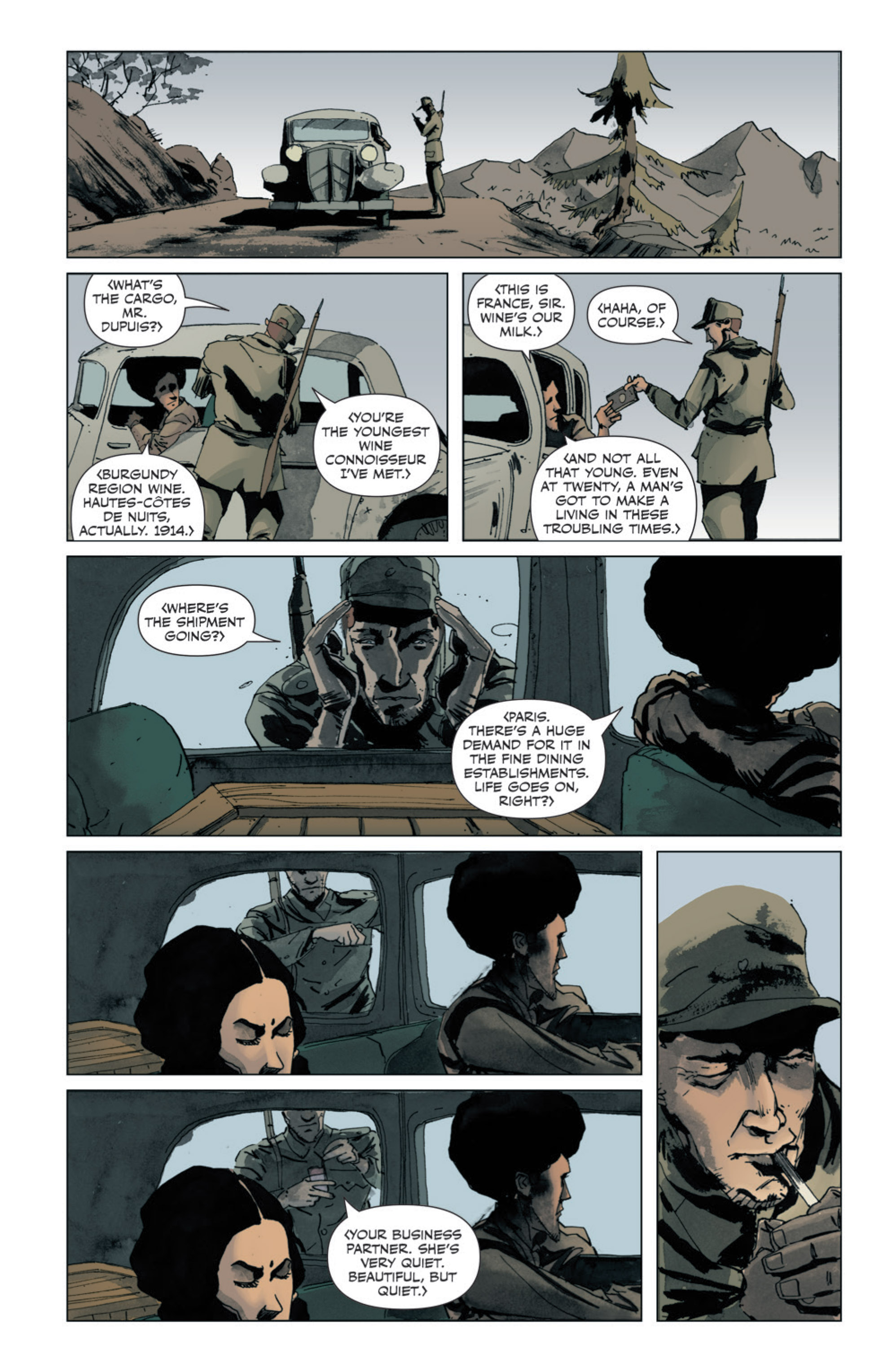 Following events in Cry of the Wolf, Lily follows her Canadian Sioux traditions by staging a final hunt in to honour the death of a cast member. It’s not stag or bears she hunts, but the orchestrators of that demise, Hook’s Hunters, known to the French Resistance as “De Blud Piraten”. The tale, narrated through Lily’s journals sent to John Parsons, tells of her growing need to find vengeance as Julien (Curly) desperately tries to protect his wife, from both the Hunters and Lily herself. Peter meanwhile has to look deep inside himself to discover who he really he is and why he so desperately needs to rescue the Lost Boys, a question he is constantly challenged with. Will Peter become like Haken to defeat him, or has he already become like his nemesis? As the Nazis battle to maintain control of France, boys become men and followers become leaders, but will the ultimate price be each one’s humanity?

Kurtis J. Wiebe and Tyler Jenkins maintain their good form on this mix of high adventure and tragic war story, using the cast of Peter Pan. Peter Panzerfaust has improved in every way since its inception, from Wiebe’s writing to Jenkins’ wistful art. Not that it was ever bad to begin with, yet Wiebe has really put a finger on the pulse of everything that makes up Homo Sapiens, looking at the way the soul of the species is affected in war and suffering. The Hunt in particular is a closer look at how bitterness and tragedy experienced during war can dehumanise people to the point of rationalising and justifying every action, questionable or not. Lily believes revenge will bring peace. Jenkins gives her a striking physical beauty that Wiebe starkly juxtaposes against the terrifying ruthlessness she shows in pursuing her enemies. Her inner struggle is revealed through in her diary excerpts, counterbalanced by the apparent belief Peter and Julien share: their enemies are not naturally evil but at the heart good men manipulated by damaged leaders.

While the simplicity of that pretext threatens to derail Wiebe’s focus on the complexities of human emotion once or twice, he still nails the emotional core that drives this series. Jenkins avoids going overboard with the gore that would normally accompany a story like this, instead keeping the atmosphere tense with scenes of bullet-riddled buildings, wintery forests, and shootouts in public spaces. The Hunt is more violent than previous outings, perhaps because of the very personal and aggressive interactions taking place. The violence isn’t over-the-top, but that Lily is a hunter, taking pride in killing her target with one shot adds a particularly brutal dimension to the book. Sensitive readers should take care.

According to a statement by Wiebe on the Peter Panzerfaust Facebook page, he and Jenkins took a hiatus from the series due to financial reasons, but are committed to completing the story. The final issues are due for release mid-2016 while an as yet unnamed fifth volume is projected for release later in the year. Whether it will be collected with Cry of the Wolf and The Hunt in a hard-cover Deluxe Edition Volume 2 remains to be seen. Nevertheless, this has proved to be a phenomenally good series from the beginning, selling out often and sparking a renewed interest in the events surrounding World War II particularly among teens. With the quality of content produced by the creators so far, fans might be in for a cracking finale. We truly hope so.