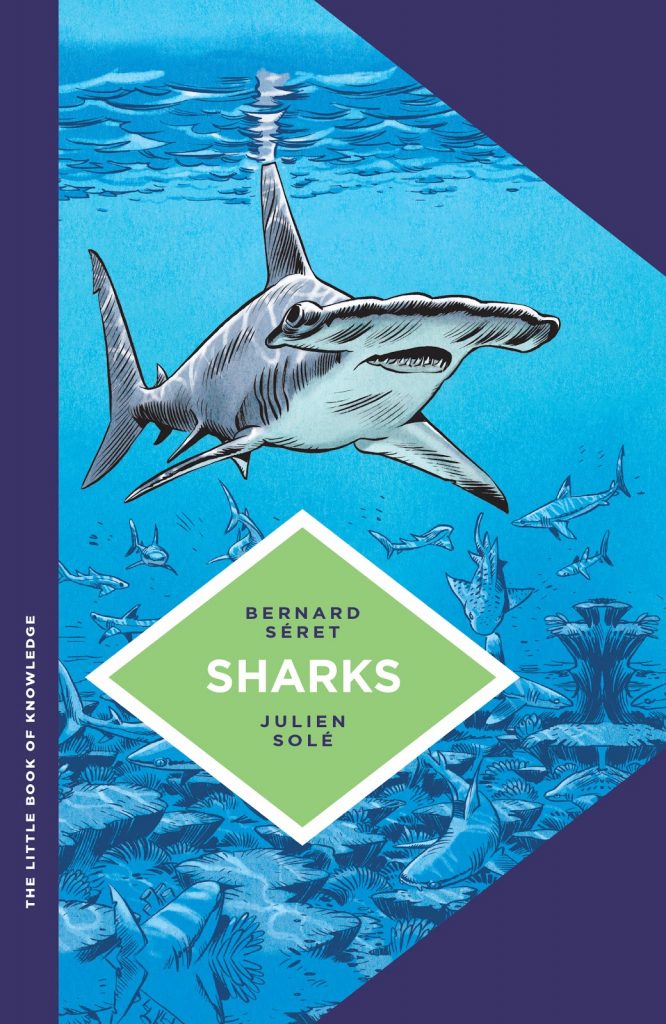 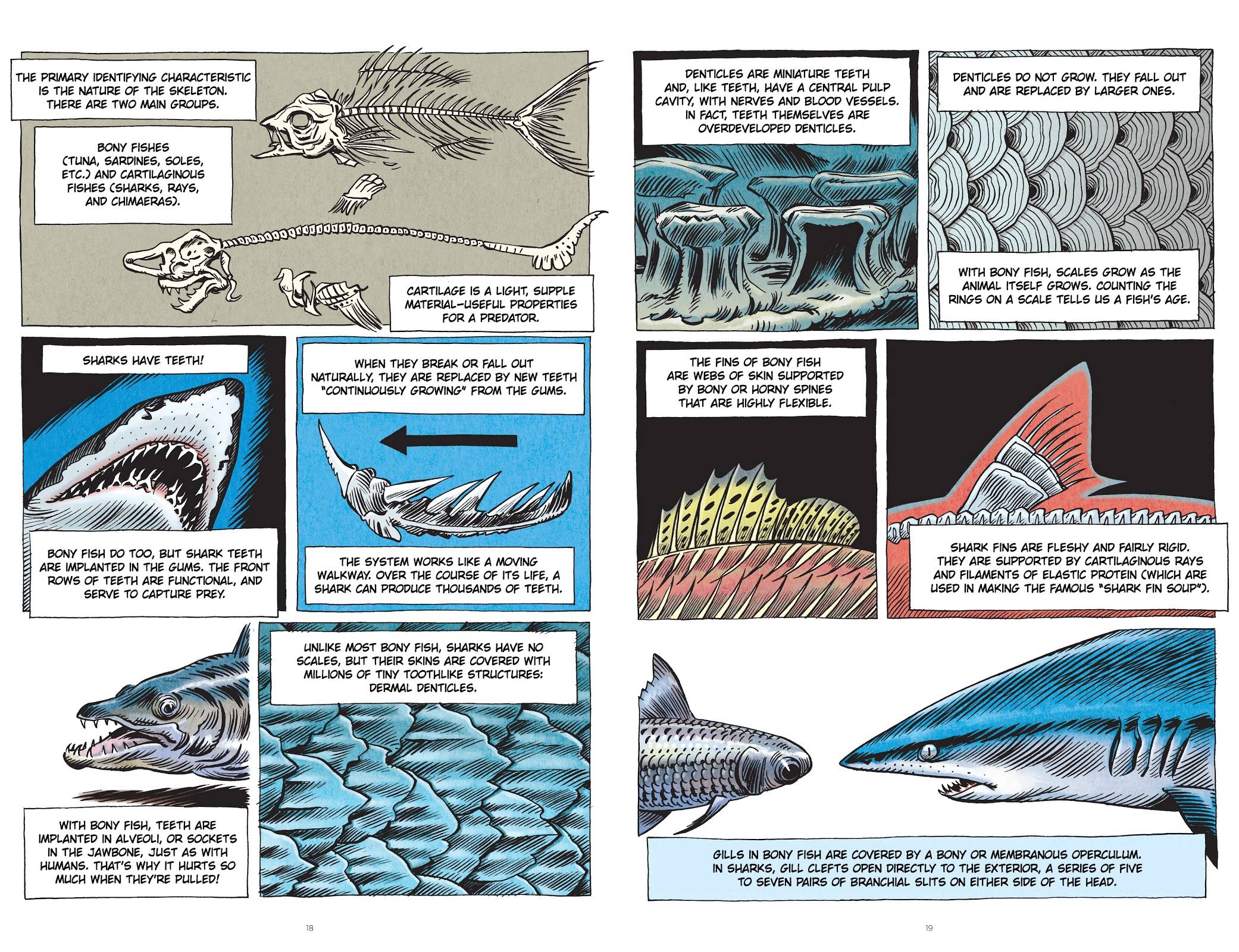 Sharks hold a fascination as deadly sea creatures, yet cinema notwithstanding, it’s estimated they kill only a dozen people a year. It’s unfortunate for those people, but in comparison dogs are responsible for around 25,000 human deaths annually. These numbers begin David Vandermeulen’s introduction tracing why sharks inspire such terror. Bernard Séret’s opening sequence is equally informative, noting that for all our fears, sharks have only really seriously been studied since the 1990s, since when numerous new species have been discovered.

If you really don’t know an awful lot about sharks, and let’s face it, that’s most of us, Séret drops one amazing fact after another. Just look at the sample pages concerning bones, teeth and skin. Being a marine biologist and one of the world’s foremost authorities on the species, Séret knows his subject, and is able to pass on his knowledge accessibly and clearly. On that score Julien Solé’s instructive art comes up trumps again and again. With such an efficient predator, the temptation could be to sensationalise, but he doesn’t, aware that the truth is astounding enough. Solé’s recreations of the shark’s prehistoric forms present jaw-dropping creatures, and the wide diversity within the currently living shark family is staggering, in form and colouring.

All the way through Séret continues to supply mind-boggling facts: sharks once populated freshwater lakes in Nicaragua; sharks never stop growing (although the rate of growth slows); it’s believed some sharks never sleep… and on and on. Séret ends by noting the importance of sharks to the marine eco-system and noting current conservation plans.

This is an excellent primer for anyone with even a vague interest in sharks, accessible without dumbing down. Yes, you probably could look up most of the information online, but why would you want to with such a concise, authoritative and attractively presented package. 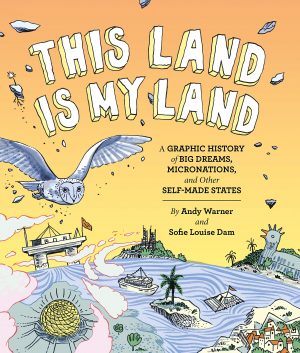