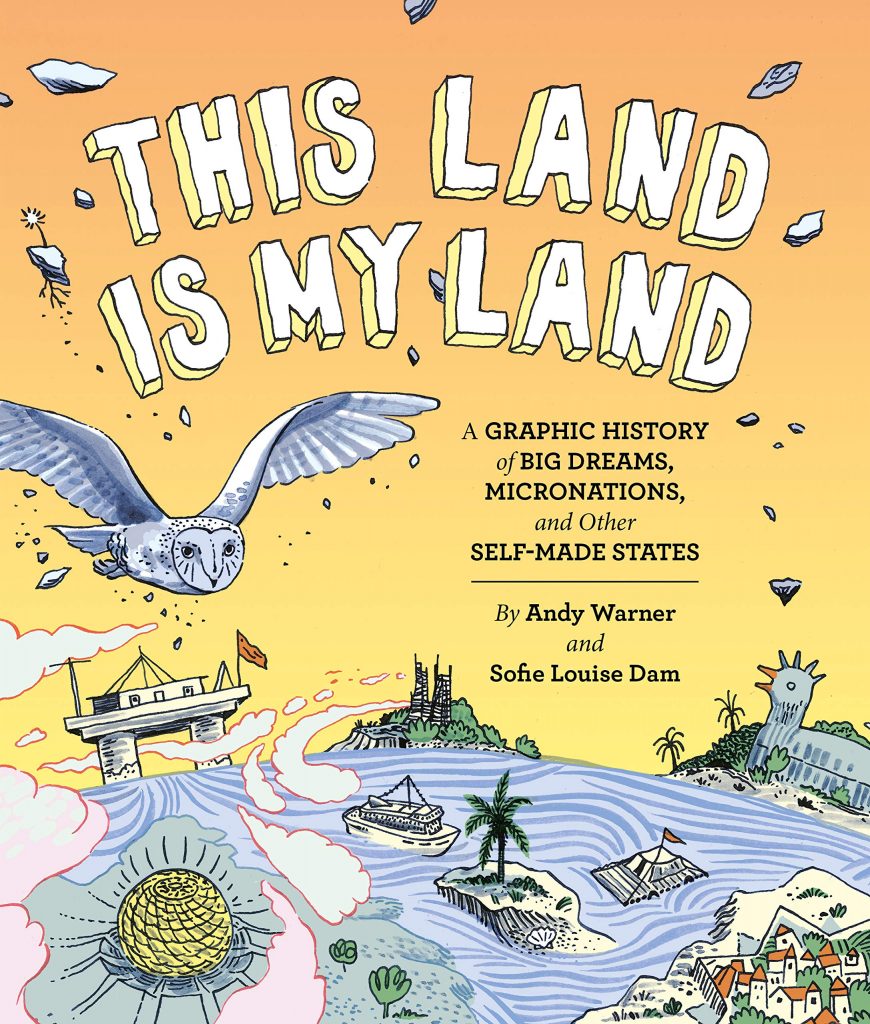 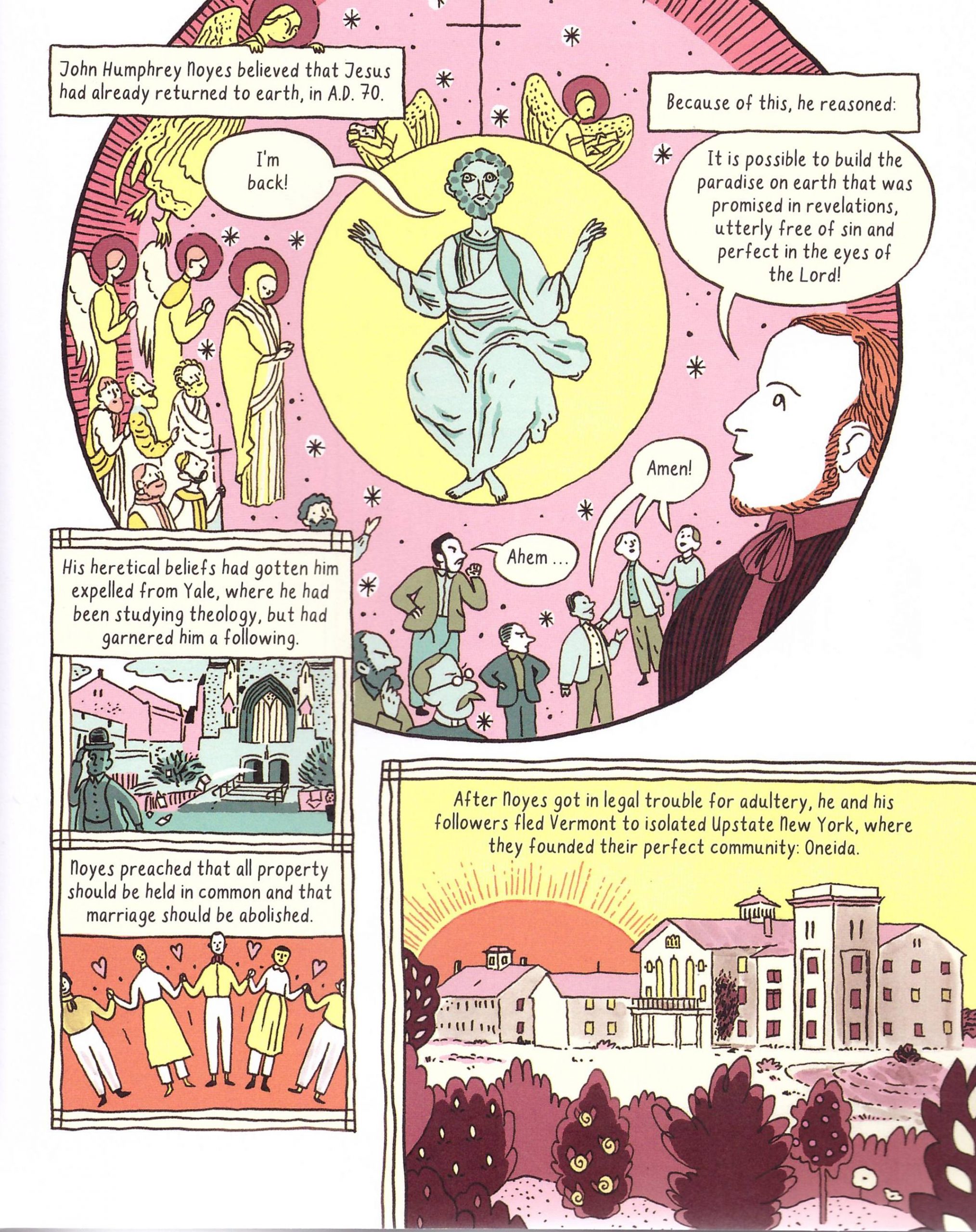 Fed up with your life being plagued by forces beyond your control? With the judgement of society? With small-minded bureaucrats? Why not form your own country or community? As Andy Warner’s research reveals, you’re not the first to have considered it, and a surprising amount of people have actually given it a go, ranging from an 18th century slave colony subsisting by piracy to a 1970s travelling lesbian community where everyone was called Van Dyke. In fact, they’re only the opening two examples with the remainder equally unusual and exotic.

Some still exist. The Kristiana district of Copenhagen was first occupied in 1971, and despite drug troubles it’s still there, and is among the city’s leading tourist destinations. There’s a kingdom run along traditional African lines in South Carolina, a micronation on an abandoned naval platform just outside British territorial waters, and Wayne Adams and Catherine King still live on their astounding and ever-changing floating construction near Vancouver Island. Take a look at footage of that one here.

Perceived or actual persecution, spiritualism, lack of opportunity or plain opportunism are the most common reasons for forming communities or nations, many begun with the wing and prayer idealism of the late 1960s and early 1970s, and a surprising amount issuing their own stamps. People once collected them. Sofie Louise Dam unites these achievements via a simple cartoon style, offering all the necessary detail, and a muted colour selection. Conveniently for those of us not intimately familiar with the location of Arizona, Laos, or the intricacies of the Croatian/Serbian border, many chapters begin with a useful map.

While the individual vision of anyone determined to split from their own country has to be admired, the legacies of people with artistic and creative aims who grafted for years are the most surprising and inspirational, yet least known, although sometimes equally bonkers. Such legacies exist around the world, with the story of Boyce Gulley’s Arizona castle a special heartbreaker. It’s depressingly common that the authorities see something magnificent created in isolation and sometimes kept secret for years, and their first response is to cite a lack of planning permission and seek to tear it down.

Warner steers clear of the unpleasant and controversial, so there’s no mention of assorted high profile pseudo-religious cults ending in tragedy. We’re provided with thirty examples, some highlighting the persistence of an individual, and all something of wonder and awe.