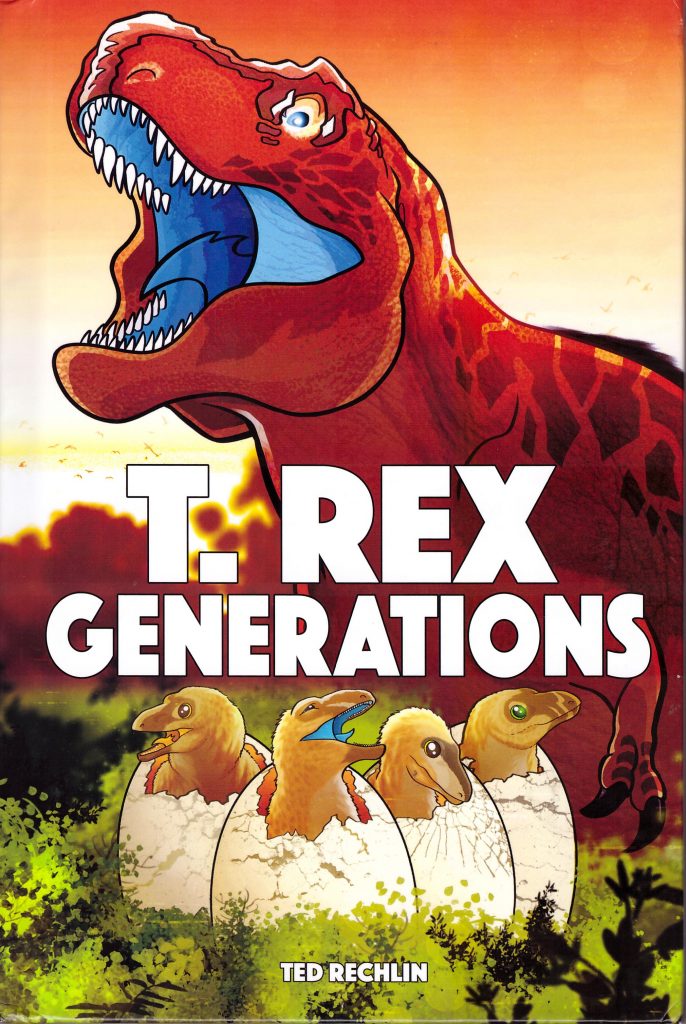 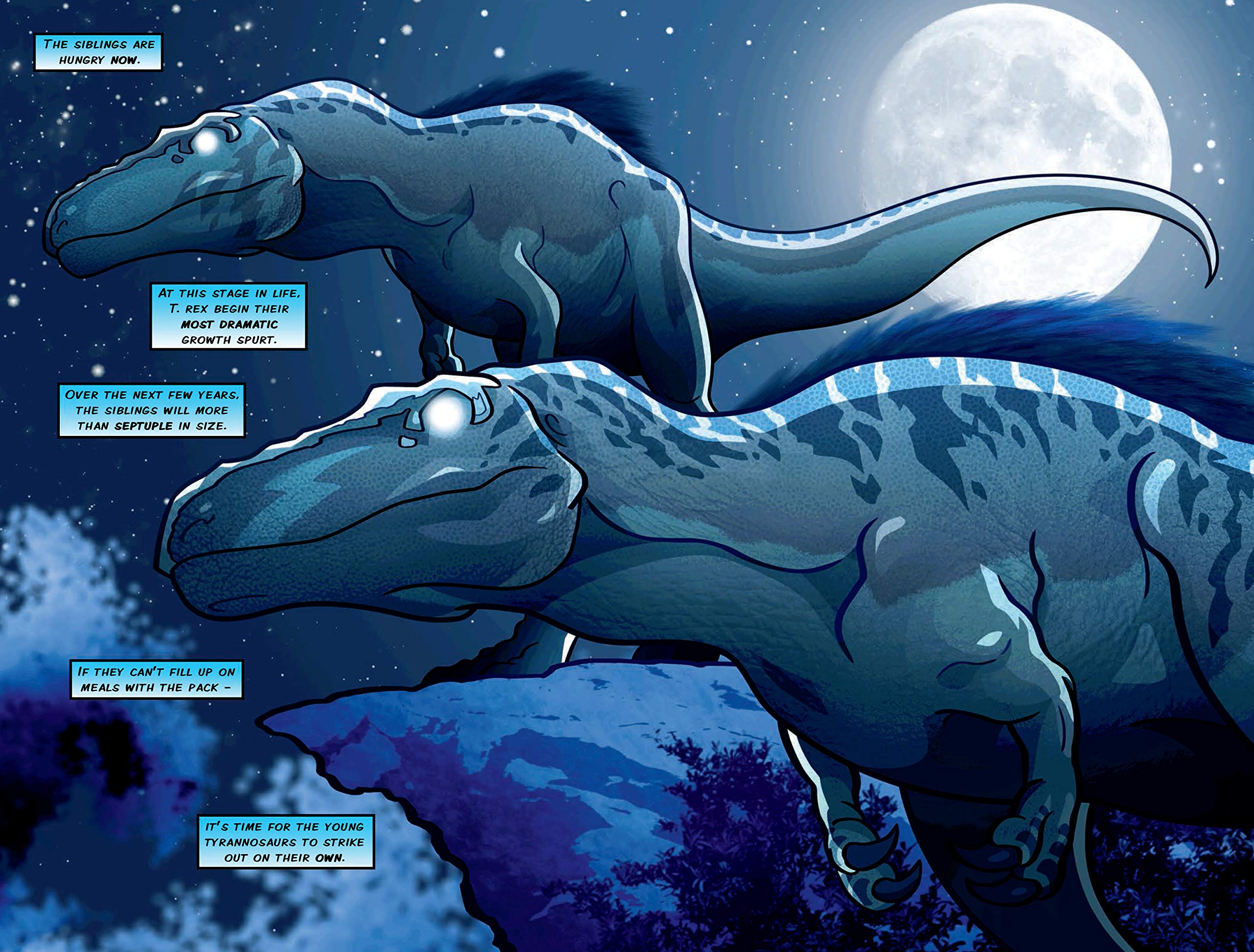 There’s not an abundance of graphic novels explaining and educating about nature, and possibly the best place to start is with the creature considered the most fearsome predator of all time. The Tyrannosaurus Rex was nine tons of pure savagery roaming the lands of 66 million years ago in the Cretaceous era. Ted Richlin’s all-ages graphic novel follows the lives of three hatchlings from their births, protectively watched over by parents Cobalt and Sierra.

Cobalt and Sierra have already been seen in Rechlin’s Tyrannosaurus Rex, to which this is a sequel, and while naming the parents may suggest an attempt to sentimentalise, that’s not the case, being a method of avoiding repeatedly referring to a mother and a father. In what’s a speculation about what life could have been like for a Tyrannosaur. Rechlin packs his story with great illustrations of the creatures, jaws agape, and that’s the hook encouraging youngsters to pick the book up and learn. It’s not only youngsters who’ll learn, as Rechlin includes other creatures of the era, both predators and prey, as he explores the dangers faced between birth and around eleven years old. At that point the Tyrannosaur isn’t fully grown, but large enough to fend for themselves and to give pause for thought to other predatory creatures.

While having some fantastic subjects, Rechlin doesn’t always make the most of the visual opportunities, or supply much variety. Illustrations of the dinosaurs are good, but repetitive, almost always seen in close-up with very basic backgrounds. Only a few spreads diverge from this, and a more attractive looking book would have resulted from some different viewpoints, and a greater sense of the environment the Tyrannosaurs occupied. On the few occasions this features it’s as blurred foliage.

Palaeontologists have advanced the knowledge of how dinosaurs lived considerably generation by generation, and Rechlin draws on the most current research to inform his story. Far from being mindless savages, it’s now considered the T. Rex was among the more intelligent dinosaurs, with a larger brain than most permitting more structure to their lives. Rechlin brings this through, along with, incredible as it may seem, the dangers of being a T. Rex. Generations engages well, and should become a school library staple.