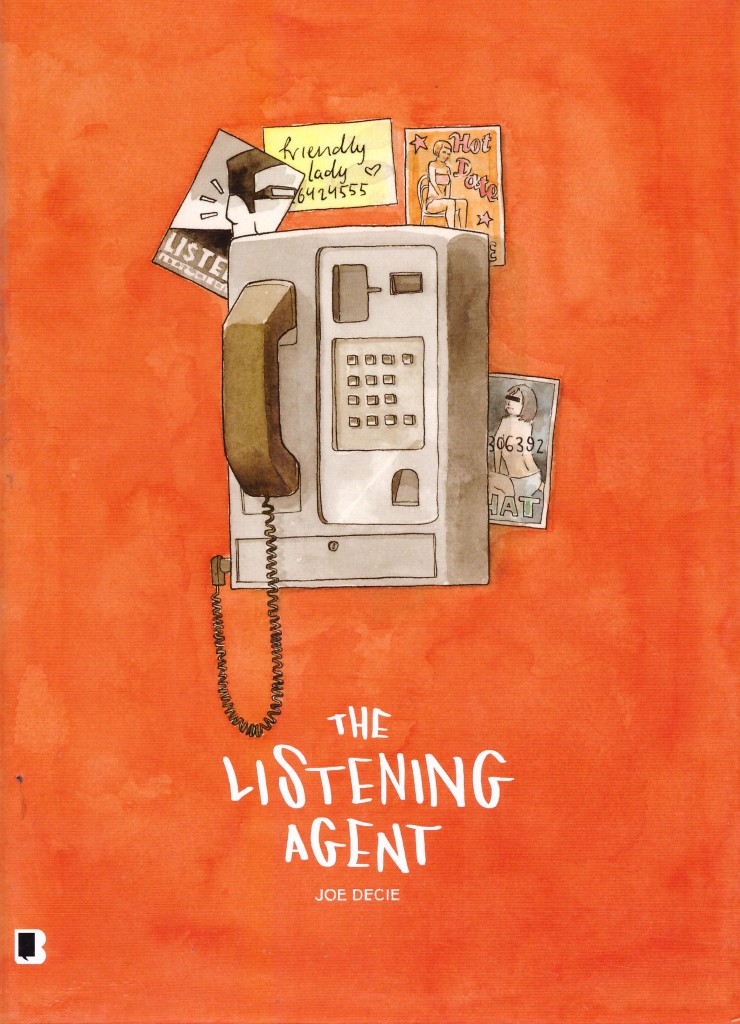 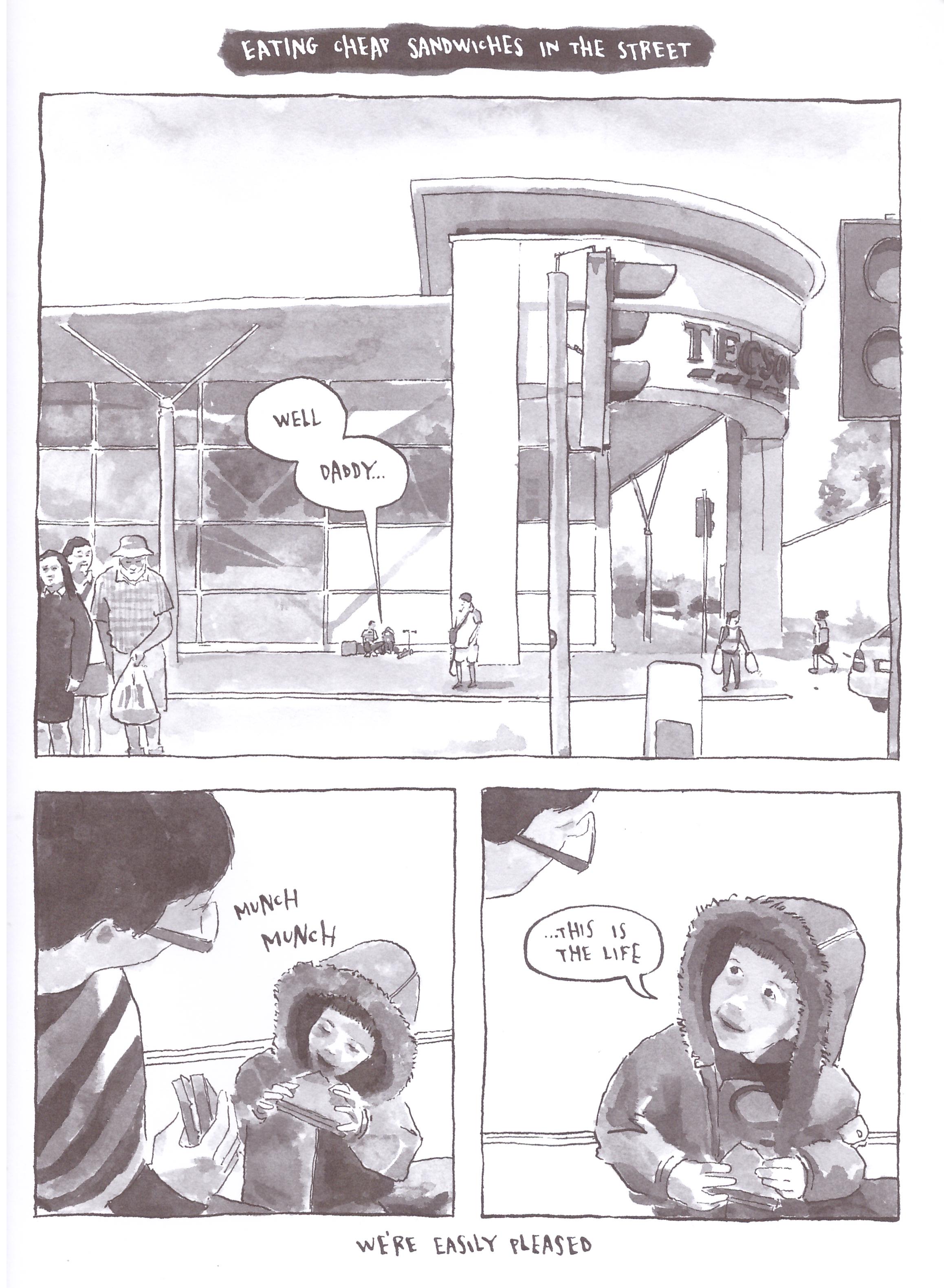 Joe Decie’s is a man of several valuable talents. He’s a great observer, prone to capricious and often surreal extrapolations, and an excellent artist. These combine for a sparkling selection of short strips, some not extending beyond two panels, that consistently raise a smile from the everyday and the mundane.

His previous collection, The Accidental Salad, followed much the same pattern, but this shows a continuing artistic progress. While talented from the beginning, there’s slightly more detail to features in this material, although a debt to Eddie Campbell’s artistic approach remains obvious. This is also apparent in the observational commentary, but what prevents The Listening Agent being mimicry or homage is that the material only works due to Decie’s individual views on life. These are wonderfully idiosyncratic and in a manner similar to the best comedians, unique to Decie.

There is a title strip, in which Decie details his career on the phone listening to the problems of callers, but it might equally refer to Decie himself, as a significant percentage of the content comprises of comments made by others, mostly his son. This is one of two primary categories, the other beginning with an ordinary moment then inflated into something wonderful, and often silly. An example would be the idea of freezing drunken conversations for overnight storage and defrosting in the morning to refresh the memory. On a rare occasion, such as the beautifully stated featured page, there’s an almost serene perfection. Serenity is a prevailing mood, even during moments of great absurdity, and Decie could market his strips as calming aids.

The gentle nature of the humour won’t appeal to anyone who wants more bite to their commentary. Decie is a tutter, not a screamer, but there are enough screamers already producing graphic novels. Anyone wanting to sample before buying is directed to Decie’s generously proportioned website.