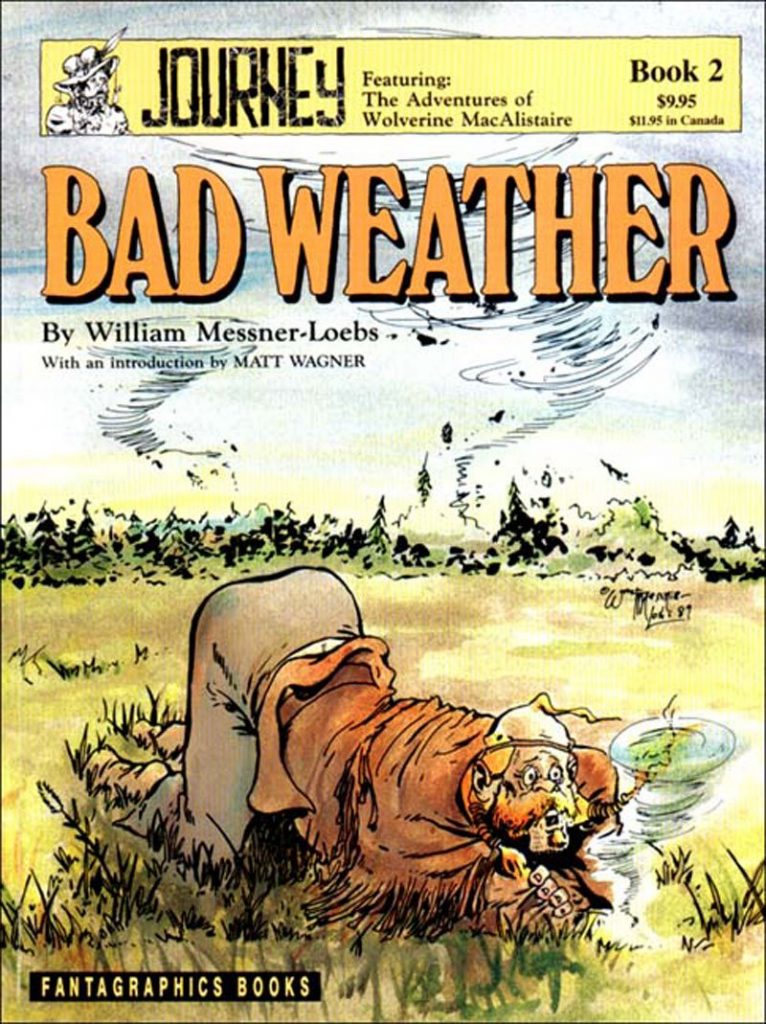 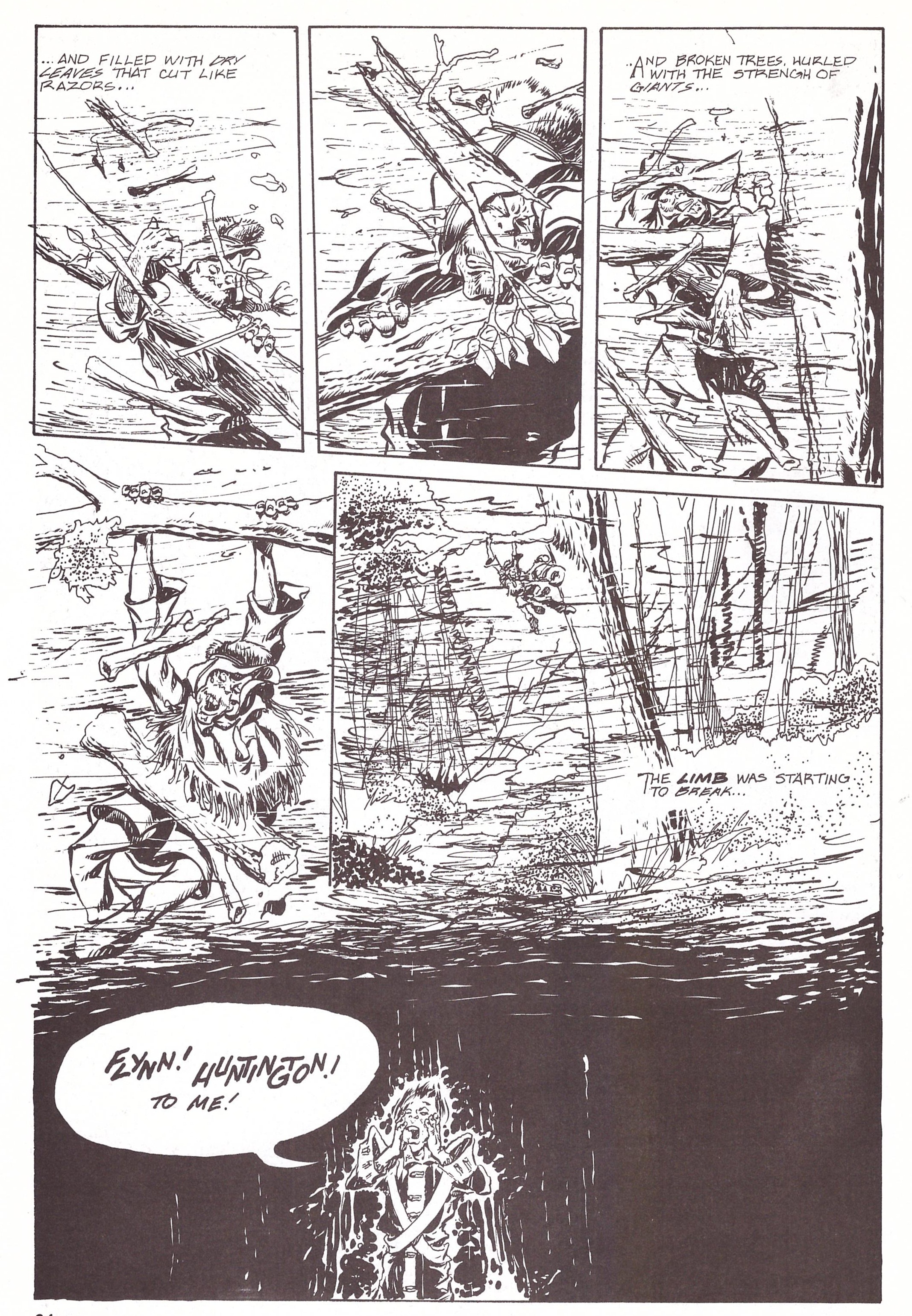 Some stories survive serialisation, skating through the pitfalls with poise, and others grind clunkingly when read as anything other than individual episodes or large chunks. His introduction reveals William Messner-Loebs is aware Journey is among the latter category, writing of a desire to resequence, but the way he’d originally structured the stories prevented this. Some foreshadowing that comes to nothing in this collection, whimsical cameos of characters from long-forgotten series are intrusive and some people included have almost zero purpose. None of this means Bad Weather is poor, just not the satisfying experience provided by Tall Tales.

Early 19th century frontiersman Wolverine MacAlistaire remains a fascinating character, a lifetime battling nature endowing him with formidable survival skills and giving him a perspective on the concerns of others, Messner-Loebs sometimes supplying this with some wonderfully dry dialogue. The amount of research carried out to supply the survival lore is impressive, as is the way it’s worked in, never preaching, always practical, with an occasional astounding effect. The reason Messner-Loebs couldn’t resequence pages set in Fort Miami, which is visited in later episodes not included here, is because he’s used a great piece of information about the dangers of alcohol in freezing conditions.

It’s now winter in rural Michigan, which means heavy snow and the possibility of tornadoes. Messner-Loebs integrates both into Bad Weather, MacAlistaire needing all his survival skills to cope with the conditions, and even then thankful for help. Something underlined is that in remote country it’s wise not to antagonise anyone. With conditions changing so dangerously, they could later have your life in their hands. Messner-Loebs briefly follows up on the novice travellers seen in Tall Tales, but the primary supporting character is the deluded Herbert, third Earl of George, convinced he can reclaim the USA for the British. The contrast of sugar spoon entitlement with backwoods ways makes for an engaging comedy couple when they’re stranded together, and Messner-Loebs also introduces the fearsome Fitzhugh. It’s not apparent here that the innocent fort guard is another good character, but to discover that you’ll have to buy this content again along with the continuing chapters as part of IDW’s welcome reissue of the entire Journey saga in 2007.

There are places where Messner-Loebs can take the easy artistic route, with snow and darkness prevalent, but otherwise Bad Weather showcases the rich caricaturing we’ve already seen, resulting in wonderfully evocative people, and incredibly well designed scenes. There is an obvious stylistic debt to Will Eisner, but consider how few other people have pulled that off effectively. MacAlistaire attempting to out-run a bear in Tall Tales was outstanding, and while not as extended, his battling the winds early in these pages is equally impressive, this time MacAlistaire nowhere near in control of his survival.

Bad Weather is the final oversized Journey collection published by Fantagraphics. As the story is complete in IDW’s two volume reissue it may seem redundant, but the illustrations of a good artist are always worth studying at a larger size.